Was Chidi Sent to Reform the Afterlife's Unfair System on THE GOOD PLACE? - Nerdist

Was Chidi Sent to Reform the Afterlife’s Unfair System on THE GOOD PLACE?

Chidi has always been an odd fit with the other humans on The Good Place. Unlike Eleanor, Jason, and Tahani, who were selfish and greedy, Chidi dedicated his life to doing the right thing at all times. The divide between him and the rest of the group has only grown in season three, as we’ve learned more about their terrible parents. The more we uncover about their time on Earth, the more he feels like an outlier in the group. So was his placement in the “bad place” cosmic comeuppance for accidentally torturing his loved ones in life? Is he an ethics professor forced to spend an eternity with three unethical people? Or have the results of Michael’s accidental experiment revealed Chidi’s placement to be the total opposite? Did a supernatural being put him there to help destroy the afterlife’s broken system? 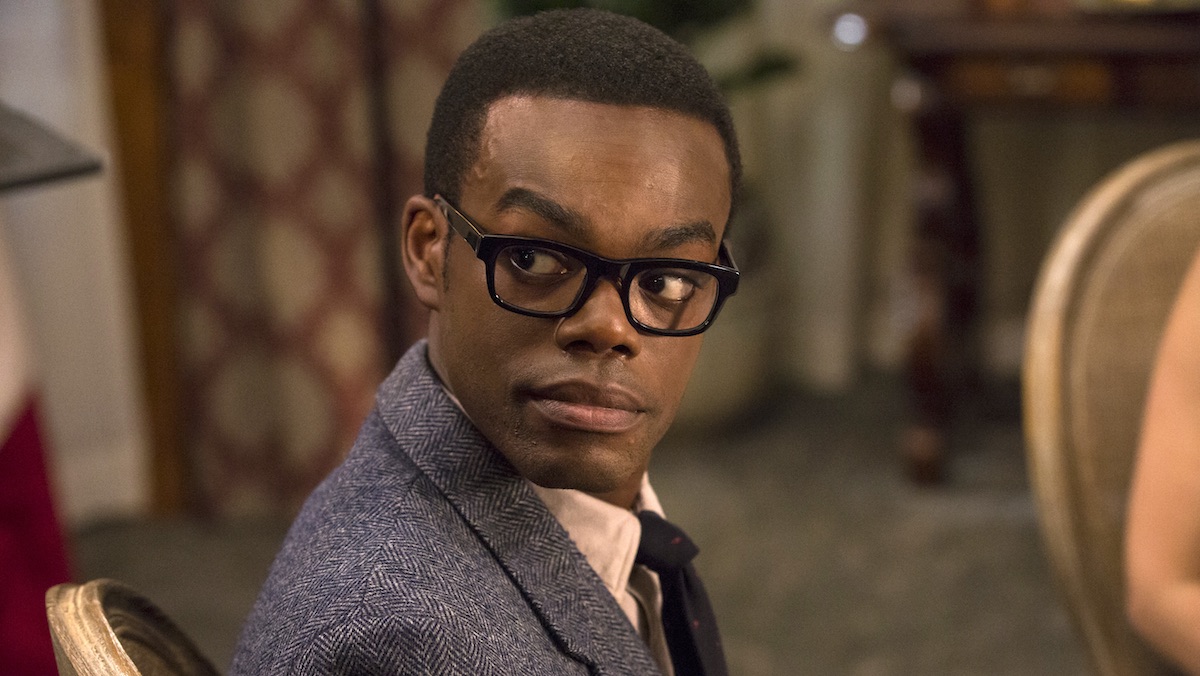 The Good Place‘s afterlife system is about accumulating points. A good deed scores you points; a bad one takes them away. Eleanor was a “selfish ass,” and Jason was a mindless criminal who grew up throwing empty spray cans at flamingos, so they earned their punishments. The system also takes into account intention, so a good act done for bad reasons won’t help you. Tahani, an egotistical, insecure narcissist, raised billions of dollars for charity, but because her motives were impure they didn’t count. Harsh but fair. Her work certainly helped many people, but she did it for bad reasons, and no one gets “moral dessert” for doing something solely to earn praise.

But not accounting for intent always seemed too cruel for someone like Chidi. He most certainly was a maddening, huge pain in the ass to his friends and family, but not out of malice. He was so paralyzed by fear of doing the wrong thing – which often isn’t even definable – he couldn’t do anything. We’re not saying we would have wanted to be friends with him, but it seems wholly unjust that someone who always meant well and cared about acting morally would be damned for all of eternity because he was annoying. Chidi didn’t deserve to be lumped in with the rest of them, and any system that would send him to the bad place needs to be revised. 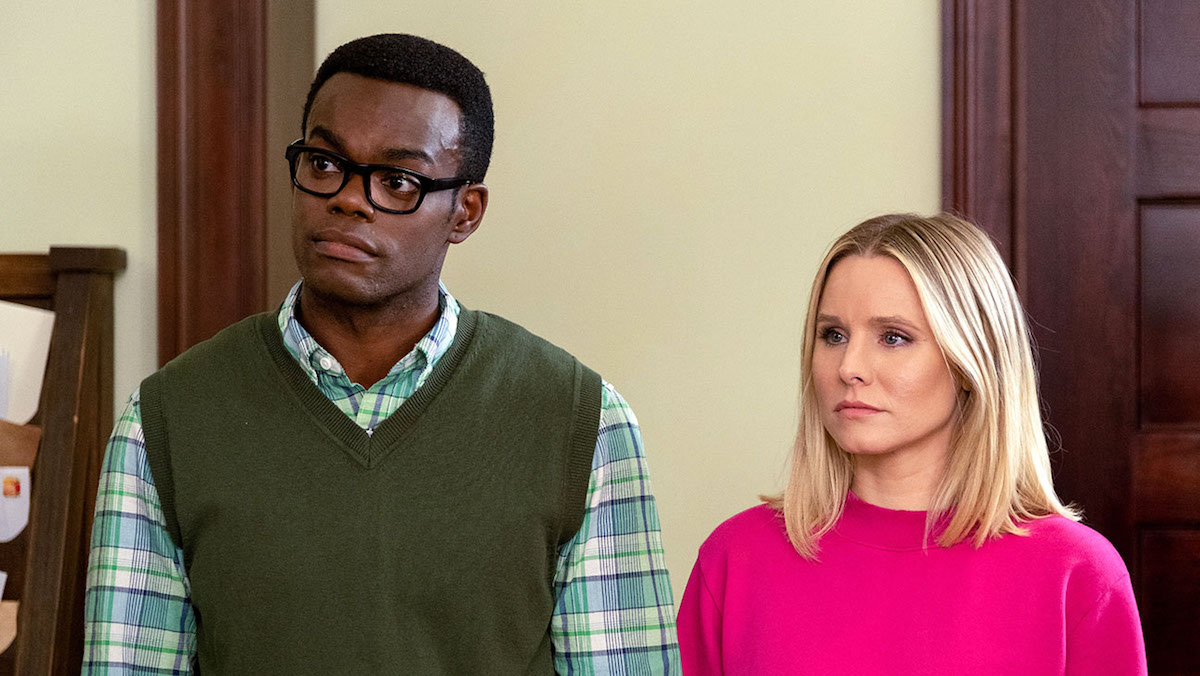 Season three on Earth has separated Chidi even further from the group. We knew Eleanor’s parents were horrible, but to find out her mother was capable of love made Eleanor’s childhood even worse. Same goes for Tahani’s despicable parents. They are even worse than we thought, now that we learned how they drove their daughters apart with stupid competitions that left both of them broken. And of course Donkey Doug, Jason’s idiot father, raised his son to be the exact same, ethics-free dumbass he is. As far as we know though, Chidi carries none of that baggage. He never complains about his parents; he seems to hold no scars from his upbringing. While we doubt they were perfect, at minimum they did something the other parents didn’t – they raised a moral child, the kind of person who shouldn’t go to “hell.” Chidi is clearly very different from the other humans he met there.

Now we know “fair” is the second stupidest word humans ever invented, but the afterlife system was clearly unfair to someone like him. Now we also know though it might have been unfair to the rest of the group too. As Michael said to the Judge:

“If I’m right, the very system by which we judge humans, the very method we use to deem them good or bad, is so fundamentally flawed and unreasonable, that hundreds of millions of people have been wrongly condemned to an eternity of torture.” 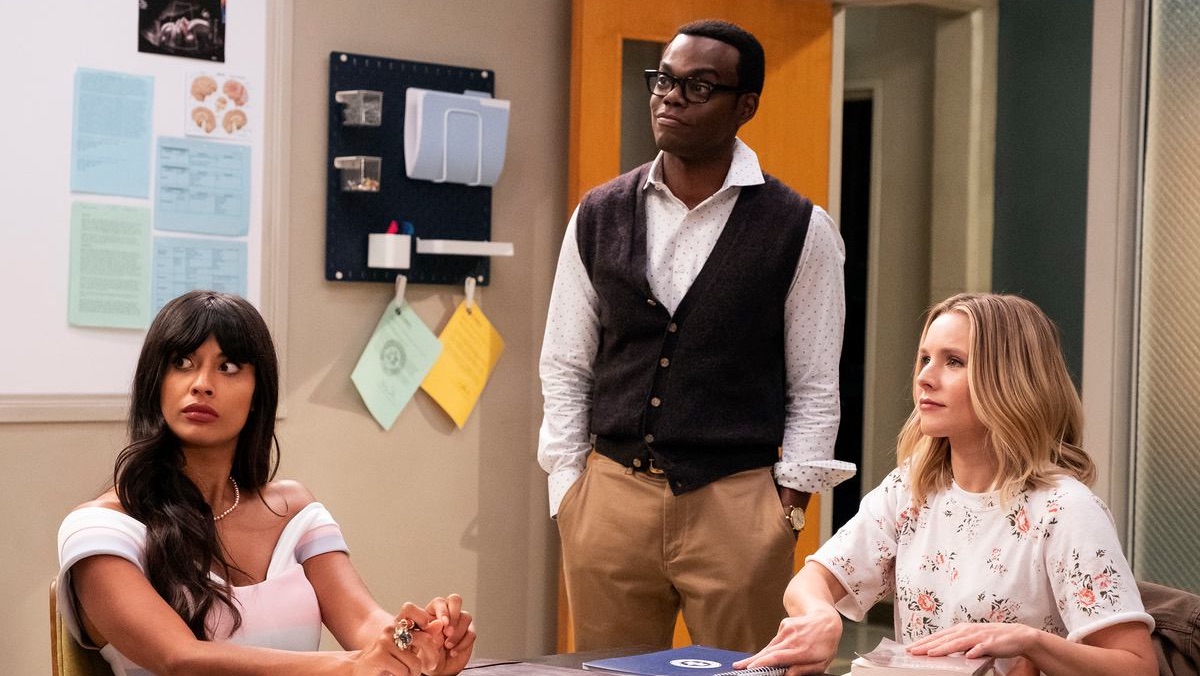 Except, Eleanor, Jason, and Tahani only “got better after they died” because they had their very own personal ethics professor. Without Chidi, Eleanor would never have started listening to the little voice in her head, and Jason and Tahani wouldn’t have ended up joining them and learning what it means to do the right thing. Like Michael said, people getting better after they die is “not supposed to be possible,” but how many dead people ever got their own ethics tutor? Chidi’s so good at that he helped a literal demon become good. What an amazing coincidence in a first-of-its-kind, all-new afterlife torture set-up…

We don’t know if there’s a “god-like” figure, but there certainly seem to be supernatural beings more powerful than Michael, the Judge, and Shawn. The Good Place afterlife is a bureaucracy of various management levels. What if someone higher up on the ladder, a being with some pull to make things happen, recognized the system was “fundamentally flawed and unreasonable” even before Michael? How would they try to expose its inherent failures without upsetting their boss? Maybe by taking three bad people with good hearts and giving them an ethics teacher who would never refuse to help them would work.

Maybe that’s why Chidi has never fit with the rest of the group. He wasn’t sent to suffer with them, he was sent to save them.