Why I Can't Accept THE GOOD PLACE Finale - Nerdist

Why I Can’t Accept THE GOOD PLACE Finale

The Good Place has meant a lot to me personally. Every week it made me feel better about the world, during a time when everything seems so awful. But my personal connection with the show is exactly why I found no peace in its final episode. I couldn’t accept that a series that said “we are not in this alone” would lead its characters to willingly leave their loved ones behind. Probably because I can’t accept mine would.

The Good Place‘s final episode tried doing what the show has always done. It tried to give us hope and comfort about being human. And being human means knowing someday you will die. Each of us will walk through a door into a great unknown, and there’s no way to avoid that fate. That’s terrifying and why, as Eleanor put it, “We’re all a little bit sad all the time.” The show has never denied that, and it didn’t in its finale either. Instead it offered what appears to be the best possible version of death we could hope for. 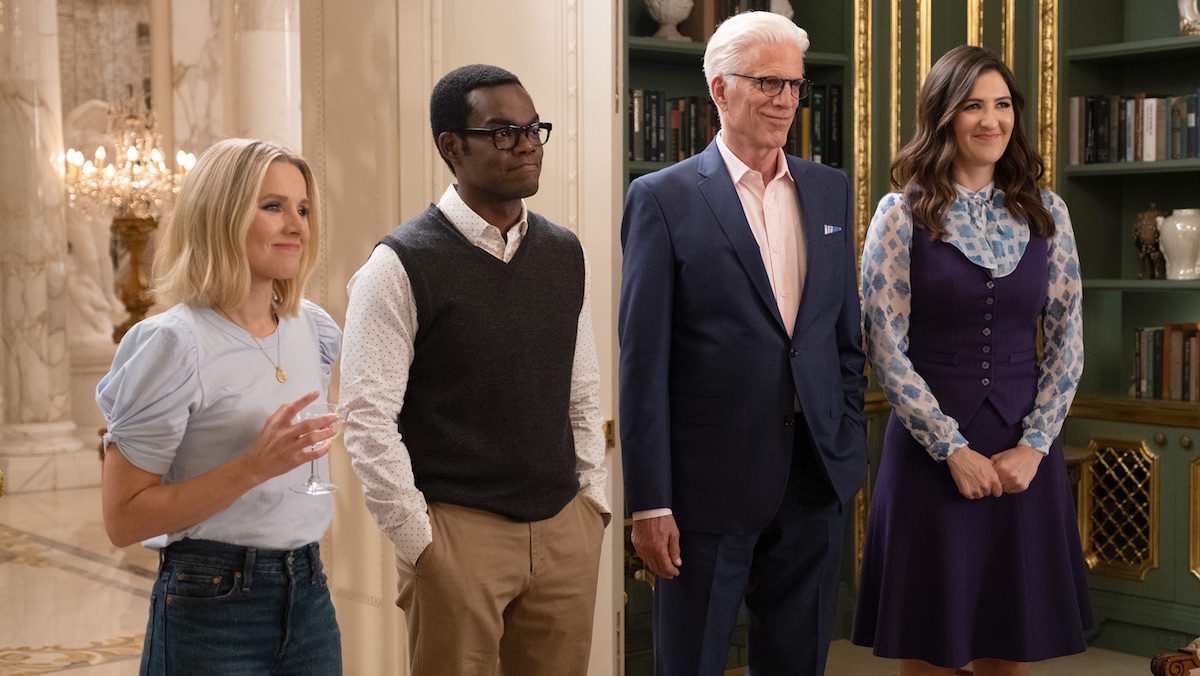 Most of us won’t be completely content and ready when we go. We won’t get all the time we need to play the perfect game of Madden. There’s no guarantee our endings will be peaceful, either. And aren’t likely to be afforded the exact date and time we go so our loved ones can throw us a big farewell party first. We won’t attend our own funerals.

There’s an obvious beauty to saying goodbye on your own terms, and only when you are ready and have nothing else you hope to accomplish. And yet as the episode continued I found myself feeling worse and worse about what was happening. Part of my reaction has to do with what it meant in the context of the series.

My favorite episode of The Good Place is the season two finale, a perfect 22 minutes of television. It ends with Eleanor, back on Earth and unaware of her experiences in the afterlife, seeking out Chidi. By this point, she has watched his lecture online, in which he answers the same question bartender Michael had asked Eleanor: “What do we owe to each other?” 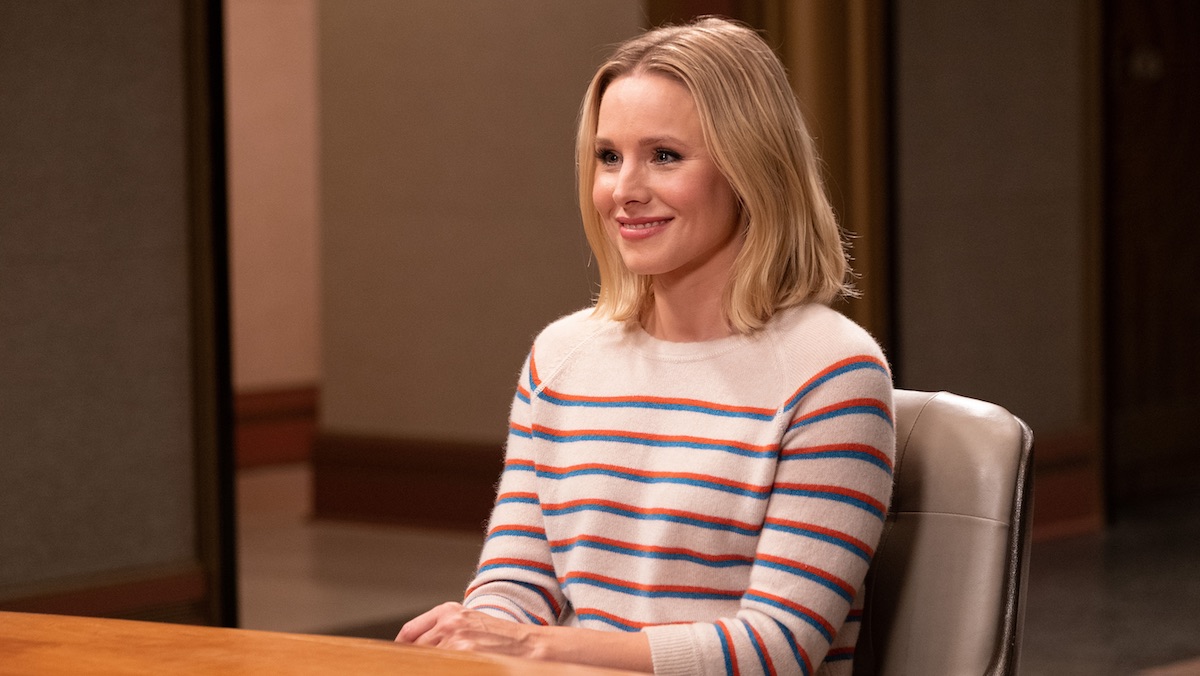 Chidi’s answer was that we should live ethical lives not for ourselves but for others, because “we are not in this alone.” It’s an idea so beautiful that it still hits me like a ton of metaphysical bricks every time I hear it. Yes, life is hard. Sometimes people are awful. Sometimes the world is an evil place. It’s easy to be sad and scared, or angry and disappointed by life, especially when we don’t know if all this suffering will matter because we don’t know what follows this existence. And yet that’s all okay because we don’t have to go through any of that alone. We can rely on each other to make the best of the only thing we are guaranteed—this life.

But if that’s true, how could Chidi ever be perfectly content and ready to “die” when it that meant leaving Eleanor on her own? How could Jason love Janet but be okay leaving her behind? Sometimes life is too painful for some to go on. The pain is unbearable and they feel like they must leave us. But how can someone who is happy walk through that door into the void when they also know how sad it will make those left behind? 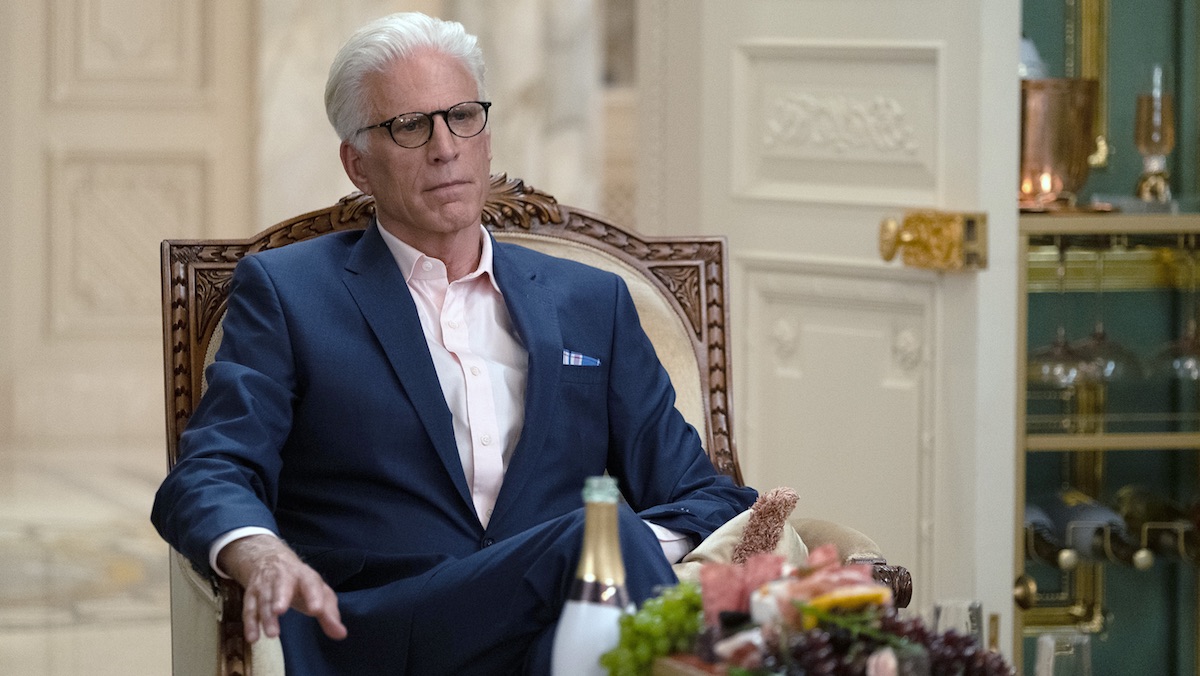 In giving its characters control over their own endings, the show made them responsible for the consequences of these endings. Chidi passed on because he wanted to. But death is not just about those who are gone; it’s about those left behind. The Good Place‘s seemingly ideal version of dying couldn’t avoid that inescapable sadness. But by trying to do so, it took away one of the few comforts we can find when our loved ones leave us—it wasn’t their choice.

It’s hard to accept they would do so with a smile. Though that might be because I can’t.

As the episode went on I kept thinking about my sister Kayla and my best friend Mike. I can’t accept that if they had ever been given the choice that they would have chosen to leave their friends and family behind. I can’t accept they would have ever left me. Like Chidi, Jason, and Eleanor, I do wish they got to leave after having lived full lives, when they were happy and ready. And I wish I got to say goodbye to them both. But at least I know they didn’t choose to leave. They didn’t leave me with that to carry alone.

There was something else that bothered me just as much though about seeing characters I love make the choice to walk through that door. 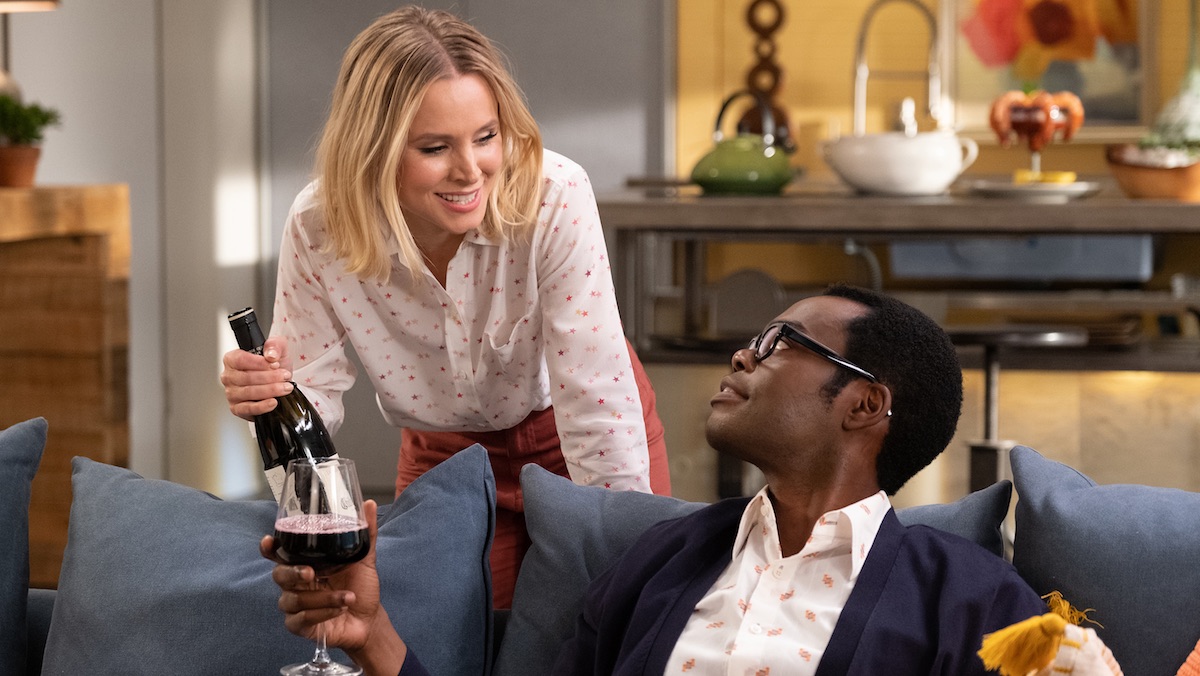 I watched the finale with my wife, the person I love more than anyone in this world. And every time a character approached entered the woods I couldn’t imagine making that choice. I couldn’t imagine leaving my wife behind. Some days grief and sadness feel like they will drown me. I don’t know how I will get to the next one. And in my darkest moments I think the world might be a better place without me. But I know it wouldn’t be for her.

So even if I don’t value myself enough, it’s enough to know I am loved. That’s why the thought of her waking up alone gives me the strength to do everything I can to make sure that won’t happen. It’s not always easy, but I will fight as hard as I can for as long as I can to make sure I’m there beside her every morning until I have no choice but to go through that door into the great unknown. 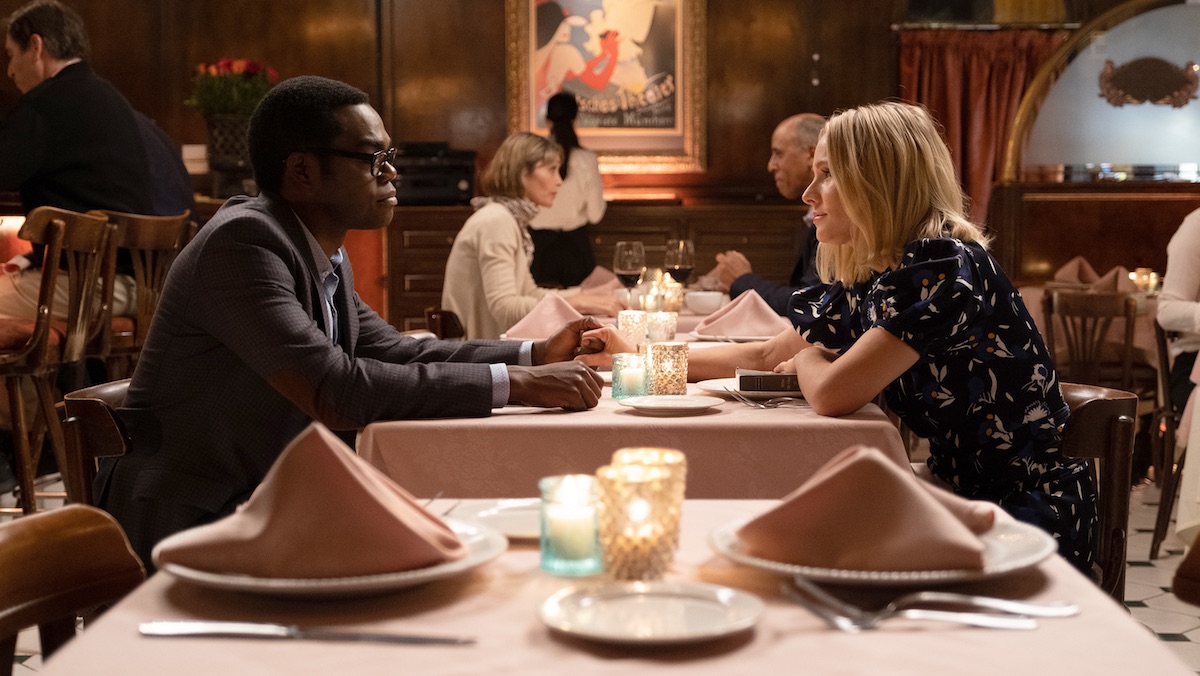 I do think I understand why The Good Place‘s send-off worked for so many fans. Ultimately, we don’t have a choice. Death is in inescapable. Like all of us, each of them had to walk through that door someday. At least they got to choose when and on their terms, and only when they were ready and had a chance to say goodbye. We should all be so lucky someday.

But it didn’t work for me because they were also given something we never will. They had a choice, and they had a choice to never go through that door. I can’t believe any of them did.

I found no hope in the show’s ideal version of death, because I know there’s no such thing. We can’t escape the pain others feel when people leave us, and we can’t spare them the same when we go. Fortunately I will always find hope in The Good Place‘s message that we are not alone.

It’s the idea that gives me comfort and meaning and purpose when those are hardest for me to find, especially when I think about those who are no longer with me.