The Big Easy. Crescent City. The City that Care Forgot. These are all nicknames for New Orleans, Louisiana, and it’s far from a complete list. The city has many different sides and during a recent five day, all-too-brief visit, I barely had time to meet its various personalities and shake their hands. What I explored, however, was endlessly charming. That word isn’t adequate to describe the way the moss-covered tombstones, the pungent Bourbon Street, the elegance of the Garden District, the tangible moisture in the air, and the hospitality got under my skin, but I’m using it anyway. My first trip to New Orleans taught me it’s the sort of city you never forget and the kind of city that will never really leave you.

I didn’t intentionally seek out connections to pop culture while I was there, but I didn’t have to because I simply stumbled into them. The city is the backdrop (real or re-created) in film and television so often it’s a challenge to find a corner that doesn’t remind you of something you’ve seen on screen. The recognizable architecture and narrow streets give you a superficial familiarity with the city—and maybe those ties you think you have to New Orleans help draw you in. 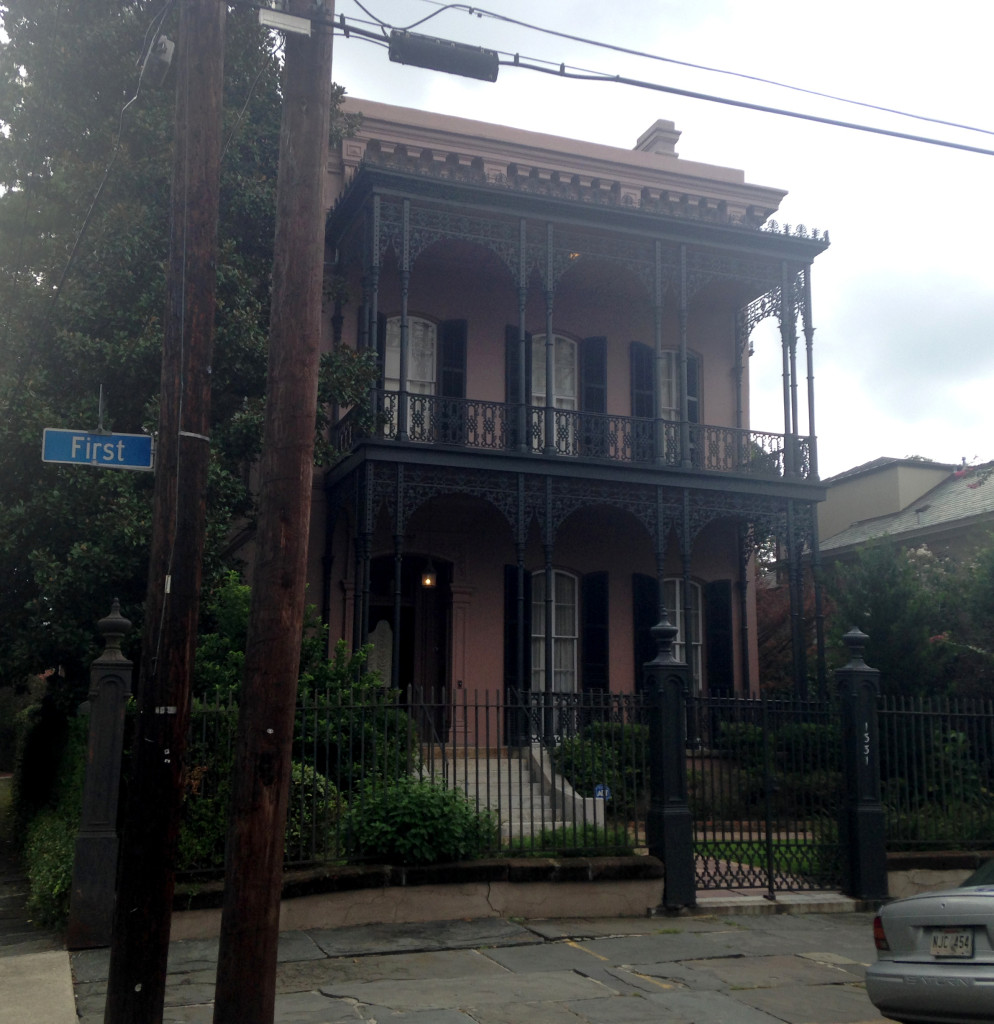 Where to begin? Maybe with casual places I experienced while wandering the Garden District with a tour group. Among the grand homes in the Garden District, we saw a pink home at 1331 First St. that—according to the guide—inspired the look of the Haunted Mansion in Disneyland. I can’t verify the claim, but I did note similarities in the exteriors and Walt Disney liked the city enough to include New Orleans Square in the California theme park, so the connection is possible.

Continuing along First St. (1239) in the Garden District, you’ll find Anne Rice’s former home and the setting for the Witching Hour novels. The gate surrounding the home has features intended to look like rosebuds, but my first thought was they looked like skulls. I’m sure the interpretation says something about my personality. 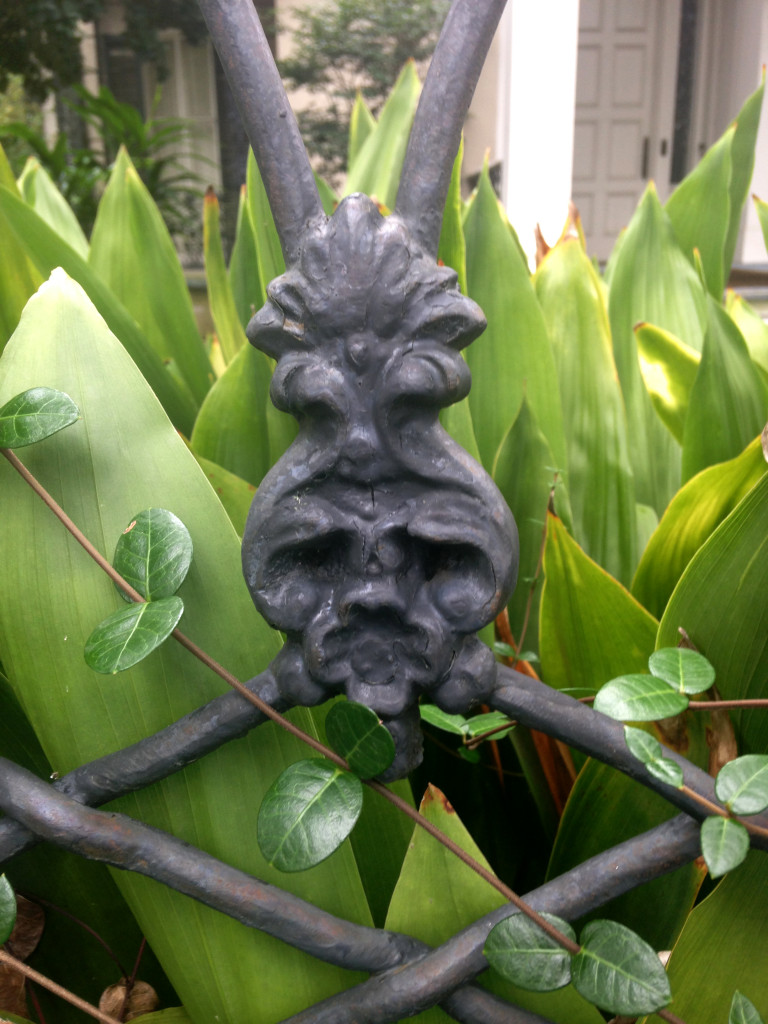 Other Anne Rice story connections in New Orleans: Louis the vampire has an empty tomb in St. Louis Cemetery #1 in Queen of the Damned, the Mayfairs have family dinners at Commander’s Palace (home of $0.25 martinis) in the Garden District, and Aaron Lightner’s place in The Witching Hour was the Hotel Monteleone (home of the Carousel Bar—look, I embraced the full New Orleans experience). 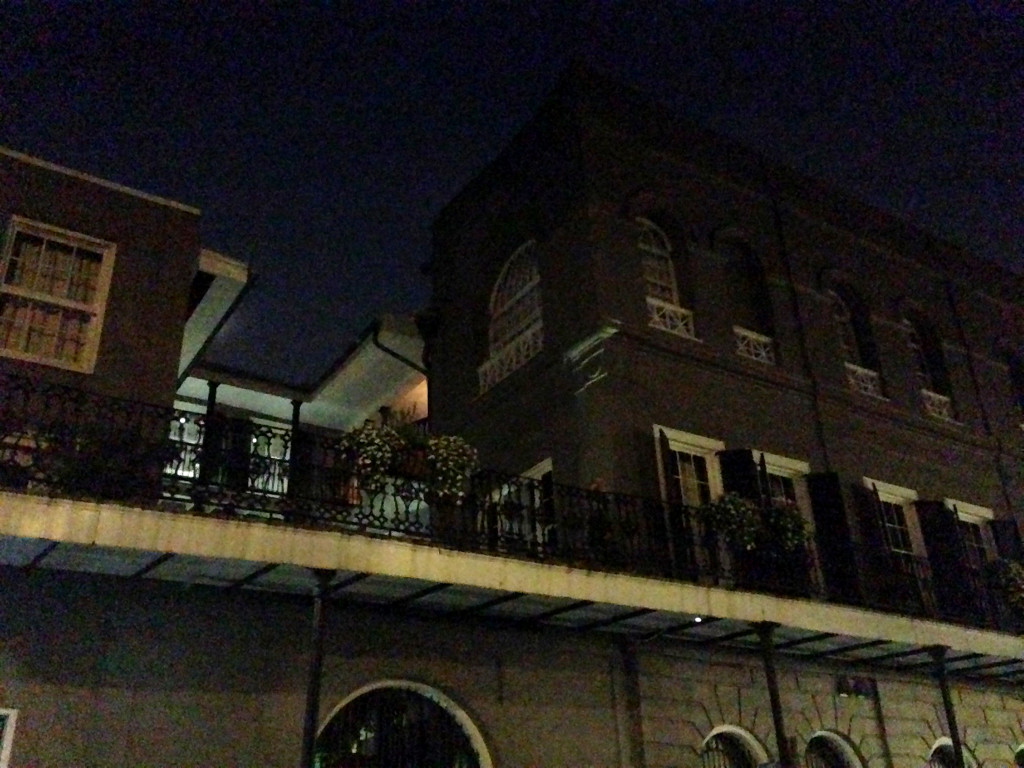 While on a nighttime ghost tour that thankfully wasn’t scary but was amazingly humid and hot, I saw the former residence of Delphine Lalaurie. She was portrayed by Kathy Bates in American Horror Story: Coven, and the tour guide insisted even though Madame Lalaurie was depicted as a despicable woman in the show, she was far worse in real life. She reportedly abused her slaves; when there was a fire in the home, seven slaves were discovered chained up and horribly mutilated. The actual site of the Lalaurie Mansion is at 1140 Royal St. in the French Quarter; the residence is a stop on basically every ghost tour. In the series, exterior shots of the Lalaurie home were captured at the Gallier House at 1132 Royal st. You only have to wander the French Quarter to find multiple locations from Coven. You can go as far as St. Louis Cemetery #1 to visit the actual tomb of Marie Laveau. 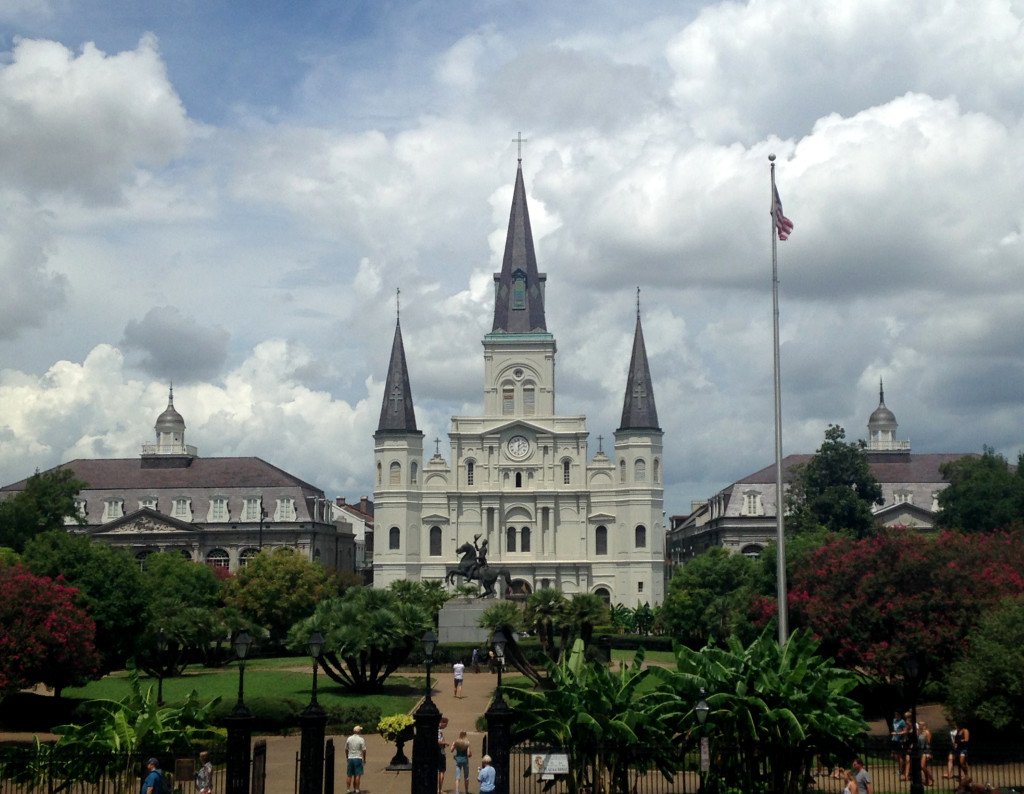 While we’re on the topic of the supernatural, The Originals is all about New Orleans. Though The CW series is largely filmed near Atlanta, Georgia, it does feature locations from the Crescent City. In the show, the Mikaelsons were responsible for actually establishing the city. They’ve shot scenes in the Lafayette Cemetery #1, the Hotel Royal, in the streets of the French Quarter, and in front of the St. Louis Cathedral. Related: The Originals gets points for several New Orleans nods in their episode titles. 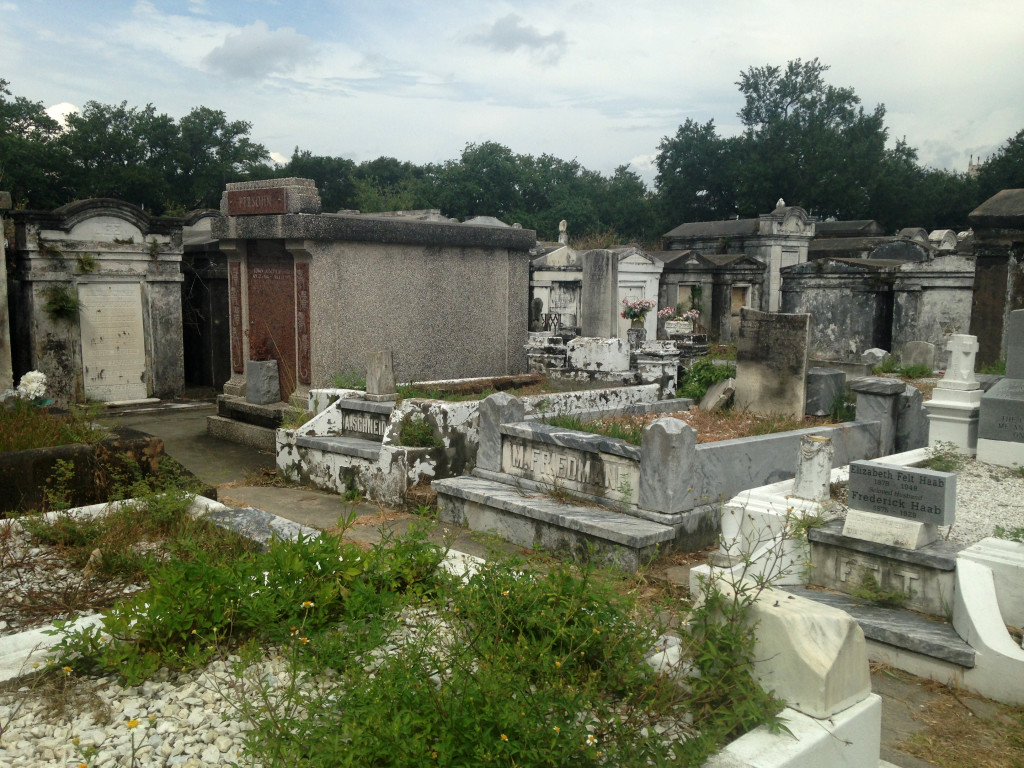 It’s not all about witches and vampires. Disney’s The Princess and the Frog takes place in New Orleans, and the location is more of a character than a setting. The animated movie is set in the 1920s, but you can still view some of the places seen in the background. There are the streetcars, St. Louis Cathedral, beignets (for the love of all things holy, go to Cafe Du Monde and eat beignets even if it’s a million degrees with an equally high humidity percentage), and Leah Chase. She’s the woman who partially inspired Tiana, and you can visit her restaurant Dooky Chase.

And the ties to pop culture go beyond physical sites. One of my tour guides spotted by Rebel Alliance tattoo and with pure enthusiasm in her voice said, “I need to tell you about the Chewbacchus.” While we walked to our next stop, she filled me on the spirited crew. The members of the group put together a sci-fi themed Mardi Gras parade with floats and costumes inspired by but not limited to Star Wars. Because of course.

The city is obviously much more than its geeky parts. Locations listed here make up such a tiny amount of New Orleans and what makes it so damn endearing. If you visit, I encourage you to use your feet to explore as many streets as you can. Soak it all in and know you’ll likely be planning your next trip as soon as you board your flight home.

Location: New Orleans, Louisiana
Admission: Not so much applicable here – walking around and exploring is free but you will have to pay something to gain entry to St. Louis Cemetery #1 because you will have to be accompanied by a licensed tour guide (no admission for the general public).
More Information: NOLA.com, Free Tours by Foot

Have you ever been to NOLA? Have a location you’d love to see on The Geeky Traveler? Let’s hear it in the comments!