Everyone knows how that D&D is 90% improv, but improv is intimidating! Where does one start? Back in 2015, Dungeon Master, streamer, and improv actor Tom Lommel gave some tips on Twitter about how to develop improv skills and how to use them at the game table. You might have seen Tom on D&D: The Improvised Campaign (which we host on our Twitch channel every week!) and as the Dungeon Bastard under the alias Bill Cavalier. We’re going to break down his advice and help transform you into a top notch improve DM. Learn this stuff well and you’ll never have to prep for a game again! At least, not for more than 10 minutes or so.

We go pretty in-depth in our analysis here, but if you want to read the whole thread yourself, it’s definitely worth your time. And the follow-up thread from 2017.

“I dispensed with the idea that improv is just “make up whatever you want” nine months ago.”

The single most important lesson in improvisation is that there is more to it than just making stuff up. Everything you “make up” is based on a set of rules you’ve created in order to keep the story coherent. Just winging it tends to create stories that are full of holes and aren’t very much fun for anybody. A structure’s job is to:

With that in mind, what the heck is a structure? The answer is: whatever you want them to be. If that seems uselessly vague, allow Tom to explain. “All improv is centered around a structure. Sometimes it’s as simple as “Yes, And.” […] Improv has form. The best structure for improv in RPGs: Establish the premise, [then] heighten/expand it, [and then] twist the premise to reveal a new truth. That’s it.” 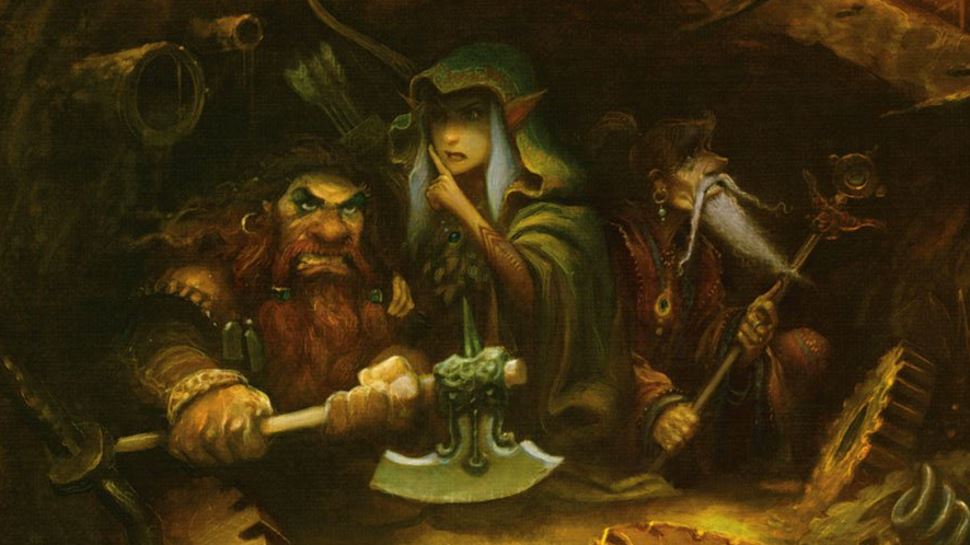 “Improv can only work if you relinquish the idea that it’s “your story” and embrace the fact that it’s OUR story.”

Simply put, a structure is just the system of rules that undergirds your improv, though sometimes you bend those rules to make it exciting. Sound familiar? Just like D&D rules exist to help you have a fun gaming experience, improv has structures that help you tell a good story—and both rules and structures exist to be broken once you’re comfortable enough using them. By now most D&D players have heard of the improv structure of “Yes, And.” It just asks the GM to allow the players to do cool things if they want to. Matthew Mercer uses “Yes, And,” all the time, he just says it differently. He says “You can certainly try.” Saying yes to your players’ wild ideas doesn’t give them carte blanche to do anything, but it does allow you to let your players help craft the story themselves.

That last point is vital. If you loosen up and allow your players to drive the story themselves, you’ve just saved yourself an incalculable amount of effort. In Tom’s words, “You’ve got FIVE brains working on the story instead of [one]. You’re crowdsourcing the coolness.” And if you’re worried that this sort of structure is “permissive” or will just lead to your players running roughshod over your carefully structured story, then this may not be your cup of tea. That’s fine. But I implore you to try this, even just for a one shot. Let go of your expectations and listen to what your players want. If you engage in the mutual give-and-take of group improv and your players give you goofy stuff, then “your players are telling you what kind of game they want to play,” and you should consider giving it a try. 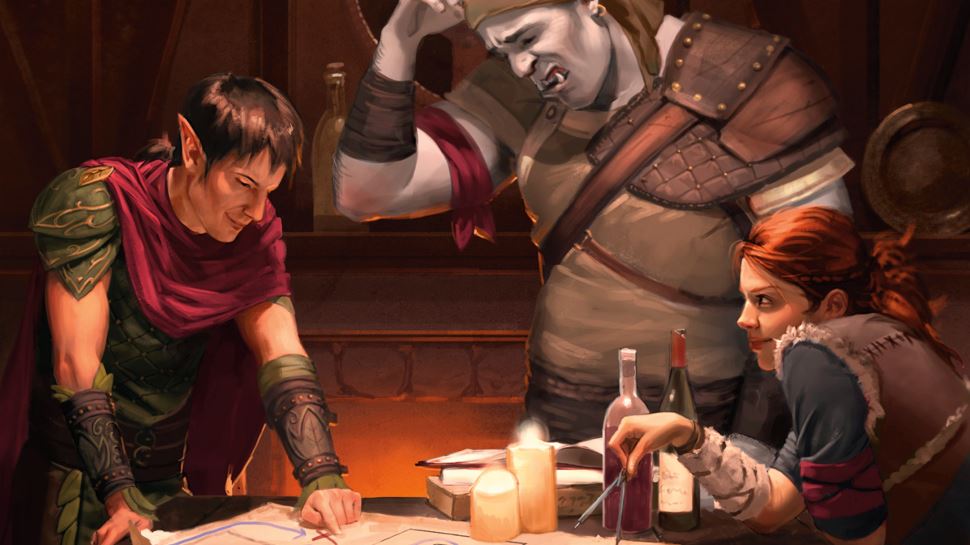 Creating Your Own Structure

“Improv is fundamentally an act of listening, reflecting, and inventing connections…”

The idea of improvisational structure is inherently vague because it’s such a personal tool. You can use secondhand structures and they’ll often serve you well, but the most useful structures are the ones you build yourself. Tom wants you to know that it your structure should allow you to do three things: Prepare opportunities, embrace player details, and create or discover interesting connections between them.

Whenever you’re creating a structure—whether it’s a structure that you actively use while playing or one that helps you guide your pre-game prep—you should consider these three steps. Here’s an example structure that I use to help me create exciting adventures:

The first time you use a structure, it might suck. That’s fine. The truth is that there’s no shortcut to mastery. The only path to becoming good at improvisation is practicing good techniques for a long time, and doing your best to learn from the masters. You may find that one technique isn’t working for you. The ultimate goal of this improv training—and really, of any GM advice—is to find a way for you to do what you’re already doing, but more easily.

How much time do you spend planning each D&D session? Let us know in the comments or tweet to @GeekandSundry!