THE CURSE OF AUDREY EARNSHAW Is a Confused Occult Tale - Nerdist

THE CURSE OF AUDREY EARNSHAW Is a Confused Occult Tale

The Curse of Audrey Earnshaw opens with a text scroll that sets up the story we’re about to witness. It’s the story of a religious sect that separated from the Church of Ireland and established their own settlement in North America. A settlement that upheld their traditional dress and way of life, but at a cost. After an event known as “the eclipse,” pestilence spread through the community. Crops were poisoned, livestock died. But one woman was spared: A woman named Agatha Earnshaw (Catherine Walker), whose crops grow magnificently, and who is later dubbed a witch. Agatha’s mysterious unseen daughter Audrey (Jessica Reynolds) is a myth in town; a specter that haunts the periphery of the community with her devilish beauty and venomous secrets, whose very existence informs this community’s fate.

Unfortunately, that setup is where The Curse of Audrey Earnshaw peaks. The rest of the film never quite makes sense of its plot. We’re told of this eclipse, but we never see it nor is it really referenced in any concrete way again. Was it a literal eclipse? And what does it have to do with Agatha’s daughter? We get nuggets of information here and there, mostly in the form of beautiful, wicked imagery. As suspected, there are ties to the occult, ties that inform the film’s overall look: sparse, sepia farmland punctured with blood and gore. Writer/director Thomas Robert Lee has a sharp eye for violence, but the story never quite justifies anything we see. 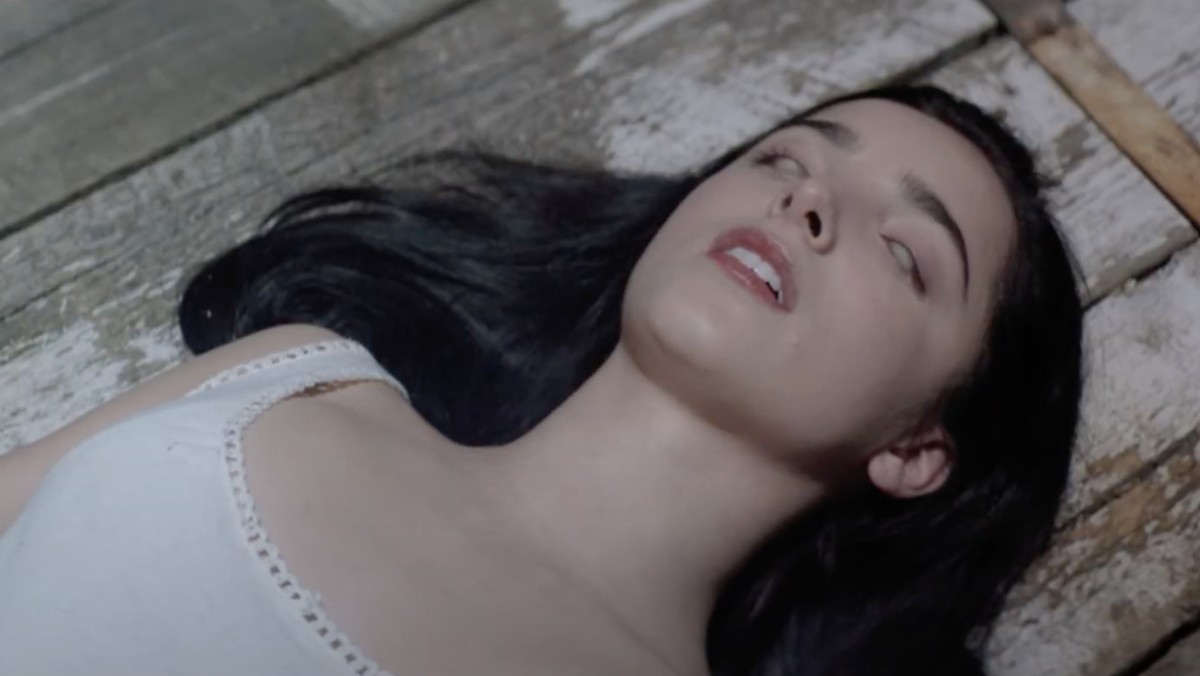 That’s made more apparent as the film trudges on, desperate to find its footing. It’s reminiscent of M. Night Shyamalan’s The Village; a religious community dressed in pioneer attire, set away from the modern world on the other side of the woods. (The Curse of Audrey Earnshaw is set in 1973.) But this division isn’t kept as a mystery, nor does it serve much purpose. Save a few references to modern medicine and some dialogue that feels less 1873 Ireland, more 1973 America, the film might as well be a later period piece. It might have been spookier.

It’s hard, in the end, to really know what The Curse of Audrey Earnshaw is about. We see how Audrey affects and infects the community, her coming-of-age timed to their undoing. Her beauty drives men mad. We spend time with Colm (Jared Abrahamson), who drunkenly lets Audrey into his life one night, shortly after the death of his infant son. Audrey curses Colm’s wife Bridget (Hannah Emily Anderson), who becomes the subject of the film’s torment. But why does Audrey inspire such violence? 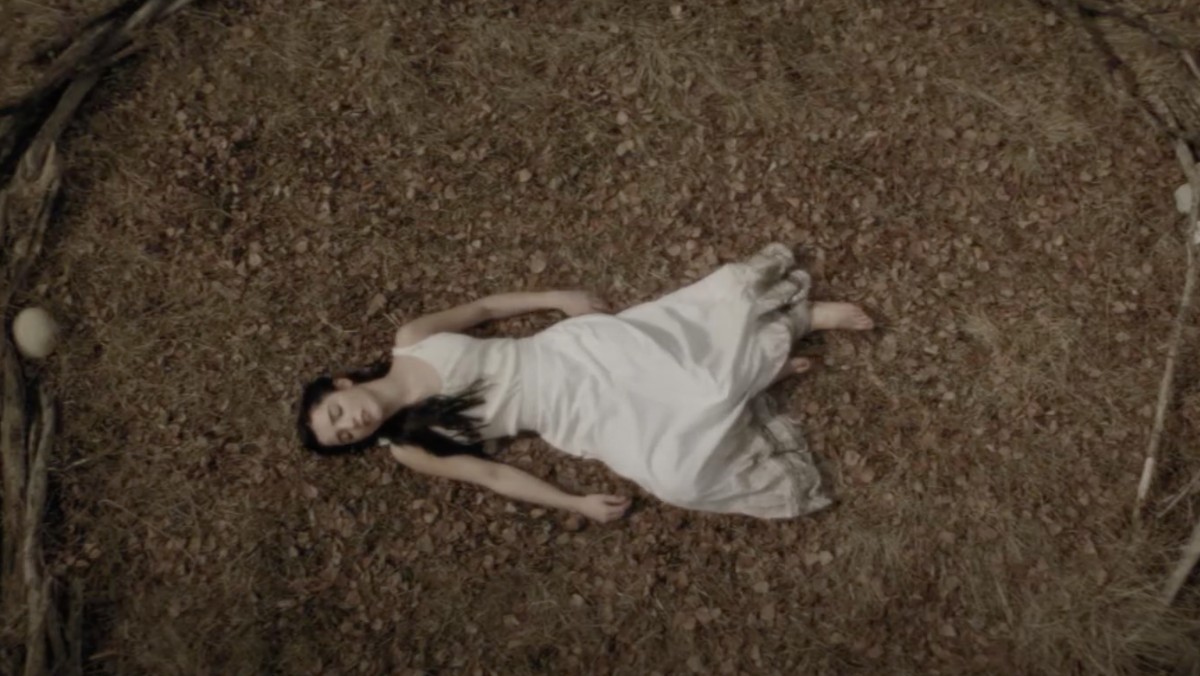 That’s the most frustrating aspect of the film: we don’t really know, and it’s hard to even guess. There are suppositions you can make from the text; discussions of legacy and sacrifice, adolescent beauty as destructive power, male lust as the most divine evil. But these themes dot the story instead of guiding it. The result is a film with excellent performances (Walker, who you might remember from A Dark Song, is particularly haunting), poignant visuals, a great sense of space and place, but a befuddling story that either delves too hard into exposition or remains ephemeral in key areas.

Still, the overall experience of The Curse of Audrey Earnshaw is strong enough to warrant a watch. It’s clear Thomas Robert Lee is a talented filmmaker and the visuals alone are rather intoxicating. (You won’t look at sheep or teeth the same way again.) The film is best when it strays away from its most obvious influences–the aforementioned The Village, The Witch, and Hereditary—and relishes in its own strange, macabre magic.