The Couple That Rolled The Dice to Start A Business: Kraken Dice - Nerdist

The Couple That Rolled The Dice to Start A Business: Kraken Dice

Here at Geek & Sundry, we love to share stories of the gaming community and are especially inspired when gamers take the leap and have massive success, like Kraken Dice, whose most recent Kickstarter for gorgeous dice has funded for over $300K at the time of this writing.

I’ll be the first to admit it: I’m one of those gamers with a dice addiction. Whether for my RPGs or my (many) miniature wargames, the investment I have in my character/army is reflected in my desire to have a special set of dice for each one of them, with colours to match their styling and aesthetic. Diana Leyva and Brian Patrick Wade are one couple who knows the value of beautiful dice that capture the imagination and spirit, having built their business, Kraken Dice on the desire to provide gamers with dice that are not only stunning but also meaningful to those who roll them. As they put it, “We have always been in the creative fields, photography, web design, print design, traditional art. This was the perfect opportunity to use the skills we had been using for others and be able to create our own products while doing it.” 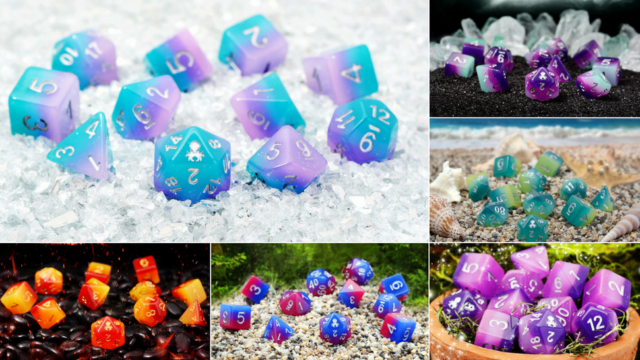 The process of creating dice sets starts with watcolour on paper: finding beautiful and harmonious colours that also allude to a specific narrative mythos. From there, they pick the Pantone colours to mimic the swatches, use Illustrator to determine how the colours work together and finally create prototypes to see how the final product will look. 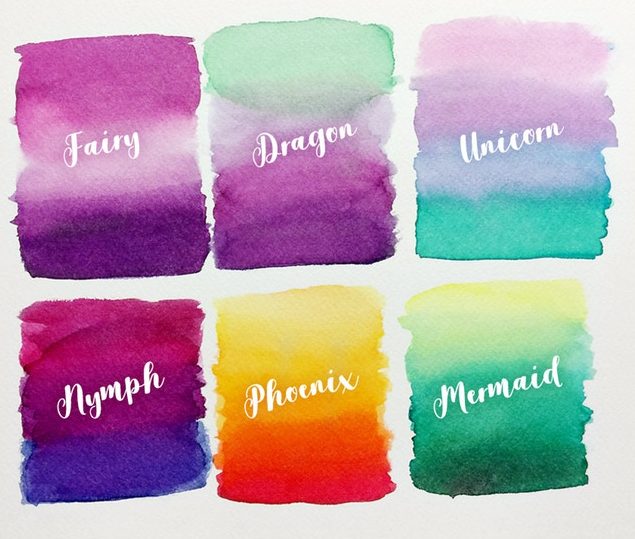 They only started creating and reselling dice as their business in 2017. “We bought some stock dice to take to a convention but set our sites to make our own custom sets. We took this money from dice sales and immediately reinvested it along with some savings into our first set, Flamingo Paradice. The colors of our prototypes were not exactly what we planned but loved them just the same and 500 sets were produced.” They continued to produce their own dice, including a Cotton Candy numbered set, where Brian and Diana went as far as hand-painting and laser cutting 400 numbered set tags for each set of dice they produced. 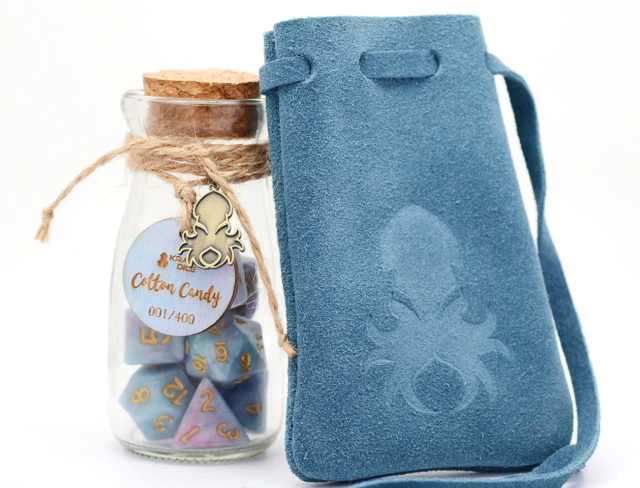 Since then, they’ve created a number of beautiful sets each with a different colourstory, which has lead them to having massive Kickstarter success. They turned to Kickstarter to help them build the needed supply chain required to meet the seemingly endless demand for their dice. “It takes months to produce a set of dice,” they admitted.  “We acknowledged the need to produce larger quantities of dice but since we have self-funded all our projects there is a limit to what we can do on our own since we are still a small company. We turned to Kickstarter to be able to produce larger quantities.” 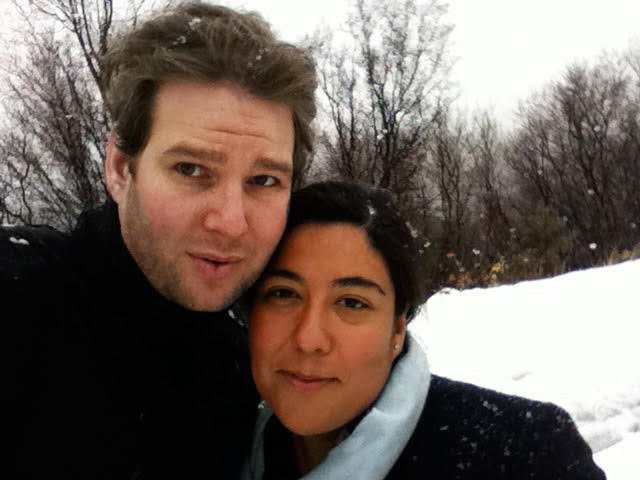 It’s a combination of creativity, artistic intuition, and yes, a little bit of luck, that has allowed them to find the success they have seen both from their online store and their current Kickstarter. Like any small business, however, there are still challenges they’re overcoming. “Currently we ship from home but have outgrown our space. There have been days that there were six of us sitting around a table packing dice trying to not get behind. We have been lucky to get the support of our children (14 and 16) and some friends when we need extra hands. We have one person that came to work part time but most weeks its 36 – 40 hours since she started in November. We are in the process of getting a physical location and hope to move in very soon.”

If you want to see all the beautiful dice Kraken Dice offers, check out their website, KrakenDice.com, and their Kickstarter, which is in its last week of funding.

Tell us a story when your dice epically succeeded or failed you in the comments below! (And feel free to share dice shame photos with us with the hashtag #diceshame to our Instagram, Twitter and Facebook page!)