Ah the Monk. Nothing scratches the itch for uttering vapid but deep sounding “wisdom” quite like them. On the other hand, no one is better at breaking out of a prison after all of your gear was taken quite like them either. Monks in D&D focus on both unarmored and unarmed combat and they are very, very good at it. A monk’s spirituality is able to manifest itself through a calm, centered being and subsequently they have abilities which function similarly to magic but are directly the result of a disciplined mind. If you are brand new to D&D and have never played before, check out our tips for new players before you read on. 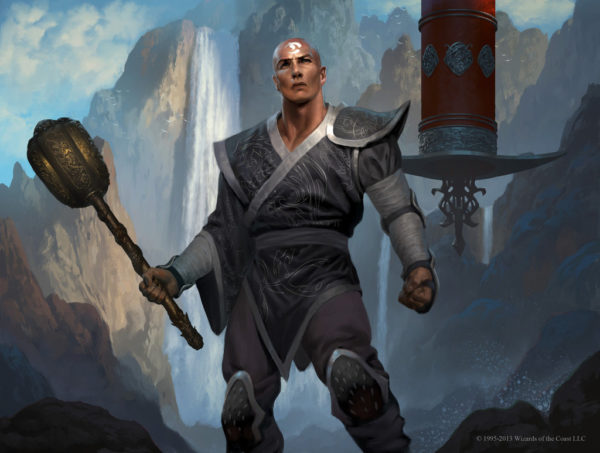 Statistics in D&D represent everything your character can (and can’t) do. Boiled down, they represent all of the ways your character interacts with the world around them. Monks have a couple of interesting abilities that are helped out with both their Dexterity and their Wisdom. Dexterity can be used as the main attribute for all of their physical combat (provided it is either a Monk Weapon or an unarmed strike), and their mental abilities (represented by the Ki mechanic) are Wisdom based. The extra cool think about having a high Wisdom is that a monk who is not wearing armour or using a shield, can also add their Wisdom modifier to their Armour Class. This should result in a statistic breakdown like this:

I listed Constitution and Charisma as the same because this decision is fundamentally a personal preference. Do you want a monk who focuses on being diplomatic and avoiding conflict at all costs? Prioritize Charisma and start trying to sway people’s decisions. If that isn’t a focus for your particular monk, Constitution should go first so that you end up with more hit points. Likewise, the prioritization of Intelligence and Strength are a very personal taste fueled decision. If your monk appears to be frail or extremely old, putting Strength last is an easy way to represent this on your character sheet. 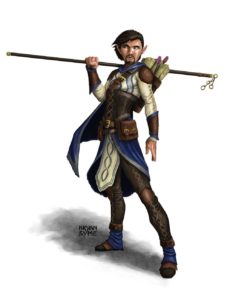 Similar to other classes, Monks select their Monastic Tradition at level 3 but as always, I recommend having a strong idea of what you will take as soon as you start. This is because each Monastic Tradition differs in not only the abilities they have but more importantly, how they approach the world around them and knowing what you want to take allows you to better roleplay that character.

The Way of the Open Hand focus on becoming masters of martial combat. Their playstyle ends up being relatively straight forward as they use their ki to empower themselves, as well as techniques to hamper their opponents.

The Way of Shadow are basically ninjas. They focus on using shadow to their benefit and will use whatever means necessary (even casting their own Darkness), to give themselves an edge in a fight. If your monk is upstanding and believes in fair fights, this is probably not the most fitting Monastic Tradition but don’t let that discourage you. You might have been schooled in this tradition and have renounced it and are attempting to make amends through your actions.

The Way of the Four Elements basically makes you a bender. For those who are not up on their Avatar: The Last Airbender (which should be nobody), this means that monks of this path focus on controlling the elements and infusing themselves with them. Monks of this tradition have a number of Elemental Disciplines they can learn and they then have the ability to spend ki points on these disciplines to harness the elements.

Do you have any tips for new monks? Let us know in the comments!