Clerics are the embodiment of their deity’s blessings. They wield magic and travel the land in the name of their god, looking pretty cool while they do it. Because Clerics are in the service of a deity, and their individual play styles will represent the type of deity they worship. A Life cleric worships a God of Life and is much more healing focused than a War Cleric, who is in the service of a God of War. Before getting to your character sheet, make sure you check out our tips for new roleplayers so you can get the most of your D&D experience. 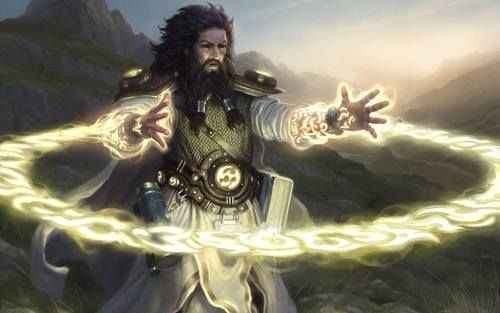 Clerics are spellcasters who wear armour and are able to fight. Knowing this, it gives us some direction on our statistic distribution. Wisdom is a Cleric’s spellcasting ability and should automatically be your highest attribute. Cleric starting equipment gives both the option for a light crossbow, as well as a mace or warhammer so your next attribute will depend on the type of Cleric you want to play. If you want to be in the thick of the fighting, smiting in the name of your deity, take Strength. If ranged combat is more your game, take Dexterity. Constitution should round out your top 3 attributes to ensure you have a healthy pool of hit points. This breakdown should come out like this: 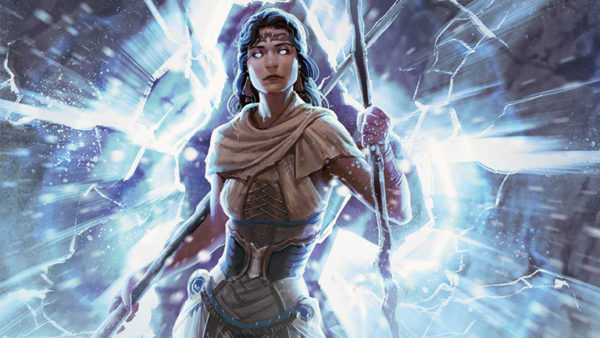 By the very nature of a Cleric, you are in the service of a higher power. As such, you select your Divine Domain at level 1, and this shapes your entire character. The Cleric class has 7 different Divine Domains to choose from, representing the overarching affiliation of their deity. Regardless of your chosen domain, basic Cleric features such as Channel Divinity: Turn Undead, Destroy Undead and Divine Intervention, are available to you.

Knowledge Clerics are constantly on the hunt for esoteric lore or ancient tomes containing incredible knowledge.

Life Clerics are focused on the positive, vibrant energy of life. They are probably the best healers in all of D&D.

Light Clerics are infused with the radiance and power of their god and charged with chasing away lies and burning away darkness. Fire features prominently for the spells and abilities of Light Clerics.

Nature Clerics are similar to Druids in that their worship of a nature deity gives them similar spells and a focus on protecting the natural world.

Tempest Clerics worship gods of the storm, sea, or sky. Those elements (thunder/lightning, water/ice, fog/wind) feature prominently for their spells and abilities. A Cleric in the worship of Zeus, God of Thunder would be a Tempest Cleric.

Trickery Clerics are disruptive forces in the world, as befitting their chosen patrons.

War Clerics worship a god of war and their spells and abilities have a very martial bent. War Clerics are often found in the thickest fighting, protecting champions and smiting the unworthy. 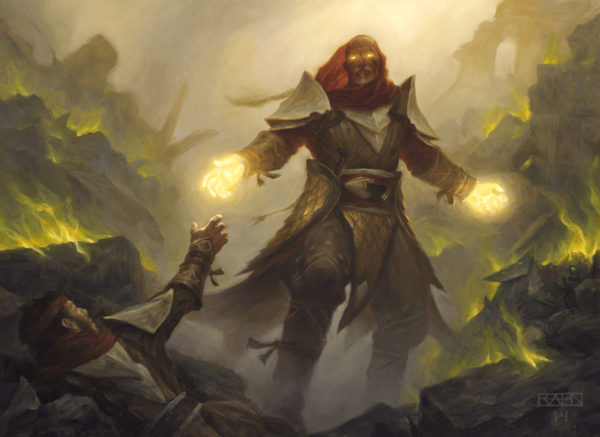 Clerics know 3 cantrips and a number of spells equal to their Wisdom modifier + their character level. Spells for Clerics are a lot harder to outline than other classes. The reason for this is that each domain offers 2 spells at 1st level that best reflect the nature of those gods. These spells don’t take up any of your prepared spell slots and you ALWAYS know them. Rather than offer advice like, “Take Cure Wounds” which is redundant for a Life Cleric who already knows it, I recommend you take whatever looks fun. Unlike Wizards who are locked into the spells they know because of their spellbook, Clerics can freely change their prepared spells after a long rest. So start mixing and matching until you find what works best for you.

For cantrips, you should start with Light. Torches can be cumbersome, and sometimes unable to light because they got wet. Light is a fantastic cantrip that is ALWAYS useful. Besides, since the object you touch is illuminated, who doesn’t want to wield a mace that also happens to glow? In combat, that could start looking like a killer dance party. Sacred Flame is a great cantrip because it’s the only Cleric cantrip that deals damage. Finally, I would take Spare the Dying, because low level characters can run out of HP faster than you expect.

Do you have any tips for new Clerics? Let us know in the comments!