No class is so intrinsically tied to D&D than the Bard. Bards are incredibly fun to play and are able to offer support to your entire party. That’s the first thing to keep in mind when playing a Bard; you are not dealing a huge amount of combat damage but you are making sure the rest of your party is. As always, make sure you check out our tips for new RPG players to help setup your character and develop a fun backstory, as well as character hooks to keep you excited. 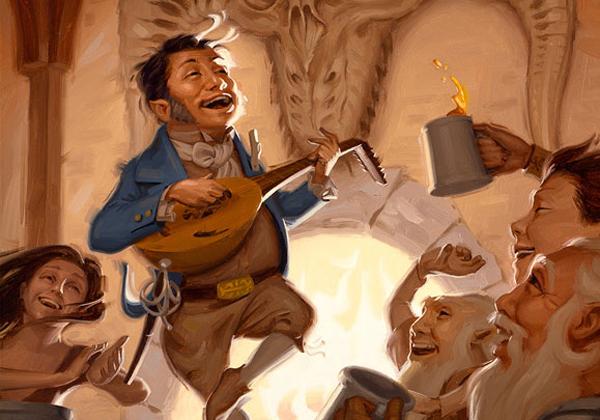 For a Bard, your highest attribute score should always go to your Charisma. This is both your spell casting ability, as well as the main stat for skills like Performance and Persuasion. Your second highest attribute should be Dexterity. This helps you with both your survivability, adding to your AC, as well as helps you go first so you can start handing out Bardic Inspiration to the rest of your party. The next most important skill is Constitution for your hit points and the other attributes just fall away in terms of importance. This means your allocations should look like this:

The reason strength is so far down the priority list is that Bard’s can get a rapier for starting equipment and because this weapon has the Finesse trait, you are able to use your Dexterity bonus for your attack and damage rolls. 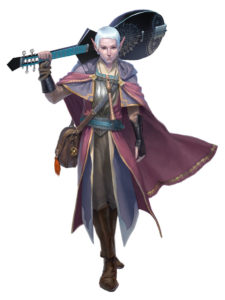 At level 1, Bards know 2 cantrips and 4 spells. Keep in mind with your Bard, that the number of spells you know is found in your class table and is completely independent of your casting value. For your cantrips, I recommend one utility option and one combat related. For utility, I feel that nothing beats Light. Not every member of the party has dark vision and the last thing you want is to be stuck in a dungeon and have to fumble around to find your way. For the combat cantrip, I recommend either Blade Ward or True Strike, depending on whether you want to be more defensive or offensive, respectively.

For your 4 spells, I would recommend embracing the support role of your Bard and taking 2 healing spells, Cure Wounds and Healing Word. Afterward, make sure you have something that deals combat damage. Dissonant Whispers is a great spell that both deals combat damage, and forces the creature (if they fail their saving throw), to take a reaction and flee from you. That bonus ability can be crucial in a fight that is starting to go south. Finally, I recommend Feather Fall. With your other spells and Bard abilities, there really isn’t anything you aren’t doing and Feather Fall is exactly the kind of spell that you never think you’ll need until you ABSOLUTELY need it. 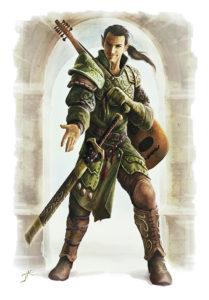 Using only the Player’s Handbook, there are two different Bard Colleges you can choose at 3rd level. The College of Lore focuses on knowledge and skills and is a fantastic choice if you want to fully embrace a playstyle that is very “Swiss Army Knife”-esque. You gain proficiency in 3 skills, can use your Bardic Inspiration to protect your party, and eventually learn two spells (which don’t have to be Bard spells) and even incorporate your Bardic Inspiration into your own ability checks.

The College of Valor focuses on combat abilities and allows you to both offer support with your native Bard skills, as well as start to become quite capable in combat. You gain proficiency with medium armor, shields and martial weapons. Your Bardic Inspiration can then be used to either add on damage rolls or even as a reaction to add a bonus to your AC. Eventually, you can attack twice whenever you use the attack action and even attack once when you use your action to cast a spell.

Do you have any tips for new Bards? Let us know in the comments!