We're Stoked About The Return Of FLCL And Its Robots And Guitars. You Should Be Too. - Nerdist

We’re Stoked About The Return Of FLCL And Its Robots And Guitars. You Should Be Too.

It’s pronounced “Fooly Cooly” or “Furi Kuri,” if you prefer some Japanese twang. What does FLCL mean, though? Nothing. It’s a nonsense term: chosen by the producers because it sounds neat. Understanding this upfront is important.

Recently, Toonami announced it’s partnering with FLCL‘s animation studio, Production IG, to make not one, but two additional seasons of the show. They’ll start airing in late 2017. Previously, Toonami premiered dubs of anime maestro Shinichiro Watanabe’s Space Dandy before the episodes had even aired in Japan. Now, they’ll actually be working on this new FLCL with IG, and a pan-Pacific co-production of this order is exceedingly rare. Only a very special title could warrant such bold moves.

FLCL has been a perennial fav for over a decade, now. The six-episode mini-series first aired on Adult Swim in 2003 and has since amassed a fervent cult following. Explaining it kinda dampens the fun, though. It’s comparable to the Saturday morning cartoon fever dreams of Scud the Disposable Assassin and, in many ways, bears much influence on the pop cultural mishmash in Scott Pilgrim vs. the World. Its precise mix of romance, rock, alien conspiracies, and kinetic puberty metaphors is a fiery cocktail one can only understand after tasting. 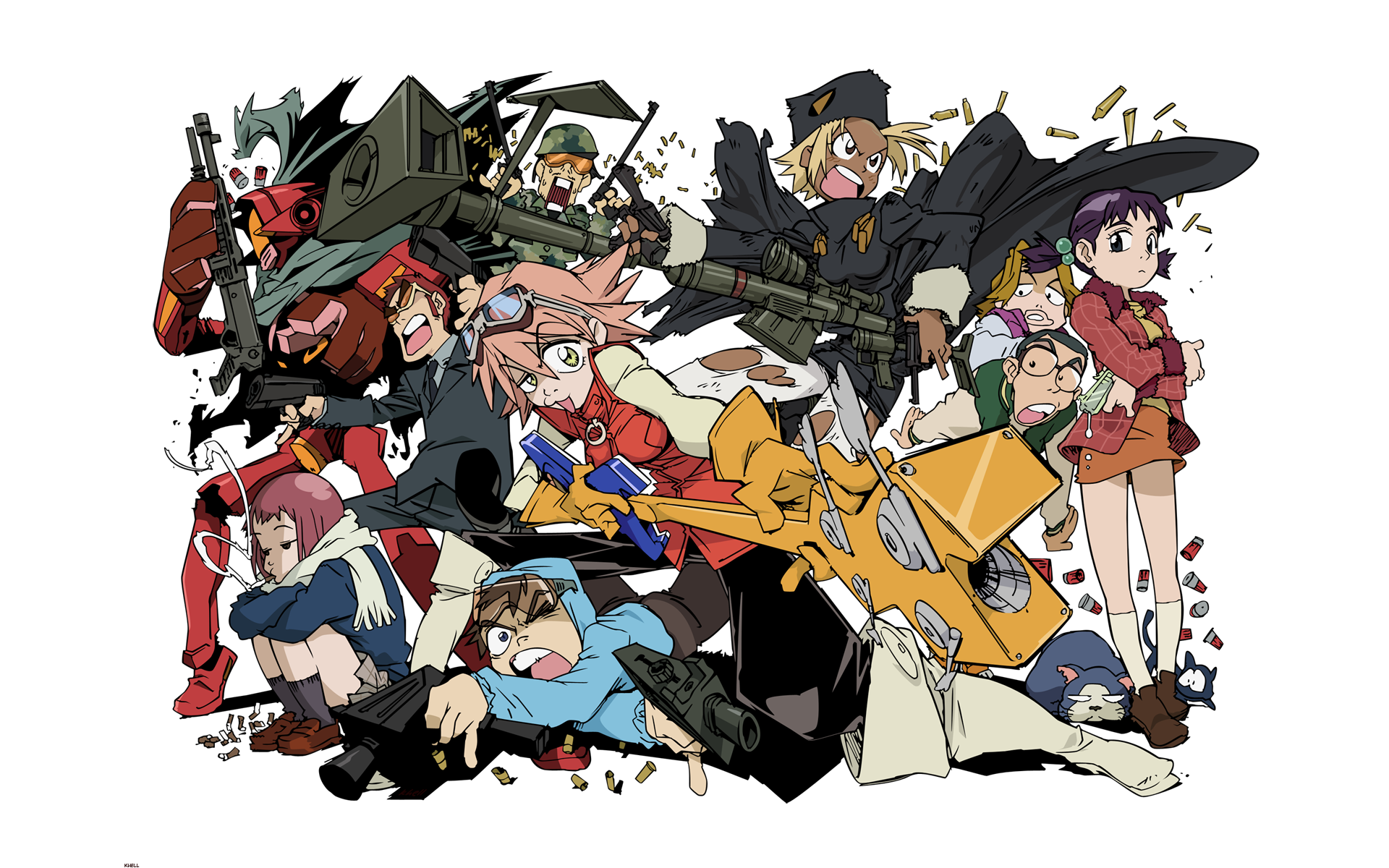 What’s FLCL about then? Well, the creators would rather you figure out what it’s “about” on your own.

The plot, though? We follow the coming-of-age of Naoto, a teenager who lives in a town so drearily industrial, it actually stands in the shadow of a giant steam iron. His bland little world gets a ballistic shot of color when an alien gal, Haruka, runs him over with a Vespa and promptly gives him a good thwack to the noggin with her bass guitar. The head trauma alters Naoto on some deep level and various odd growths–like bio-mechanoid bots–start popping out of his skull. As anybody should expect, really, Haruka moves in and proceeds to turn every other part of Naoto’s life upside-down while evading monolithic corporations and “Galactic Space Police Brotherhoods.”

What’s more important to stress, however, is that Haruka is Naota’s first crush, and the melancholic alt-rock of the Pillows is as much a star here as any other character. In many respects, FLCL is a rock opera, rendering adolescence in broad and brash strokes that convey age 13’s confusion and discovery more vividly than a down-to-Earth, slice-of-life story could. 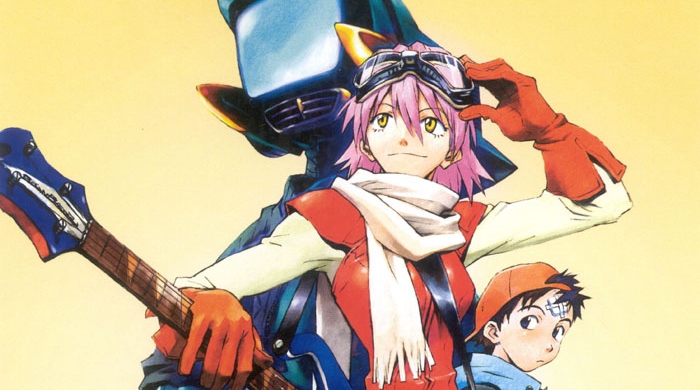 Indeed, you don’t need to think too hard to figure out how the stiff things sticking out of Naota’s head might represent other unexpected and embarrassing protuberances teenage boys deal with. The characters come out and say so, then give a sly wink. Because even when the show makes poignant observations about growing up, it still wants the audience to have fun. That is absolutely by design.

This show was produced by a bunch of staffers who also worked on Evangelion, and word is, it served as a venting session for a lot of pent-up creative steam. After spending two years neck-deep in Apocalyptic nihilism and Byzantine symbolism, these animators just wanted to cut loose with something simple and silly. As such, there’s a sense of true freedom and uninhibited artistry radiating out of every frame. That’s what makes FLCL so unforgettable.

There’s no word yet about which of the original talents might be returning, but let’s hope that whoever’s working on the revival can capture the real energy and spirit of the original.

Are you pumped about getting more FLCL? Or has this new made you so anxious, various metal things are sprouting out of your skull? Share your feelings in the talkback.