The Card Game That Puzzled Mathematicians for Decades - Nerdist

The Card Game That Puzzled Mathematicians for Decades

Set starts simply enough. A dealer cuts a deck, laying cards out until twelve are on the table, or until a player spots three-of-a-kind and shouts “Set!” If there are no apparent sets in the twelve cards, though, the dealer will take three more out, and will keep taking three out until a player can shout “Set!”

Sounds basic, right? Well, here’s how it gets tricky. There are four categories of attributes–colors, shadings, symbols, and numbers–and no two cards in the game’s deck of 81 combine them in the same way. So, a set may contain a card with one green solid diamond, a card with two red open diamonds, and a card with three blue striped diamonds. The chart above offers an idea of how such combos hash out, and if it makes you think of something from a science class, that’s no coincidence. 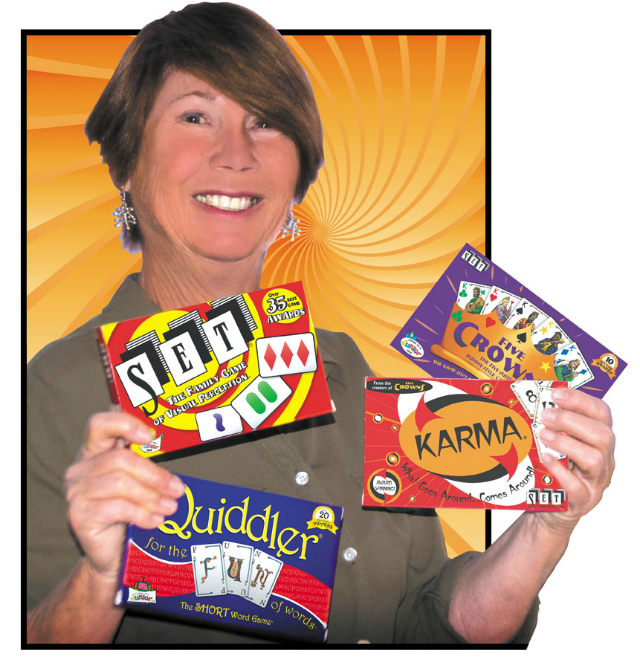 Geneticist Marsha Falco designed Set to gamify the coding system she used in her studies. Her creation actually won a Mensa award, and such an intellectual pedigree makes mathematicians’ continued fascination with Set quite fitting. See, there’s a question of what the precise upper limit is for no apparent sets to be available on a table. As in, by how many factors of three can a dealer increase the number of cards-in-play before it’s mathematically impossible for the game to not advance?

That question marks a threshold when discussing game theory. If the streamlined “theorem montages” in a Beautiful Mind held little interest for you, then Set‘s still perfectly enjoyable as a simple card game. However, if your questing mind yearns to understand the deep mathematical complexity underlying Set‘s seeming simplicity, then Quanta Magazine’s article on the subject offers a deep dive. While card counting in poker is hardly new, there’s still something sublime about a “simple card game” that’s inspired numerous mathematical proofs, theorems, papers, and rebuttals over the years. Set‘s players needed to know this upper limit with absolute certainty, but it was really the proofs that caused the most confusion. It wasn’t until recently that mathematicians came up with a way to simply and eloquently express the proof to the answer.

Quanta’s piece mentions the “Ramsey Theory,” which the TED-Ed video explores below. In short, the theory explains how pattern recognition is inevitable, because people are biologically hardwired to find connections in random sets of data. Like, say, a deck of cards. Read the article and video in sequence, and you may even start drawing links about other card games, such as… the Tarot, perhaps?

What other stripes of game theory have made you re-examine your favorite pass-times? Hit the talk back with suggestions and expand our mind. We’d love to feature them here.