The Best RPG For Kids is Getting Bigger - Nerdist

The Best RPG For Kids is Getting Bigger

After a highly successful Kickstarter launching the game that allows you to turn mere children into gamers, Monte Cook Games is now in the middle of a campaign to expand their award-winning No Thank You, Evil! game. The brainchild of designer Shanna Germain, we’ve covered this whimsical world before, looking at just how streamlined and kid-friendly the RPG is crafted to be. This time they’re poised to provide not only new and exciting adventures, but a deck for creating heroic story lines on the fly as well. 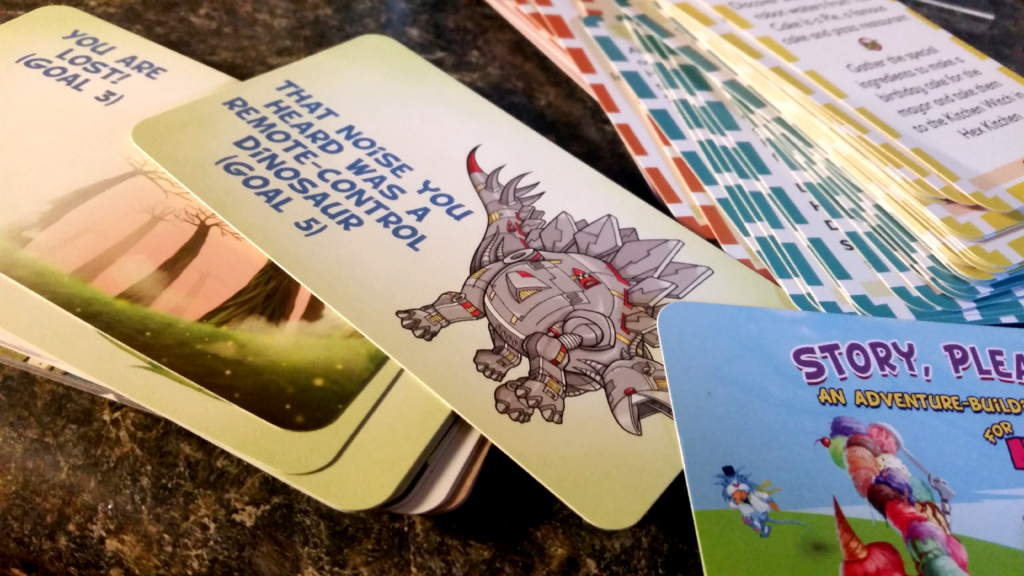 The new Kickstarter’s main goal is to provide two expansions to the game, the first of which is a deck of 100 cards called Story, Please! The deck is beautifully and colorfully illustrated, and provides all of the bits and pieces you need to construct a compelling, kid-friendly story. It’s got cards for plot lines and hooks, characters, goals, maps, and props. It’s got monsters from the main game, and nice story twists to complicate the game session.

What’s great about the card deck is that it’s heavy on the art and easy to put together. The bold colors help guide the process of story assembly and the large, tarot-sized cards each have expressive artwork that help to inspire embellishments. There’s a lot going on with the cards, so they may not be perfect for really young Guides (game masters in NTYE), but they serve as great inspiration even for adults running the game.

Honestly, even just one card from the deck can be the impetus for an adventure, and the story seed cards each contain three useful ideas. There’s a lot of story for your buck here, and the deck helps to enhance the tactile nature of a game which already features bold, chunky dice and elegantly designed character sheets. Handing your child a card with a note on the back reading “Help Me!” or with an illustration of a lost astronaut really adds to the immersion of the game. It almost makes you wish you had decks like this for the adult RPGs you play.

The second expansion this campaign funds is dedicated to exploring those all important monsters inhabiting the setting. UH-OH, Monsters! includes a deck of 30 creature cards, creature stand-ups, and three new adventures. It also features a bestiary of new creatures to defeat, with all new rules for quirks, systems for making your own monsters, and details on somewhere called the “Monster Museum.”

By supplying a greater stable of adversaries, tools that help to employ them, and a set of adventures, this expansion is just what many parents have been looking for in support for No Thank You, Evil! Think of this as the Monster Manual for D&D, with a handful of minis and a few new stories to boot. While you might not need it, if you’re going to be a serious player of the game it’s something you’re going to want to pick up at some point. 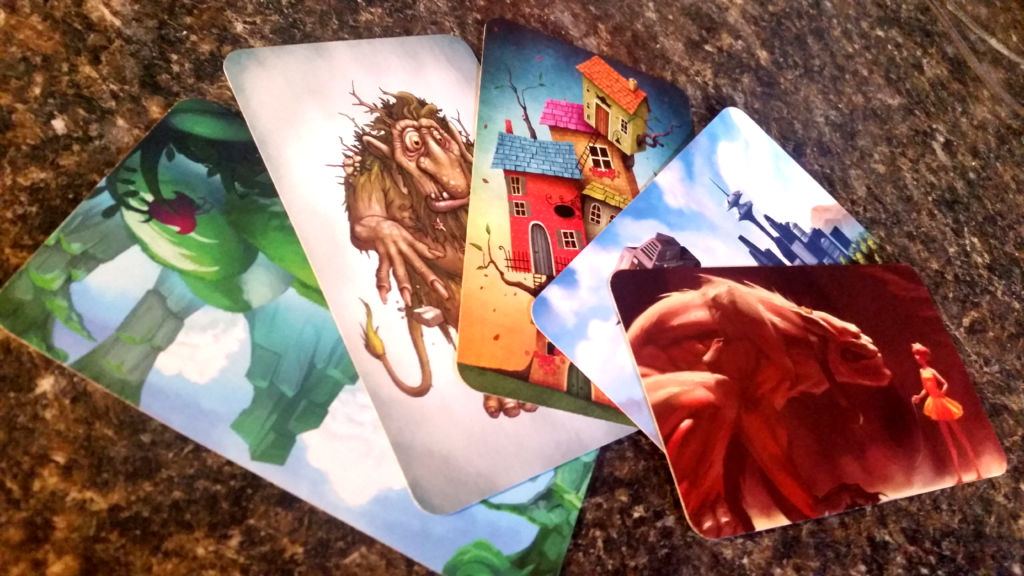 The No Thank You, Evil! The Adventures Continue Kickstarter has already hit its funding goal. Now they’re having fun rolling randomly to determine the outcome of stretch goals as the campaign reaches them. If these cool expansions sound like what you need to enhance your kids game, or you’re new to the system and are looking to jump on board, now’s the time. Join in the fun before it’s too late.

Have you and your kids adventured in Storia? Let us know how your little gamers have fared in the comments.