Around three months ago a strange website popped up. Rataalada.com harkened back to the classic days of early online viral marketing. Once burgeoning internet detectives logged on, there were a number of riddles to answer. But as the release date of The Batman grew closer, things began to change. After the movie was out in the world, the ARG site regularly updated and teased what some fans thought could be clues about the future of The Batman. Now, though, it seems the Gotham City Police Department has interfered and shut the website down. Happily, we kept good track of what the Riddler put out into the world. Check out all the clues the easter eggs this Batman ARG website had to offer. Maybe one day, we’ll see Rataalada update again.

In case you’ve forgotten, the URL of this website actually plays a key part in The Batman. It’s the answer to one of the clues that the Riddler leaves for Batman. It takes the hero to a website where he gets to chat with the villainous riddle lover, which is exactly what this Alternate reality game simulates. In fact, in the early days of the site being live players could really get sucked into a battle of wits with the Riddler. And if you jumped over to a different browser to search for answers elsewhere a message would pop up warning “YOU SCOUR THE INTERNET FOR THE TRUTH, BUT YOU STILL NEED TO ANSWER ME.” Chilling stuff. If you were smart enough to reach the end of the riddles, you’d get a cipher which when solved told you to “COME BACK SOON.”

Thomas Wayne, Hush, and the Riddler

Closer to March 4, if you answered the riddles you would have the opportunity to receive a password-protected zip file called What Am I? Inside was a video from The Batman. It was part of the Thomas Wayne smear video that features in the film. This obviously got folks talking as the clip shows the word HUSH! The famed Batman villain has long been suspected to be part of The Batman universe.

While if you’ve seen the movie you know this is more of an allusion to the hush money Wayne used, people were understandably excited thinking Hush could appear in a later movie. And to be fair there is another Hush Easter egg in this segment of the movie. This echoes the viral marketing that led up to The Dark Knight, but it’s what’s next that’s really intriguing.

Teasing the Importance of Arkham Asylum in The Batman‘s Universe

The most recent Rataalada update saw a new cipher added to the site, which originally needed riddles to be answered but can now be seen by anyone who visits it. As The Batman‘s ARG website loads click on the phrase [CLICK FOR REWARD] and you’ll find the cipher. Thanks to the smart minds who run ARGnet, this has been revealed to translate to “You think I’m finished, but perhaps you don’t know the full truth. Every ending is a new beginning. Something is coming.” The most interesting thing, though, is what we see before the cipher is revealed.

A series of numbers appears to look like code. But enquiring minds on the internet, specifically a Reddit user Vengeance22, has noticed a pattern. Each of the sets of numbers corresponds to the first appearance of a major character in the movie… well, almost all.

The most important number is the one that doesn’t correspond to a character in the movies, Batman #258. The story does include an appearance of Harvey Dent, which made many fans assume this was a Two-Face Easter egg. But it’s actually the first appearance of a famed Gotham institute that we know will be playing into the future of the series: Arkham Asylum.

The story that the cipher references came out in 1974 and centers on the caped crusaders battling Two-Face. Written by Denny O’Neil with art by Irv Novick and Dick Giordano, this is a surprisingly deep Bronze Age adventure. It’s most notable for introducing Arkham Asylum, which would eventually become one of the most important places in Batman lore. Interestingly, in this comic Arkham is not in Gotham; it’s four hours away in “New England.” One thing that’s the same, though, is it’s a hospital where the criminally insane are housed. It’s a darkly bleak story that features a suicide, a nuclear threat, and an empathetic Batman. Basically, it sounds like Matt Reeves would probably love to explore the themes in this tale.

More concretely, however, this likely points towards two things. We left the Riddler and the Joker in Arkham Asylum where they seemed to be planning a team-up. That would fit with the cipher clue “Every ending is a new beginning. Something is coming.” along with this issue. The other is the recently teased Arkham Asylum TV show. While details are scarce, on The Cyber Nerds podcast the director revealed that it had evolved from the previously announced GCPD series. “We’ve actually now [moved] more into the realm of exactly what would happen in the world of Arkham as it relates coming off of our movie,” Reeves shared. “It’s like a horror movie or a haunted house that is Arkham.” Now that sounds really cool. So cool, we had to speculate on which villains the new Arkham spinoff may include.

Will There be More Rataalada Updates?

Throughout the lifespan of the site, the loading percentage listed on the main screen seems to have gradually increased. A change is usually connected to new developments, riddles, or Easter eggs. At the time of writing the The Batman‘s Easter egg website stops loading at 44%, which means there’s likely much more to come. A quick look at the page’s source only reveals a joke in the code that reads: console.log (“Nice try. You won’t find anything here.”) However, there was a new email address that recently appeared. We have, of course, emailed it but received nothing back yet.

After months of waiting the Riddler’s creepy Rataalada site has finally finished loading. Though many fans were hoping for a hint at a sequel for The Batman, the final ARG website offered something different. For fans who have watched the movie it’s a very exciting reveal. When you click for your reward, you’ll be given a zip file. It’s a selection of photos and a PDF of the Riddler’s journal. There’s a lot to dig into here including shocking images of the Wayne’s and horrific designs for the Riddler’s traps. There’s also likely some more secrets for eagle-eyed fans to explore…

The Riddler (a.k.a Matt Reeves) also had one last gift for The Batman fans. A deleted scene from the movie starring none other than The Batman‘s Joker, played by Barry Keoghan, and Robert Pattinson’s Batman himself.

Though the website is now officially down, thanks for nothing Gotham City Police Department, you can still see all Rataalada has to offer. Scroll down to see all the images that the Riddler shared with us for sticking with and solving his game. And let’s give a big round of applause to The Batman‘s ARG/Easter Egg website for keeping us thoroughly entertained. 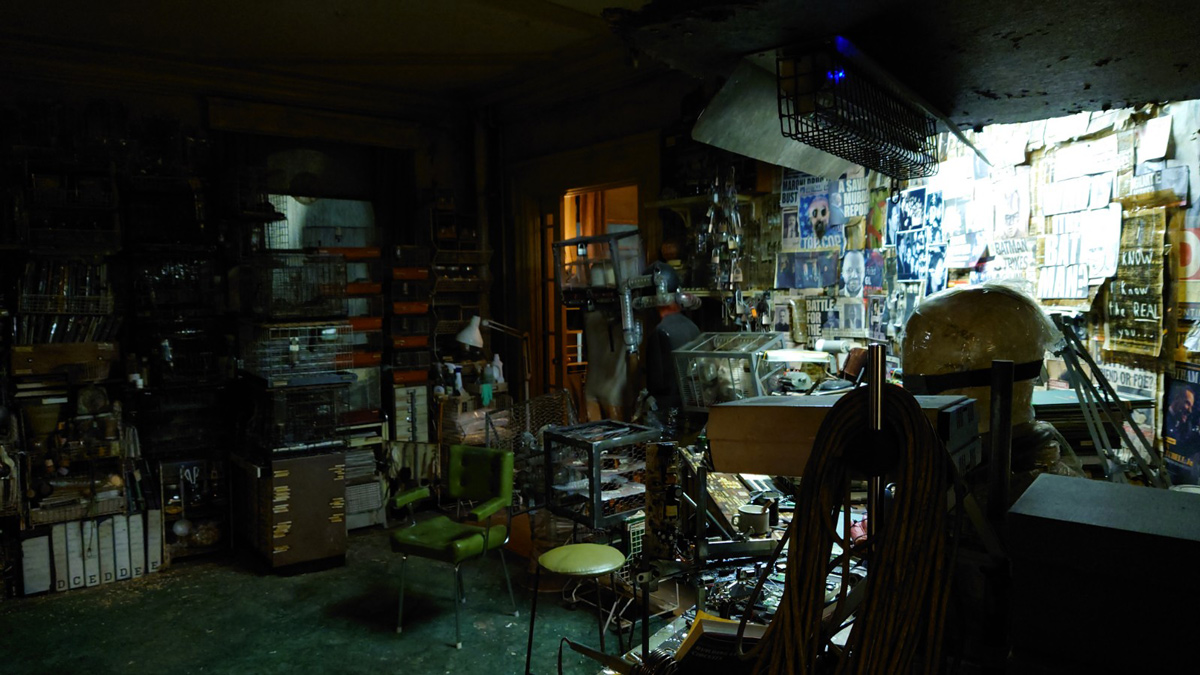