THE ADDAMS FAMILY Is Back With a Kooky New Video Game

The video game world is about to get a lot more creepy and kooky. Not to mention mysterious and spooky. Everyone’s favorite macabre-loving clan will return for an all-new adventure with The Addams Family Mansion Mayhem.

Outright Games and the developer studio PHL Collective have teamed up with MGM for another Addams Family installment. (Which we first heard about at Collider.) It’s the famous family’s first new console game in two decades.

Based on the animated feature film versions of the characters, the four-player co-op adventure will see the close-knit clan fighting a mysterious new monster. Right inside their own home. Though based on the game’s announcement trailer, it doesn’t appear to be their own dimension. Fortunately for them, we know they’ll be more than comfortable fighting giant skeletons and ghosts. All while avoiding dangerous obstacles and collecting treasure. 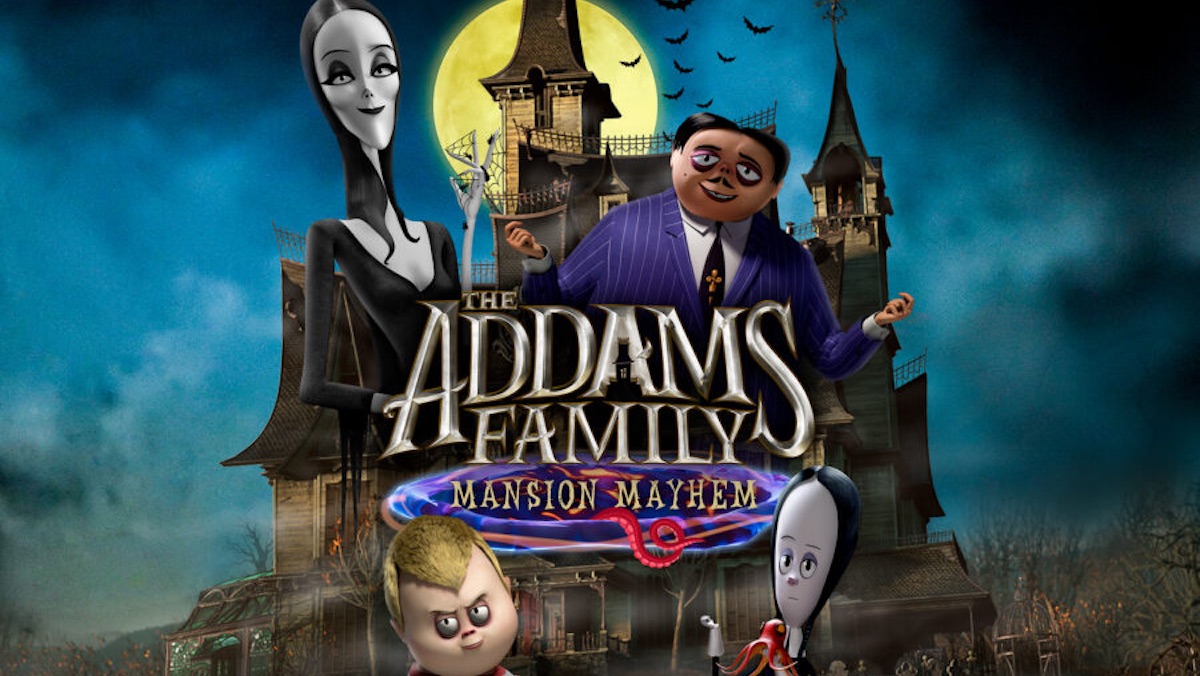 There will also be plenty of familiar items from the first animated film. This is the official synopsis for the game.

“In this hilarious 3D platform adventure, play as Wednesday, Pugsley, Gomez, and Morticia in 4-player co-op for an exciting family game fright! Help the Addams Family save their mansion from a mysterious visitor who is dead-set on taking over. Explore the mansion’s darkest depths, magical mysteries and discover secrets while utilising each character’s special abilities, including Gomez’s Mazurka Saber and Wednesday’s pet octopus Socrates. Solve puzzles together and find relics that reveal the mansion’s hair-raising history.”

There is also a solo mode in case Cousin It wants to play alone. Additionally, The Addams Family Mansion Mayhem has “competitive mini-games” too. As players “jump, bump, and race” their way to victory.

The game will be available for PlayStation, Nintendo Switch, Xbox, and PC digital platforms. It arrives in stores “in time” for Halloween. That’s also when the sequel is coming to theaters. And between the two of them, we are guaranteed one very kooky October.