The Absolute Best Board Games (if you have five players) - Nerdist

The Absolute Best Board Games (if you have five players)

Sometimes a game supposedly works for a wide range of players. But, after a few plays, you find that it works best with a particular number. It has a sweet spot. And that’s true for both meaty games and quick fillers. Dead of Winter, for example, is fantastic at all player counts, but it really shines with five. When you have four other friends showing up, you’ll need to break out these five-player games to make sure everyone has a seat at the table. 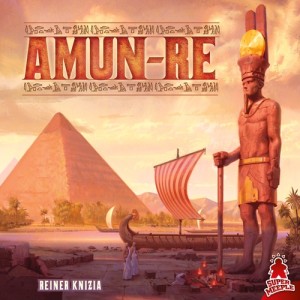 In Amun-Re, the players rise in ancient Egypt and try to control territory for points and profit. Each round starts with an auction of provinces. Then the players must decide where and how to spend their money (and how much to save). Then there’s a communal offering to the sun god which determines how productive the farms will be. Then repeat. When you finish, you wipe the board of everything except pyramids and do it again. This fundamentally changes the value – and the auction – for the provinces which now might start with pyramids.

The game is absolutely fantastic and has the most “agony of decision” of nearly any game on the market. Every decision point in the game is not only meaningful, but critical. If you bid on a province, you have to get the price right. If you get outbid, you will be locked out and have to bid elsewhere. When contributing to the sun god’s offering, you need to carefully evaluate the likely total, and whether you should bid more for greater favor, or even steal money directly from the offering. After all, players that own farming provinces will want to see a healthy return. But those with provinces built around trade might prefer a lower yield.

Although Amun-Re works from three to five, the game is truly spectacular at five. At that player count, every province is auctioned. The fine balance between farming provinces and trading provinces is maintained and the offering is a cut-throat, tense endeavor. With fewer players, fewer provinces are used and you might end up being randomly farm heavy or trading heavy. 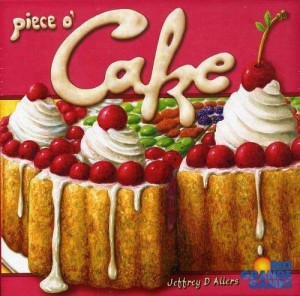 Shifting over to a much lighter title, Piece o’ Cake is an entire game built around a simple principle: I divide, you decide. Each round, the players will start with a pie made up of 11 random slivers. Then, the player whose turn it is will cut that pie into slices. From there, each player picks one slice and adds the slivers to his pile. They can be saved or eaten for different scoring opportunities.

Piece o’ Cake is fantastic because it takes a simple concept with a short play time and explodes it into a wonderful game of trying to determine how your opponents will act. When you cut the pie, you want to do so in a way that forces your opponents into bad decisions. Or maybe you cut it so that you put enough attractive pieces out there that the sliver you want most will still be there when it gets around to you.

And the game is fantastic with five players for a simple reason: there are five rounds. With five players, that means each of them gets one opportunity to be the divider. With fewer players, someone has to divide (and pick last) multiple times. Best to keep it even and five players makes that happen. 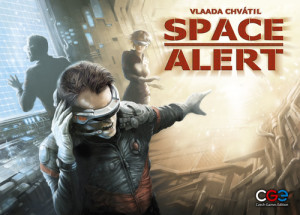 For having one of the most humorous rulebooks in existence, Space Alert is a surprisingly challenging game. In this cooperative title, the players have warped into a dangerous area of space. There might be invaders, malfunctions, meteors, warships, and sundry other threats. Meanwhile, they have to keep the ship supplied with energy, fight off the threats, and they can’t forget to wiggle the mouse. If they don’t, the computer will go into sleep mode during the firefight. Not good.

The best part is that the game is played in real time. Sort of. First, there’s a real time round played alongside a sound track. It will tell you when various threats arrive and you pull a card to show what specific threat arrived. Then, you have to run around fixing it by programming your moves and actions onto a special board. But you have to communicate. If you don’t, you might be firing a laser when there’s no energy to power it. Or using up energy that was desperately needed elsewhere. Once the real time event is over, and you feel good about it, then you reset the board and go through the moves that you programmed. Sometimes what you thought was a success turns out to be an utter failure because of just one or two mistimed actions.

And Space Alert is definitely best with five. Four works OK, although you don’t get as full an experience. And while there are rules for playing with two or three players, it’s not great. But with five, you get not only the threats, but the unconfirmed threats. Plus, part of the challenge of the game is in communicating with your teammates in real time. Having an extra teammate makes the challenge that much more exciting.

What games do you enjoy most with five players in the room? Tell us about it in the comments.

More by Nerdist
The Witcher

Everything We Know About the KNIVES OUT Sequel, GLASS ONION

Everything We Know About Guillermo del Toro’s PINOCCHI...