It’s a beautiful moment in every aspiring DM’s gaming career: the first time you run your own game. But no matter how long you’ve been playing, that first session on the other side of the DM screen can be pretty scary. Let’s lift the proverbial construction paper on this dungeon and take a look at 5 of the things that frighten new DMs the most:

PLAYERS DO THE (COMPLETELY) UNEXPECTED 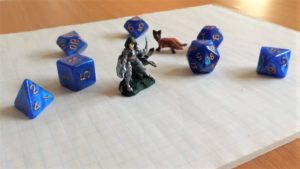 You spent weeks preparing a dungeon crawl for your 4 best friends. You chose puzzles that would appeal to their unique specializations. But when the players sit down to the table, decide to go shopping instead. What do you do?

The Solution: One of the best ways to prep for a game in which anything can (and often does) happen is to take a two-pronged approach: build all the encounters you want AND outline how the rest of the world is operating. That way even if your players do bail on the quest momentarily, it’ll be easy for you to set the mood wherever they go.

YOU FORGET HOW A MECHANIC WORKS 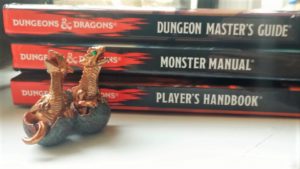 You’re in the middle of a social exchange when the party bard decides to Tasha’s Hideous Laughter. But wait a second, is there a saving throw on that spell? There might be, but you’d have to look it up. What do you do?

The Solution: No one expects the DM to have every rule memorized! If a player is casting a spell, ask them to check the spell’s details. If there’s a mechanic only you as the DM can look up, that’s a great time to ask your players to consider what they want to do next (or ask someone to go to the kitchen and grab more snacks) while you check your notes.

PLAYERS FREEZE UP WITH INDECISION 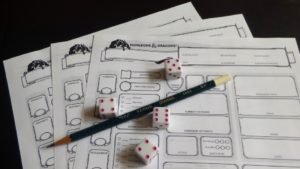 The party enters a seedy market, and each character goes in a different direction… except one. One player just doesn’t know which way to go, and the action of game grinds to a halt. What do you do?

The Solution: If you have a shy player at the table, you can let them have an extra moment to think while you handle another player’s actions first. If they need a little push, it helps to ask “In a snap decision, what would your character do?” That kind of question leads directly to a character-based reaction instead of a time-consuming internal debate.

YOUR FORGET (OR DON’T KNOW) SOMETHING ABOUT THE WORLD 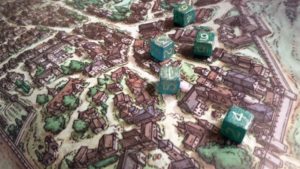 Game is moving along smoothly until one player looks up and asks a completely unexpected question. You’re totally blindsided and have no idea what to say. What do you do?

The Solution: Breathe! It’s gonna be ok! Half the fun of running a game is getting to make things up. If you need a moment, ask your players for an ability check related to their question or advise them that asking around or investigating the issue might be the best way to find out. 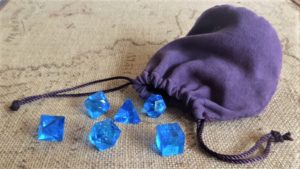 You’re ready to go, but your players start talking around the encounter (discussing stats and spell slots) instead of engaging with it. What do you do?

The Solution: Some players don’t love the role-playing, so don’t try to force it! Instead, lead by example and engage them in the moment. When a player begins describing an action to you, try asking them “Alright, how would your character say that?” You can always reward players who push themselves to really engage with the story!

Above all, D&D is meant to be one thing: FUN

It’s not about having a perfect memory for rules or trying to win an oscar for your role-playing skills. It’s about having a great time doing cool stuff with people you like. And that goes for everyone at the table, DMs included.
Psyching yourself up for your first campaign? Grab a notebook and check out Matt Mercer’s GM tips series for a more in-depth look behind the DM screen all about running an adventure at your own table!

Are you a DM with tips from behind the screen, or a first-timer with questions? Share your Qs and As in the comments!