After 29 years, several dozen casting changes, at least four false starts and a legal battle, Terry Gilliam’s adaptation of Miguel de Cervantes’ Don Quixote is finally here. The Man Who Killed Don Quixote feels like it took that long to make, and absolutely exhibits all of those delays, changes and battles, not to mention Gilliam’s own evolution as a filmmaker. There’s something deeply admirable – and thrilling – about seeing it come to fruition after so many obstacles.

But rather than offering catharsis after the long delay, The Man Who Killed Don Quixote feels more like old man’s folly, the sometimes intriguing but too frequently tedious pursuit of an elapsed dream.

Adam Driver stars as Toby Grisoni, a commercial director struggling for inspiration on a Don Quixote-themed shoot in rural Spain. His disengagement from the project is obvious to his exasperated production team, but The Boss ( Stellan Skarsgard) indulges Toby’s artistic temperament, and tasks him with watching his wife Jacqui (Olga Kurylenko) while away on other business. But after buying a copy of his student film, an adaptation of Don Quixote, from a local gypsy, Toby realizes he’s returned to the same location he visited ten years earlier, and decides to revisit the site where his career began.

Borrowing a motorcycle from his production, Toby travels to the village and promptly encounters many of the locals who helped him a decade prior, some whose lives he changed, and not for the better, by filling their heads with dreams of bigger things. But when he reunites with the star of his amateur production, an elderly shoemaker named Javier ( Jonathan Pryce) who now suffers the delusion that he is the literary knight, Toby is unwittingly thrust into the role of Quixote’s sire Sancho Panza, bringing together the filmmaker’s past and present, reality and myth, in a dizzying gauntlet of wild, whimsical, larger-than-life misadventures. 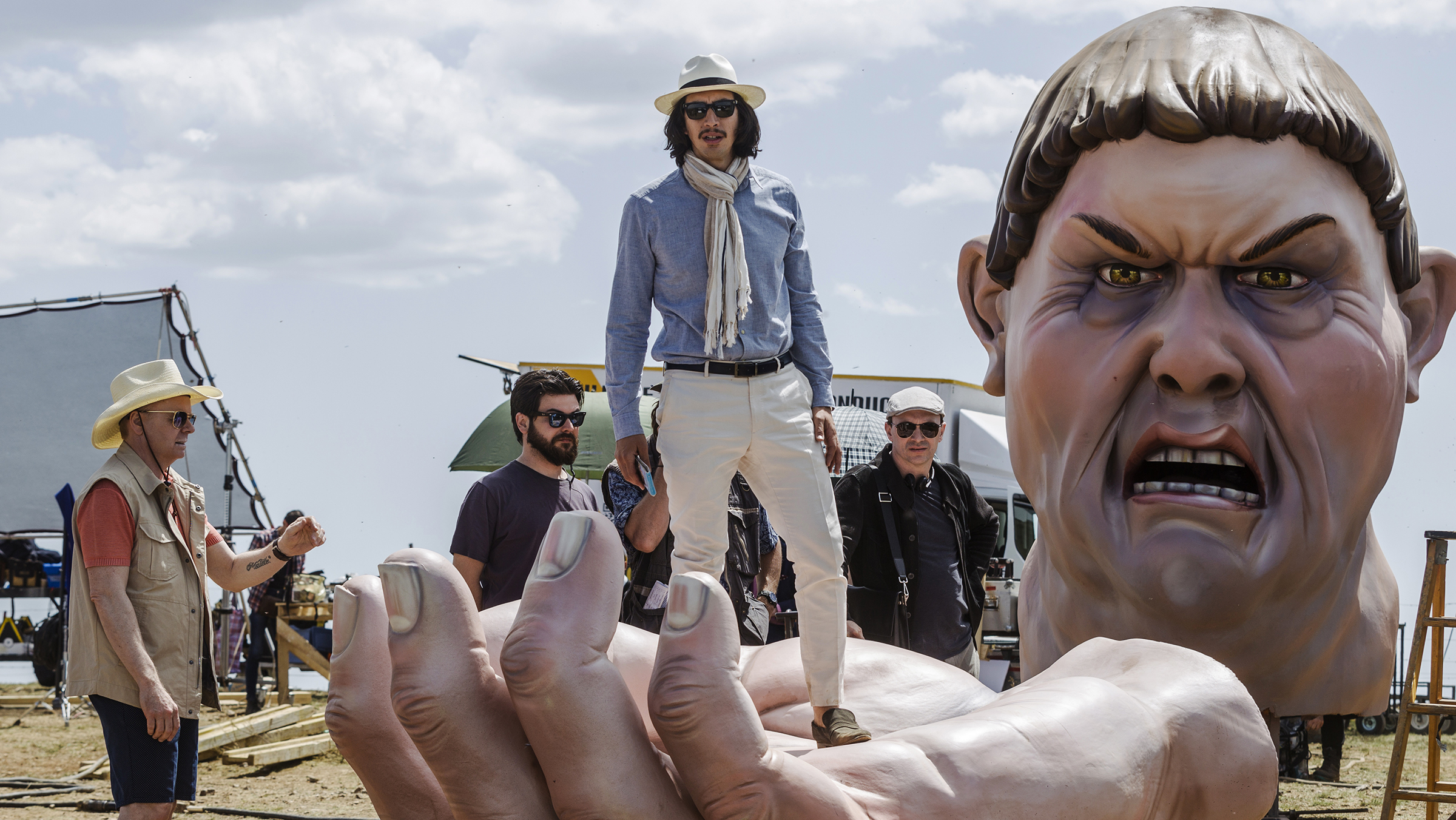 Without reading the original script created back in the 1990s, it’s hard to know precisely what sort of treatment Gilliam would have given the Quixote story then. Consequently, it’s understandable to update ideas to reflect not just those of an older filmmaker but one who endured all of the obstacles he did to get this made. But the end result juggles its sympathies between posh, jaded Toby and raving, oblivious Javier, and is unsure whether the goal is to encourage a young filmmaker to rediscover his creativity, and humanity, or validate an old man’s relentless delusion.

Toby has grown from that scruffy collegiate auteur into a privileged, insensitive prick, but he’s not wrong that Javier desperately needs medical attention. But what’s more strange is how the compassion Toby eventually develops for Javier is not tied to any attempt to harmonize their points of view; rather, they’re both effectively neutralized. Not only is Toby’s commercial project all but abandoned narratively, but Javier’s quest is suitably dismantled and he is humiliated for his madness.

These themes run recurrent in almost all of Gilliam’s films: reality and fantasy merging in unpredictable and often indistinguishable ways, and men succumbing to the uncertainty with a feverish if self-destructive passion. But does that make The Man Who Killed Don Quixote just another Terry Gilliam film, a further exploration of ideas that have always fascinated him? Or is his perseverance in finishing this project merely an embodiment of it?

Of course, he’d probably be the first to acknowledge that there are so many metatextual layers to its narrative – borrowed from and building upon the delusional quest of Don Quixote himself –that the film serves as a mirror, or maybe a looking glass, for the material, and for Gilliam. But ultimately, The Man Who Killed Don Quixote illustrates that Gilliam’s determination to finally finish the project overshadowed making a good film.