18 years after the release of Terminator 2: Judgment Day, director Tim Miller’s Terminator: Dark Fate aspired to rekindle a torch lit by writer-director James Cameron as a pulse-pounding meditation on mankind’s relationship with technology. Although the film’s poor box office performance jeopardized the possibility of future installments, Dark Fate’s master stroke was recruiting Linda Hamilton to reprise the role of Sarah Connor for a journey that reconnects this iconic screen warrior with the humanity that she sacrificed within herself in order to save everyone else’s. But 25 years after first playing Connor, Hamilton was uncertain anyone would want to see her in the role even if she could muster the physical ability to take on another sequel. 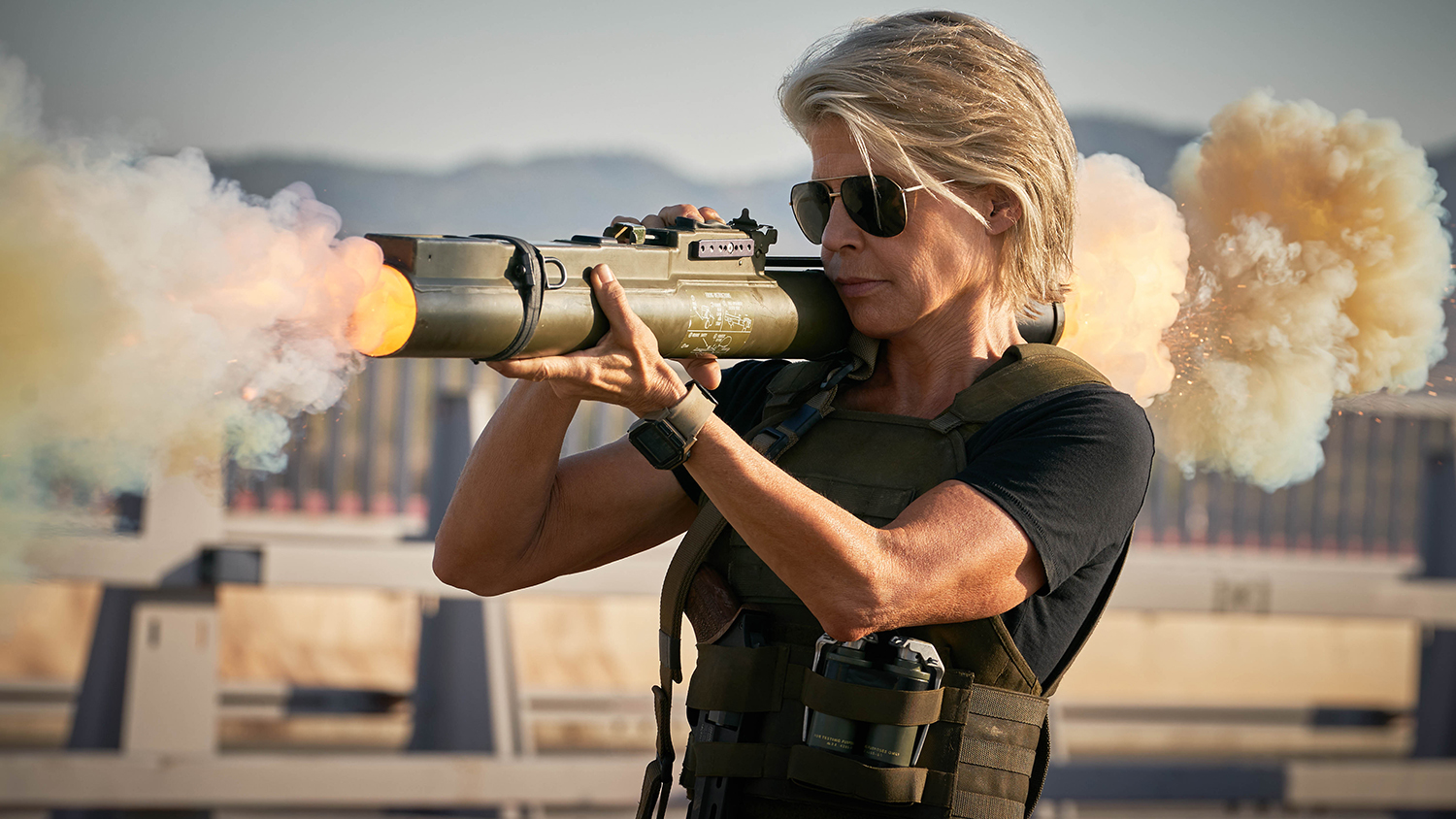 “I really was not prepared for Sarah Connor to ever come back,” Hamilton told Nerdist, speaking in conjunction with Dark Fate‘s release on 4K UHD, Blu-ray and DVD. “People asked me for 20 years ‘will you ever,’ and I’m like, yeah, a geriatric Sarah Connor – put her in a wheelchair. So I was flummoxed when Jim told me what they were thinking.” A pivotal idea in James Cameron’s story offered Hamilton an unexpected opportunity to explore Sarah in a new way. “The fact that [John Connor, her son] has been executed and she’s been on her own for all of these decades started to pique my interest as an actress.

“The fact that that the future has changed, or her idea of the future, and all of this time has passed, and a woman carrying around a tortured heart and a bitterness and vengeance with no real purpose to speak of and no real faith in humanity was a fantastic launching off point to just say, okay, this is brand new.”

Her performance as the hardened Connor in Judgment Day remains a standard-bearer for complex, formidable action heroines, an example of a female character who’s not only physically capable but emotionally sophisticated and multi-dimensional. Hamilton thrilled at the chance to showcase the character’s development now that Connor, like the actress, was entering her 60s. “I embraced the fact that I am a woman of a certain age and have so much more to bring to the table in terms of experience and wisdom and just craft as an actor,” she said. 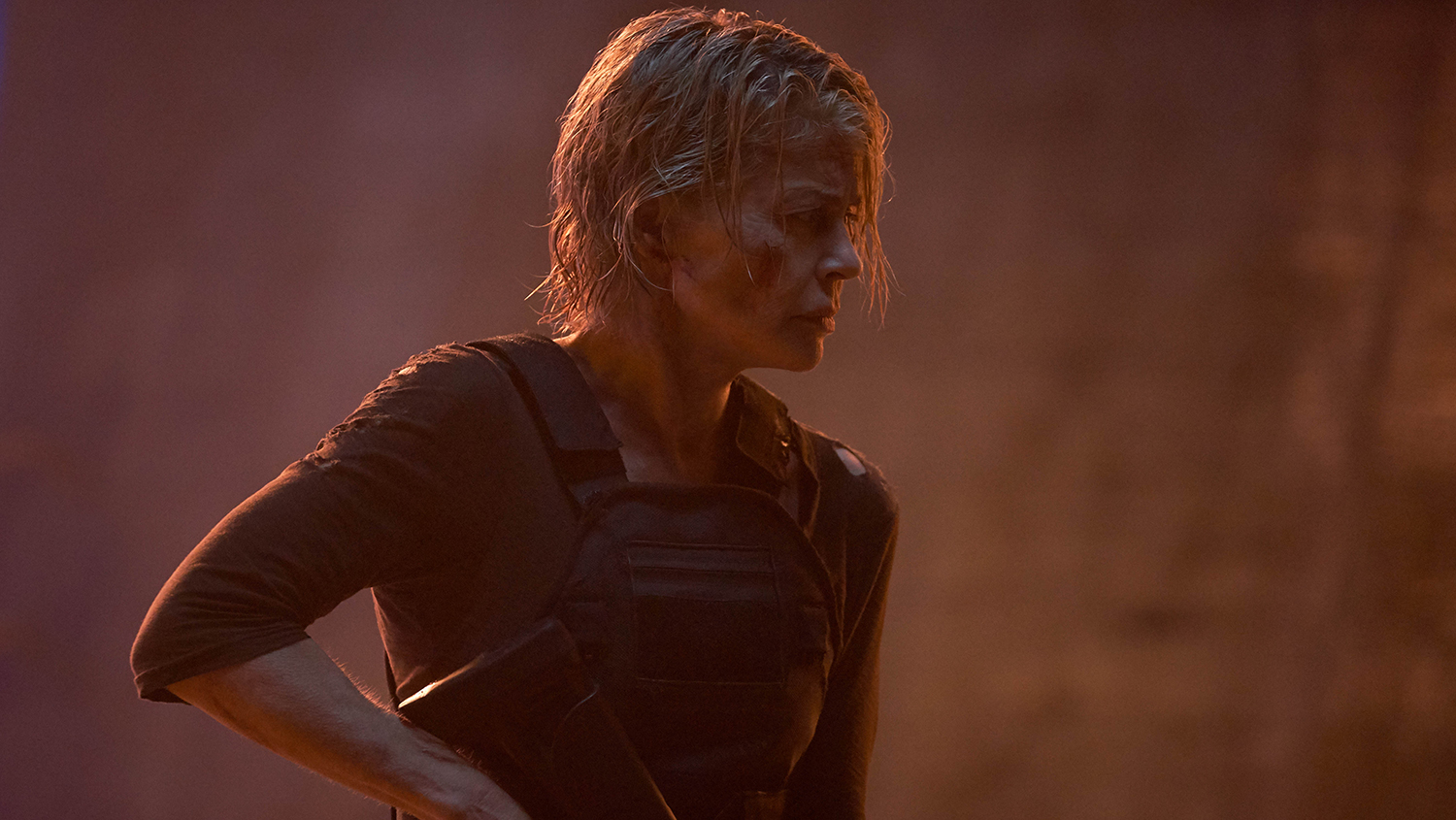 Cameron himself successfully petitioned Hamilton to return to the franchise, an offer he admitted last year in interviews that he was initially unsure if she would accept. But although he’d carefully mapped out the story of Dark Fate and Connor’s journey within it, Hamilton indicated that they didn’t agree on exploring all of his ideas when time came for her to play the character again for the first time in almost 20 years.

“We had a big sort of fisticuff because 25 years ago, her view was that there’s no fate but what we make for ourselves. [Jim] thinks that’s still Sarah’s belief system, and I’m like, it is not,” she argued. “She went and changed her fate, and something came back and bit even harder. I was like, I can’t say that worked out real well for Sarah Connor and I’d be a fool to continue with a belief system that didn’t work for me 20 years ago. So we had to struggle to put together Sarah’s belief system, because that’s what life is – we have many feelings about certain things, not just one feeling.”

She credited battles like that one to what enabled the film to work, and more broadly, for the franchise to survive and even evolve. “What helps is that we don’t just have these rigid characters that are holding the same set of beliefs,” she observed. “I’m the least human character in this version of the franchise! My son is lost, my mission is lost, my love of humanity is lost. She is an empty vessel of automatic actions trying to kill terminators. But then the arc becomes really learning from her mistakes and learning to open up a little bit again – to want to be protective, to care and therefore risk being hurt again. All of those are just such human struggles that that makes me go all-in as a character to portray that.” 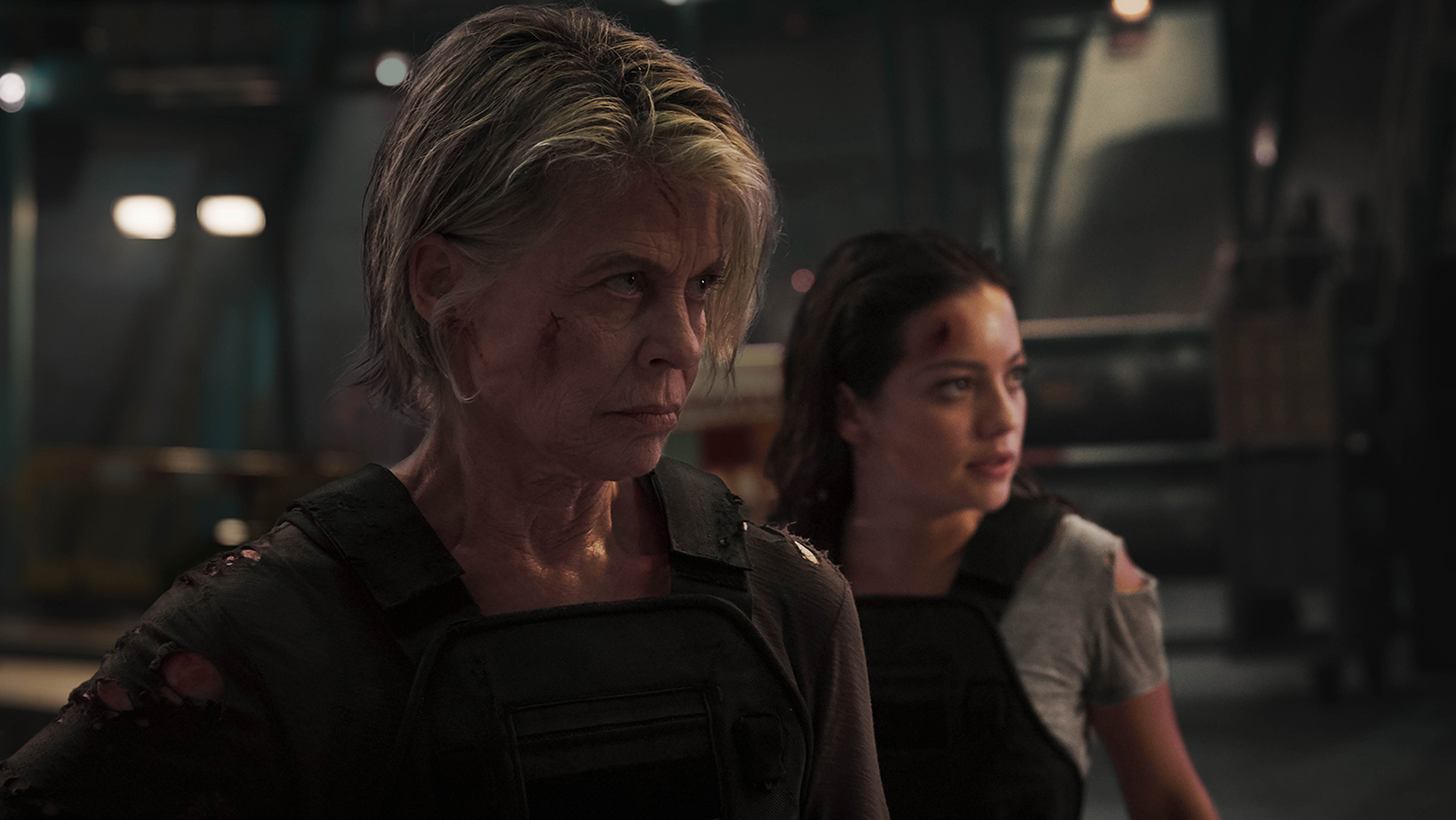 During the lead-up to the release of Dark Fate, Cameron and his collaborators revealed that they intended the film to launch a new trilogy not just exploring new characters, but different themes. Its lackluster performance in theaters threw those plans into limbo, but Hamilton indicated that she eagerly agreed to follow Sarah Connor wherever the franchise’s architects took her – even if she only paid attention to the character’s journey one step at a time. “Beyond Dark Fate, there was not much discussion about the future at all,” she revealed. “I can barely do one at a time! But if there had been another one, and a third one, I would have been very vocal about keeping Sarah Connor interesting. Nobody wants to be same old, same old.”

If Hamilton was reluctant to take on the challenge of playing Sarah Connor again, it doesn’t show in Terminator: Dark Fate. She brings new elements and new layers to a role that is both synonymous with the film series and with the great female film characters of all time. All of which is why Hamilton has no unexplored ambitions, and no regrets if her journey as Sarah ends with this film. “I feel very, very glad that I did this film, because it was the hardest thing and the greatest thing that I’ve ever done,” she said. “I don’t mean greatest performance wise, but just in terms of demands, and the largess of the story.”

“It was 10 times harder than what I did 20 some years ago, so I feel extremely grateful that I went ahead and did what terrified me,” she added. “It’s hard to compare Judgment Day to this film, and I’ll leave that to other people. But I am very glad to get to tackle this character as a woman of a certain age, under different circumstances.”