How TENET May Use Thermodynamic Principles to Twist Time - Nerdist

How TENET May Use Thermodynamic Principles to Twist Time

Christopher Nolan’s upcoming thriller Tenet is nebulous in many ways. First, the film’s release date keeps getting pushed back due to COVID-19. There’s also the lack of details surrounding the film’s plot and devices used within its narrative. Are they time traveling? What is “Tenet”? World War 3? Is the trailer backwards?

There’s enough imaginative speculation to tide fans over until it drops in August (or later) but we want to take a look at Nolan’s time inversion comment and how thermodynamics or mirror worlds might play a role into the time twisting element. To help us do that, we even brought in a mechanical engineer with a background in thermodynamics. But first…

What do we know about Tenet so far?

All right, let’s break down what we know about Tenet at this point. The main character is Protagonist (John David Washington), an operative working for an organization called Tenet. He’s given the task of preventing the future World War 3. Protagonist is chasing a Russian villain (Kenneth Branagh) whose name we do not know yet; this villain is able to somehow manipulate future events. Our leading guy can also play with time, as evidenced in the most recent trailer.

Protagonist is accompanied by Neil (Robert Pattison), who plays a role within a network of secret services. To make things even more complicated, the villain’s wife (Elizabeth Debicki) has an ambiguous relationship with Protagonist. The film was shot in several countries around the world and, based on the trailer, looks like it will be awesome to see in theaters one day. 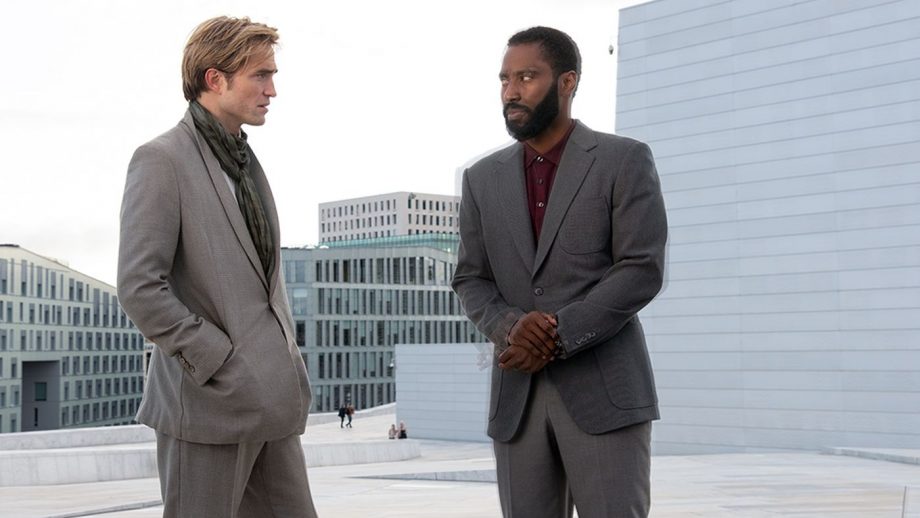 In an Entertainment Weekly interview, Nolan responded to questions about how time works in Tenet. Many viewers thought there would be a time traveling element within this story. However, Nolan says the film uses a concept called time inversion. Here’s how he describes it for fans:

“[Tenet] deals with time and the different ways in which time can function. Not to get into a physics lesson, but inversion is this idea of material that has had its entropy inverted, so it’s running backwards through time, relative to us.”

Nolan’s brief explanation seems to be built on the general physics concept of population inversion. According to Britannica.com, population inversion is the redistribution of atomic energy levels that takes place in a system so laser action can occur.

There is a system of atoms maintaining an equilibrium with more atoms in low energy states than high ones. However, if there is energy pushed into the system, the population of atoms in the higher energy state will become greater than those in the low energy state. In Tenet, time would be the system. Entropy, a thermodynamic quantity that represents a degree of disorder or randomness in a system, is the measure of the energy within this time system that is generally not available to be used or controlled.

But if you can invert that energy, then you can manipulate time at your will. At least, that’s what we think. But to get a lot more insight, we pulled in Demetrious, a mechanical engineer with a background in thermodynamics, to break down what that word means and how it can play into Tenet’s plot.

“Thermodynamics is a physical science that deals with the study of the relation between heat and other forms of energy,” says Demetrious. “And basically, if you look at how they’re observing time in the trailer, they are using a specific set of inputs. The guy who is speaking to Protagonist at the beginning [of the trailer] says the inputs may put you in some places that you want to be and other places you may not want to be. So, you can’t look at time as a straight line—it’s a function that has inputs and variables…and you could end up in times and places that are either advantageous or not advantageous while trying to find the specific variables you are looking for.”

He says it will be interesting to see what constant is used and how they will feed into that system to hit a moving target. Based on what we have seen so far, the main moving target seems to be the mysterious antagonist. It’s also plausible that Protagonist is a moving target himself who is going in one direction while everyone else around him is in another.

Perhaps the film will use time to slow him down or disrupt whatever chaos he introduces to the system. And, if time is in flux, it will not be easy to prevent the set of events that lead to the World War. There will be some missteps, altered events, and surely a ripple effect to messing with time. It’s like the infamous grandfather paradox that muses about what would happen if you travel back in time to kill your grandfather before he had one of your parents. How did you even exist to perform that action? Will you fade away into particles after it is done? Tenet is pretty much the embodiment of Murphy’s Law, as explained below by Demetrious.

“Murphy’s Law is basically a law of nature that says that anything that can go wrong, will go wrong. You would play the law of averages of trying to get as close to the specific set of data that will put you where you want to go.”

There would certainly be drawbacks and complications with altering events in time. It would explain why the characters have to wear oxygen masks and why Protagonist appears to be blurry at times. He is in a state of flux, just like the atoms in population inversion. 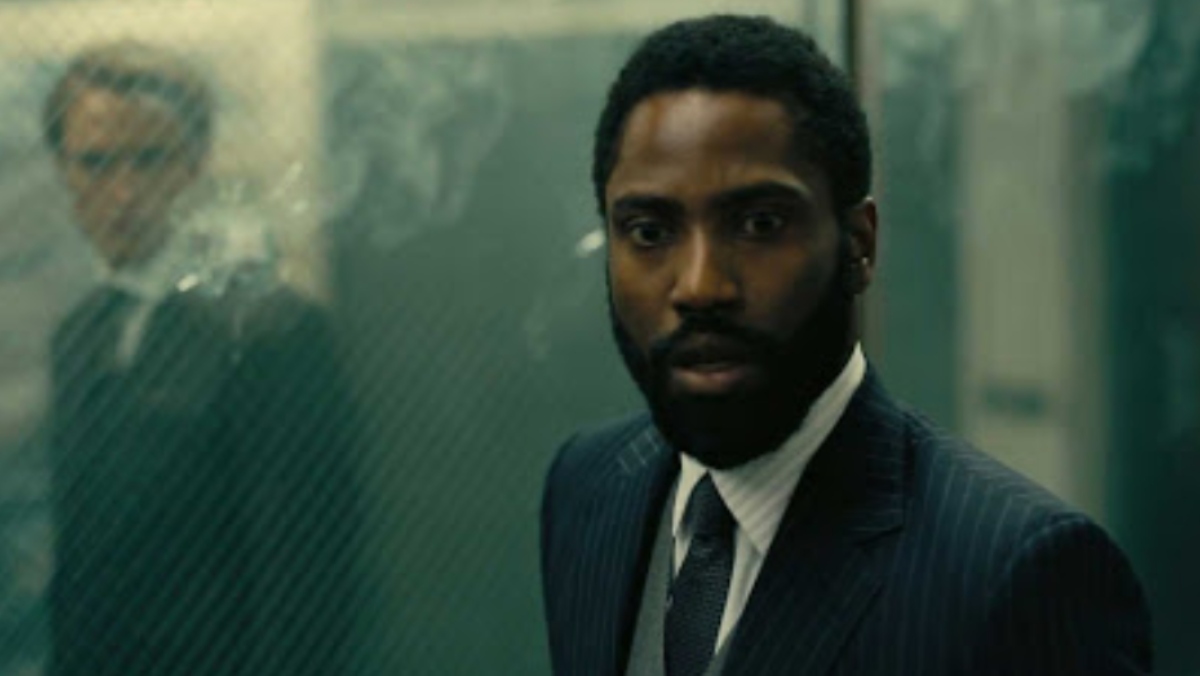 This world is certainly not like ours…but what kind of world could it be? I have previously mused about the possibility that Tenet takes place in a mirror world or universe. Unlike a parallel universe where everything moves in the same general direction with maybe some variation, a mirror universe directly reflects that world.

For example, when I turn my desktop camera on to test it out, if I move my hand to the right it appears to go to the left in the image. The exact same action is happening but it looks different. Maybe Protagonist (and Tenet) are experiencing the world from a different side of the mirror than what we are seeing as the viewer. And if they can access both sides, they can cause some manipulation on the side that seems to move forward to prevent the other side from transpiring.

The word “tenet” itself is a palindrome—a word that is spelled the same way backwards and forwards. If you split it in half, it is indeed a mirror.  In Tenet, things can appear to be going forward or backwards depending on what side of the mirror you are on. Of course, there are Reddit threads, videos, and other musings on the Internet that explore this same concept because a lot of us are thinking the same things.

Demetrious challenges this theory because of Nolan’s time inversion concept. “If time is functioning like a mirror and you could graph it then it would be flat, at 180 degrees. Any unnatural action against it could hit and pierce through the glass. But if you are going in time to change the outcome of situations then that would disrupt the straight line and cause bends and different ripple effects.”

So, what is the truth? I do not know. An engineer who actually understands thermodynamic jargon doesn’t know everything. The only person who knows is Christopher Nolan. And with his track record, it’s sure to be a film full of puzzle pieces, confusion, and tidbits that will make us want to watch it over and over again.