â€œCowabunga!â€ feels like a possibly overused exclamation where the Teenage Mutant Ninja Turtles are concerned, but for once thereâ€™s a piece of news for longtime fans that earns it: on October 19, Waxwork Records is releasing John DuPrezâ€™ original score from the blockbuster 1990 film on vinyl for the first time.With apologies to Johnny Kemp and MC Hammer,Â a complete presentation of DuPrezâ€™ music has long been one of the most highly demanded pieces of TMNT ephemera. Following the debut of a â€œShredderâ€-themed limited-quantity release at 2018 New York Comic Con, Waxwork is offering the score in eight (!) different color variantsâ€”one each for Leonardo, Michelangelo, Donatello, Raphael, Casey Jones, April O’Neil, Master Splinter, and The Foot, pressed onto double vinyl with art designed by Turtles creator Kevin Eastman exclusively for this release. 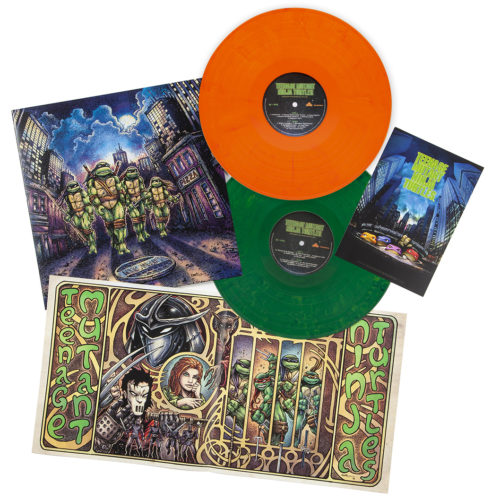 Pressed onto 180 gram vinyl, DuPrezâ€™ score features 24 tracks, sourced from the original masters, restored and remastered on a deluxe double LP. So not only is this the first ever release in any format, itâ€™s also the best possible presentation. DuPrez, a member of the â€˜80s band Modern Romance, began his composing career with contributions to the Monty Python-related projects Meaning of Life and A Private Function before moving onto the Jim Carrey comedy Once Bitten, â€œWeird Alâ€ Yankovicâ€™s UHF, and finally, Teenage Mutant Ninja Turtles. He provided the music for the second and third Turtles films as well.Check out four tracks from the score via this exclusive Soundcloud link from Waxwork Records:

In addition to the complete score, this release features three alternate mixes, including â€œSplinterâ€™s Tale Iâ€ and â€œII,â€ rectifying a bit of confusion from the original soundtrack release, which featured a version of these tracks that was different than the one used in the actual film. Eastmanâ€™s artwork on the cover and gatefold not only brings the beloved property back to its origins, but provides a sequential storyline of the 1990 film. Regardless which color vinyl you purchase, the set also includes a poster illustrated by Eastman, and a 1990 TMNT movie poster postcard. (Manufacturer’s suggested retail price is $40.)The track list is as follows:Side A

Check out the NYCC “Shredder” color variant below, and keep an eye on Waxwork Recordsâ€™ social media feed for details about what time on Friday the others will go on sale. 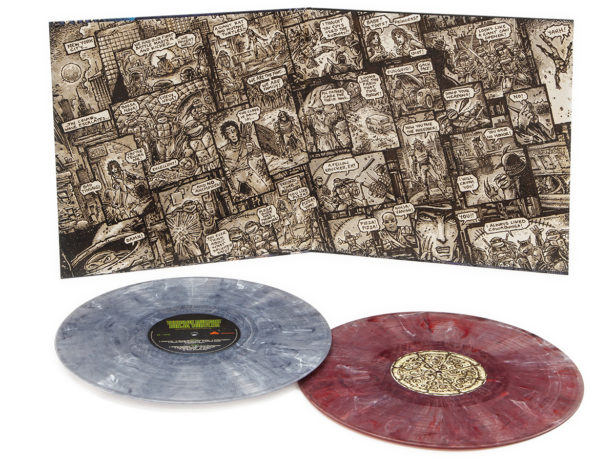