The original Teenage Mutant Ninja Turtles film is celebrating its thirtieth anniversary this year. Fans who grew up with the movie will now have a radical new way to share their love of a childhood favorite thanks to a series of stunning new posters from the folks at Vice Press and Bottleneck Gallery. These new screen printed posters by Florey will have you screaming”Cowabunga, dude!” 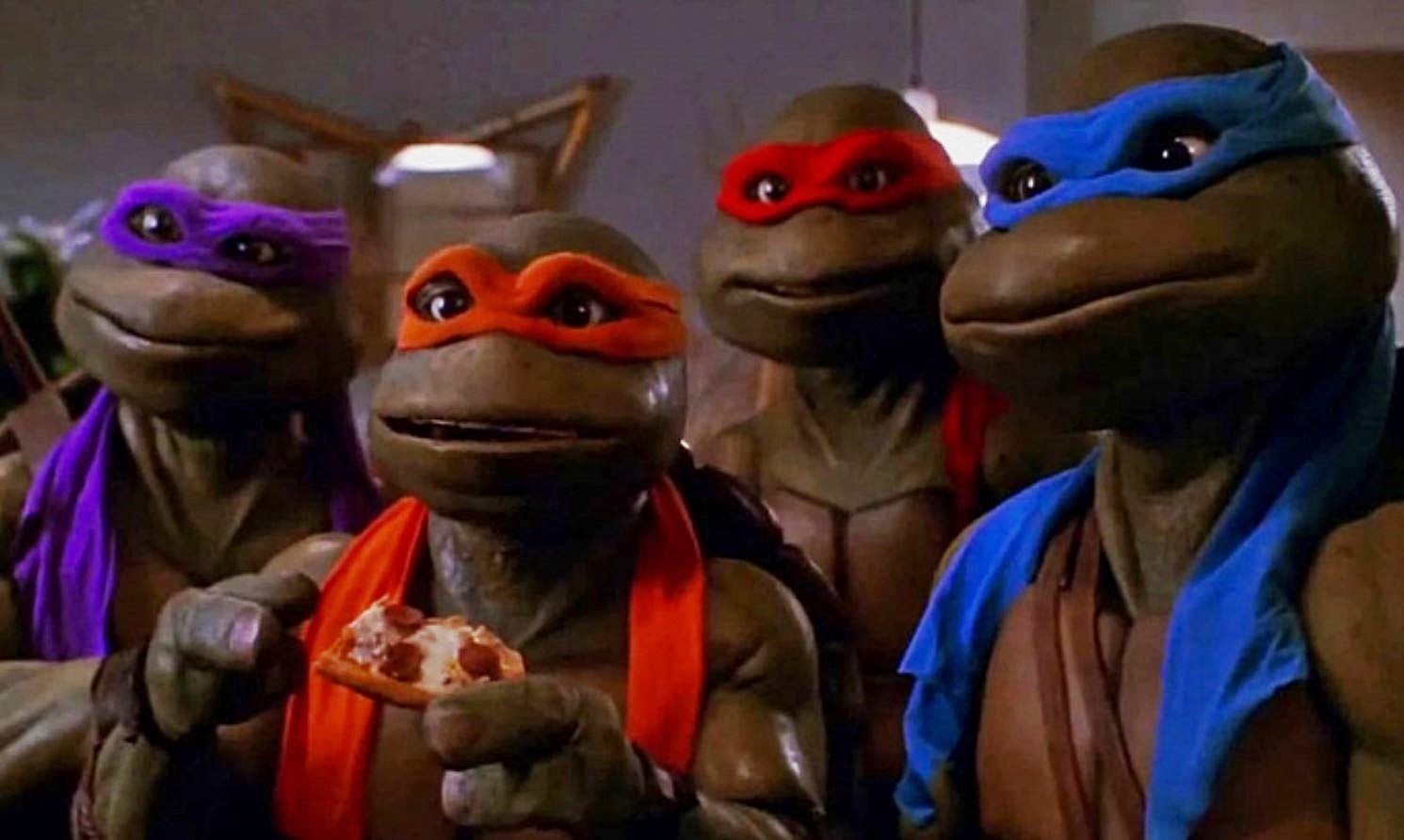 To celebrate the film’s big anniversary, these posters come in a timed edition, along with four limited edition variants showing the group kicking butt on the rooftops of New York. The timed edition glows in the dark using a special ink layer, while the variants come in four different colors. The colors represent each of the Turtle’s masks, with red, blue, orange and purple. Each color is an edition of just 35, and the colors will be chosen at random. 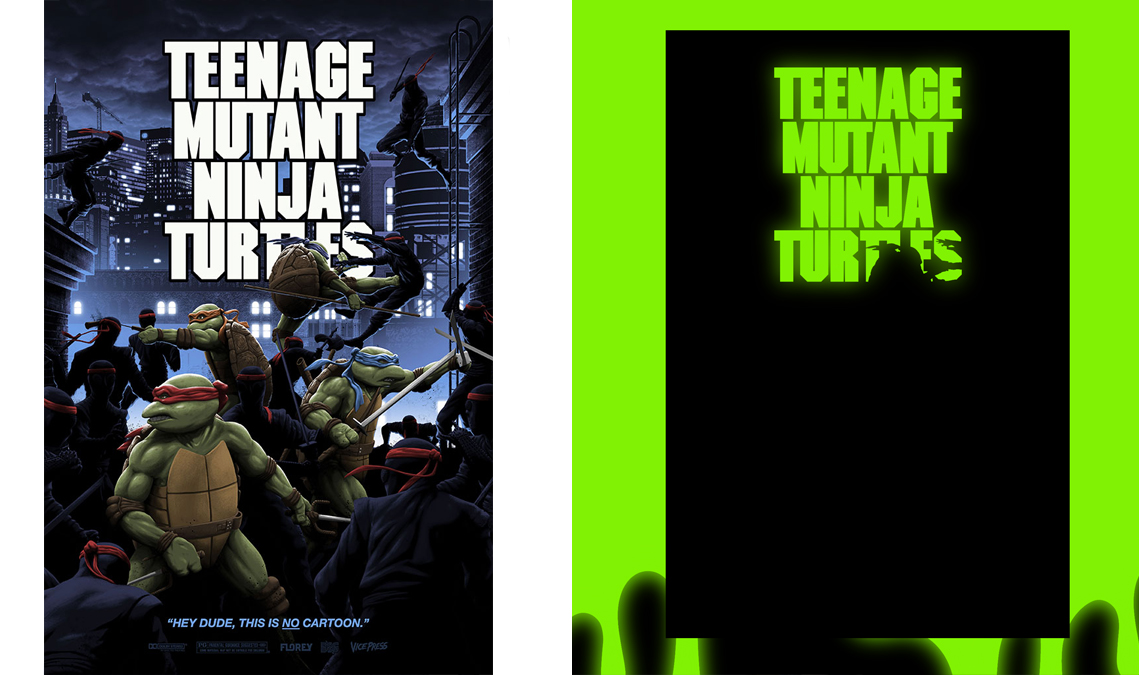 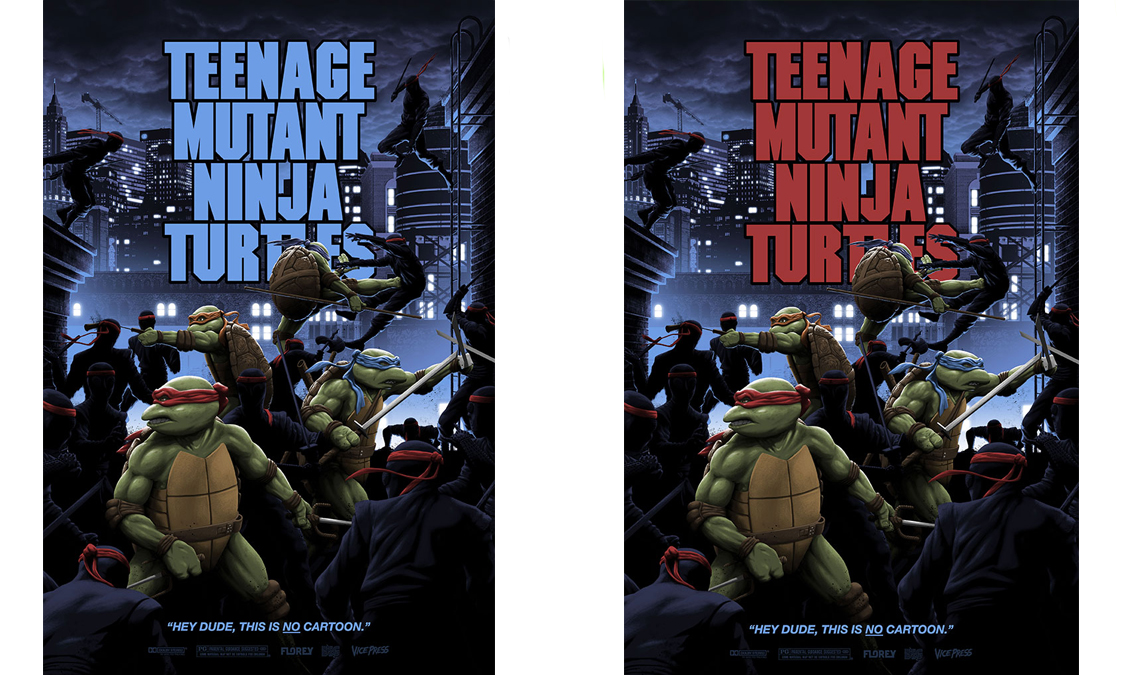 Each color available in an edition of 35 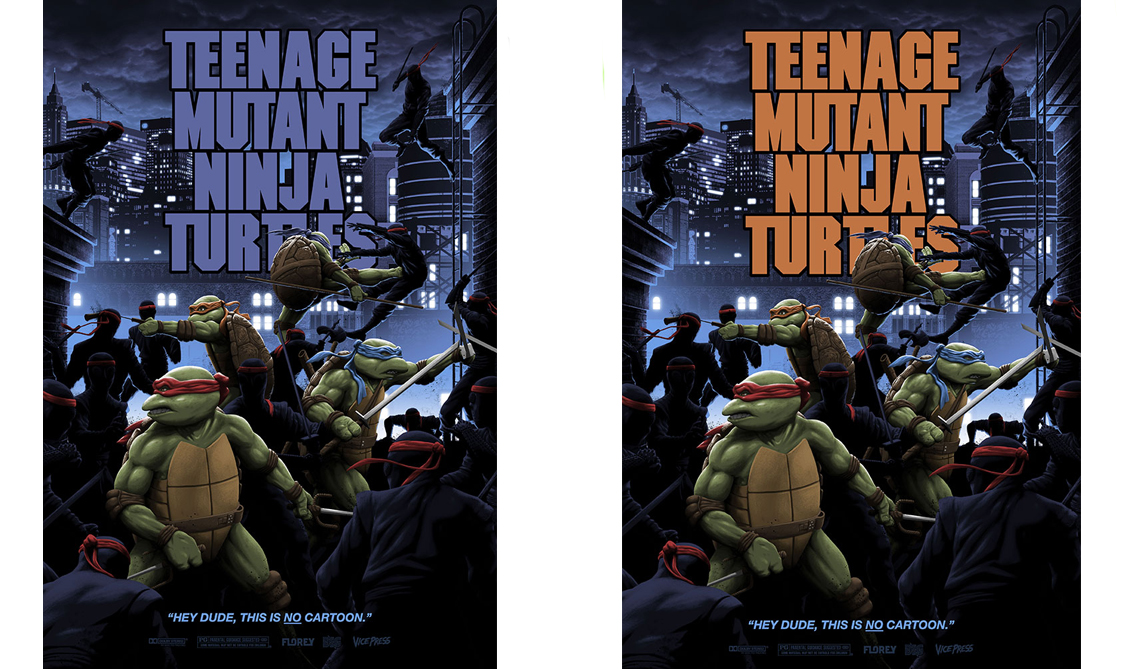 The 1990 film represented the peak of the TMNT pop culture phenomenon. The movie found unexpected box office success. The movie cost only $13 million, which was measly even by ’90s standards. It went on to gross a whopping $200 million worldwide, cementing the Turtles as the comic book superheroes of the moment. A bigger non-Batman comic book movie wouldn’t happen for ten more years! Just for its status in comic book movie history, the Turtles deserve a framed poster in your own home’s hall of fame.