What We Lose When We Lose Shows Like TEENAGE BOUNTY HUNTERS

Last month, Netflix axed a slew of shows. That list included the widely-beloved GLOW and fellow fresh, creative, female-driven original Teenage Bounty Hunters. I won’t use this space to bemoan the loss of GLOW. Nor will I dig into the streaming giant’s decisions to produce straight-to-series shows and then cancel them before they can get their legs under them. Plenty of other places have discussed this. But I will talk about what viewers lose when shows like Teenager Bounty Hunters don’t get a second season.

First, some background on the show if you haven’t seen it. The action-packed dramedy centers on fraternal twins Sterling and Blair Wesley. They crash their daddy’s hunting truck and start apprenticing with bumbling-but-benevolent bounty hunter Bowser Jenkins. Their goal: to bring in local criminals for cash to pay for truck repairs. It’s half buddy comedy, following the twins and Bowser as they plan stakeouts in a yogurt shop and tackle drug dealers in a retirement home. And it’s half coming-of-age teen drama, showcasing Sterling’s and Blair’s attempts at finding love and exploring their sexuality and its conflict with their evangelical Christian upbringing. They’re also recognizing their privilege as upper-class white girls in suburban Atlanta and navigating power struggles at their preppy private high school. 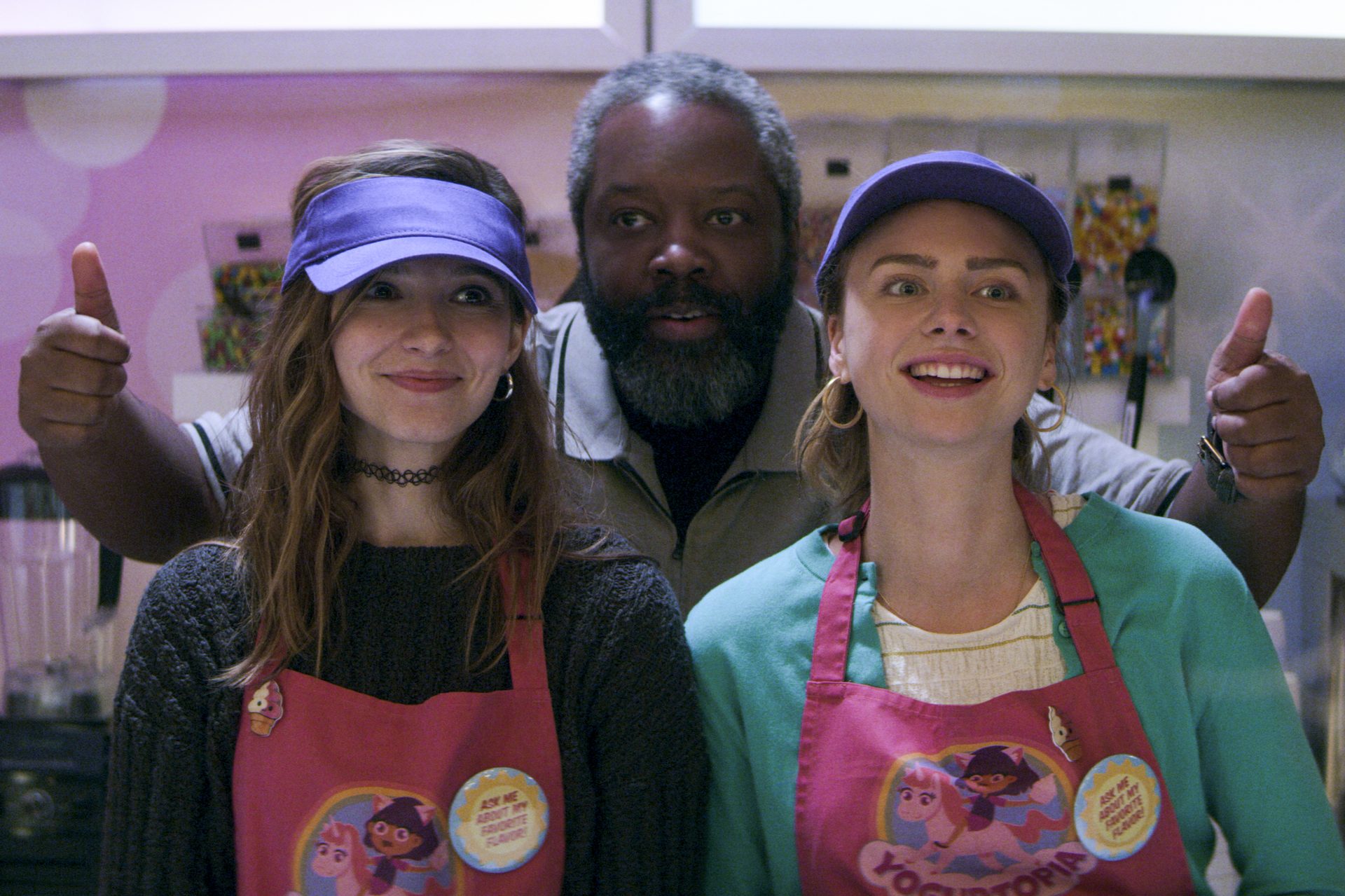 All of this comes with a slow-building thriller twist that comes to a head in the final episode. The writing includes consistent commentary on racism, classism, and issues ranging from gun control to LGBTQ rights. Plus zingy jokes keep the pace up and the tone light.

That might sound like a messy mash-up, but with the exception of a bit of weird pacing around episode eight of the ten episode season, it works. And it does so because it honors girlhood and growing up. The series gives us characters to root for (and against) without turning any of them into caricatures. Teenage Bounty Hunters explores the central characters’ development against realistic circumstances.

There’s an enemies-to-friends trope, but it features extremely Christian lesbians. Yes, there’s the sexual tension between the team-captain himbo and his type-A girlfriend. However, this time the girlfriend is the architect of their sex life. Her pleasure, not his, is centered. The all-white country club has a Black valet, but he’s incredibly rich and it’s his family that disapproves of his relationship with his white girlfriend—not the other way around. And the show has a proliferation of southern gun-toting daddy’s girls. But two of them use said guns (and selfies, catfishing, and Instagram geotagging) to chase down an assaulter and bring him in for a $5,000 reward.

As someone who grew up with Gossip Girl and Gilmore Girls as the most accessible depictions of what it means to be a teen girl—and who found both the grittiness of the former and the idyll of the latter to have missed the mark on capturing the real experience—it’s refreshing to have a sex-positive, queer show with a female gaze that centers sisterhood and self-discovery in an authentic, believable, and unafraid-to-laugh-at-itself way. It’s disappointing to find something so funny and that so thoroughly passes the Bechdel test and then to lose it after just one season. 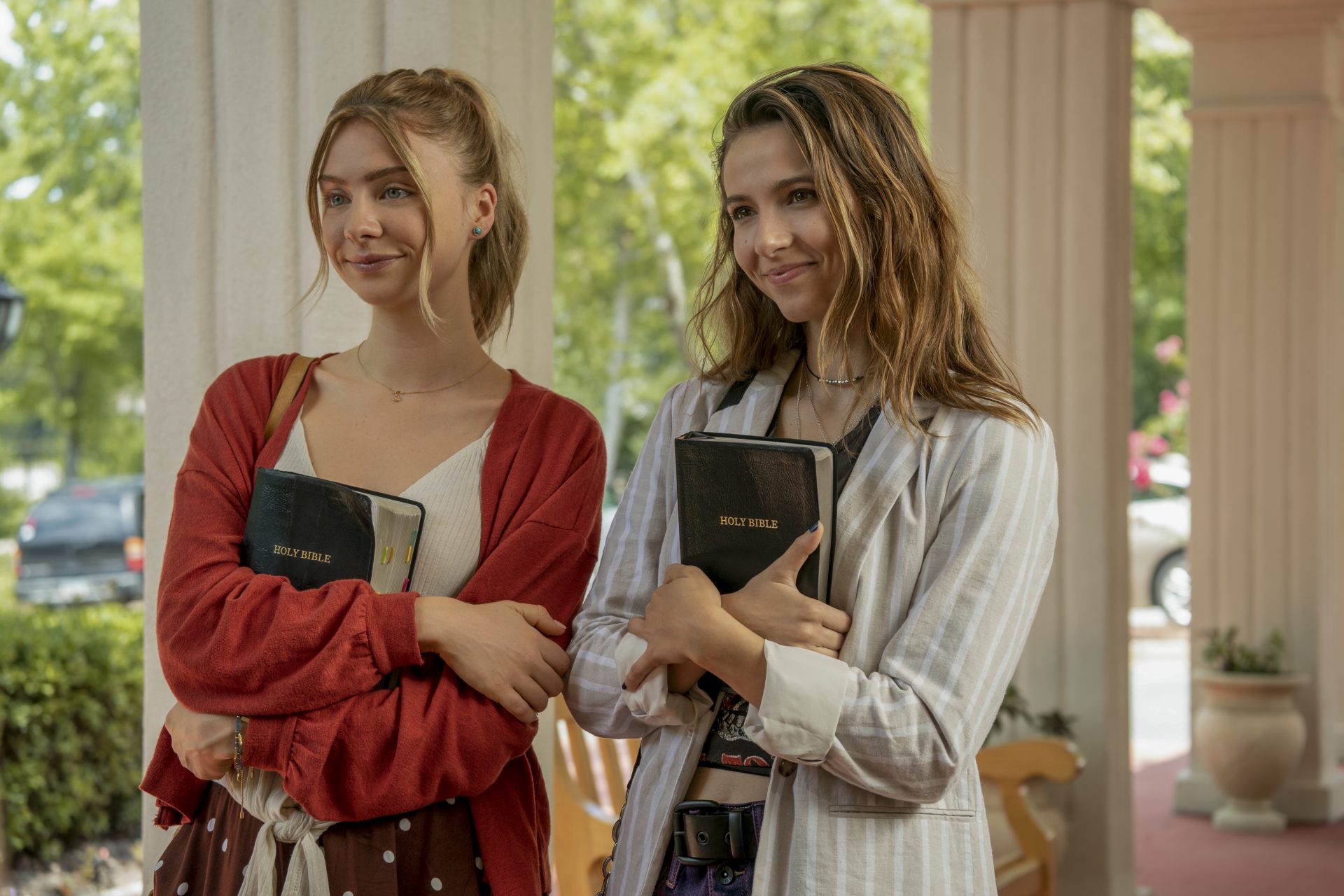 I’m not the only one who feels that way. For the last few weeks, the show’s super-engaged fanbase has been staging a renewal campaign, sending Sour Patch Kids (an in-joke from the series) to TV execs’ offices, tweeting at Hulu and Amazon Prime Video to pick up the show, and even launching a website to make their case.

Whether or not their campaign is successful, Teenage Bounty Hunters deserves to find a wider audience. It’s not a perfect show. The series carries an implicit approval of the bail bond system. Its cringey, if self-acknowledged, white savior trope begs for more nuance. But it’s different, clever, and refreshingly real. Sterling and Blair are better ambassadors for teenage girlhood than we’ve seen in a while. And that kind of representation is powerful. Losing the chance to see queer Christian girls find harmony between their families, faith, and desires is a loss. And not just for other queer Christian girls. It’s a loss for everyone who’s ever struggled to fit in. In other words: it’s a loss for all of us.