Japanese Tradition and Art Collide in These Unusual Tatami Designs

A fifth-generation tatami craftsman near Nagoya, Japan is bucking tradition. Tatami, or a woven straw grass mat, is a symbol of Japan’s storied past. Usually laid down in square or rectangle patterns in traditional Japanese-style rooms, tatami is both elegant and pleasing to the eye. But as apartments and modern Western-style houses grow in popularity, traditional flooring is disappearing. 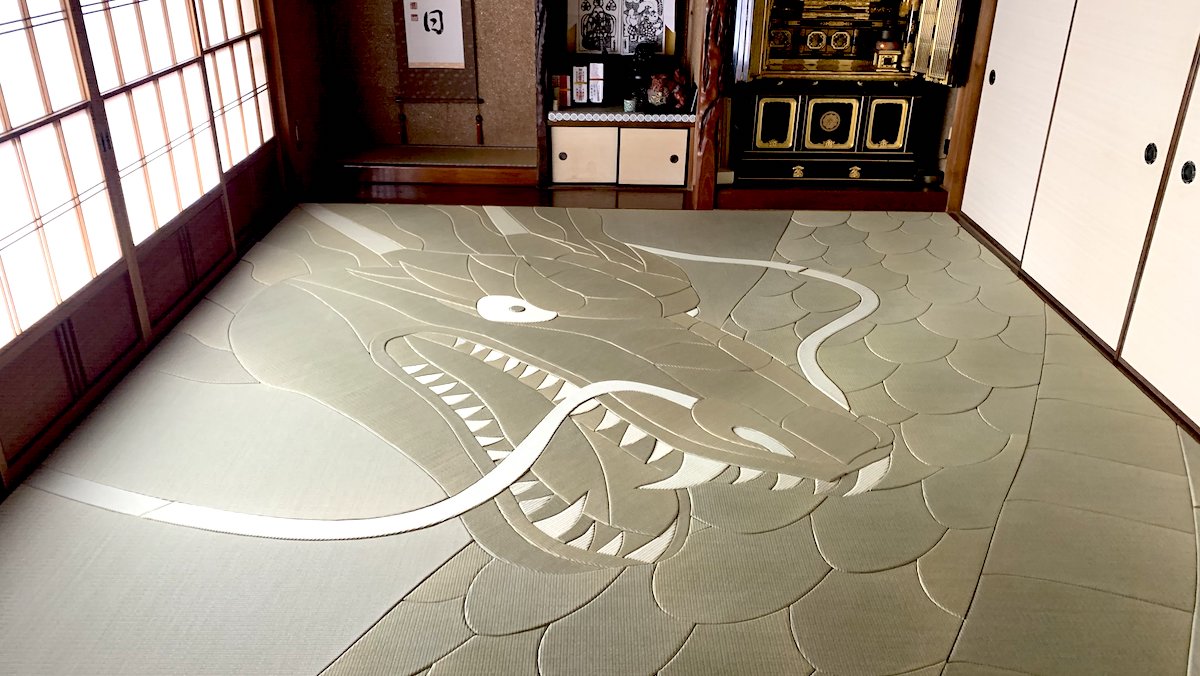 Yamada’s company, Yamada Hajime Tatami-ten, has been creating and laying tatami mats since 1869. Combining centuries-old tradition with modern designs and technology could be the breath of fresh air his industry needs to keep going. Yamada shared a look at his patterning and production process on YouTube. It’s mesmerizing.

Yamada uses color, weaving, and unusual shapes to create unique tatami designs. In an interview recently translated by Nippon.com, he said “originally, he thought that it was only possible to make rectangular tatami, but when he realized he could produce other shapes, he began creating designs that use rooms as a giant canvas.”

Tiles in the shape of circles, irregular polygons, and more are used in Yamada’s designs. Alternating the weave affects the reflection of the light on the woven grass so that the mats even look like they’re changing colors from different angles.

Yamada plans to take his ideas international so that homes around the world can display his imaginative artwork on floors, furniture, and more. Take a look through Yamada’s website for a gallery of his amazing creations and be sure to read the complete interview on Nippon.com for a fascinating look at how modern aesthetics and traditions can live in harmony.