When synthesizer-driven composition first gained popularity in the 1970s, Tangerine Dream’s score for Sorcerer became a standard-bearer and artistic benchmark for the possibilities of a then-nascent musical movement. William Friedkin’s remake of Henri-Georges Clouzot’s Wages of Fear marked the German electronic band’s first foray into film music, and its success validated and galvanized an artistic endeavor previously associated shoestring productions and exploitation films. For the first time since 1977, Waxwork Records has re-released the soundtrack on vinyl in the United States for appreciation by a new generation. 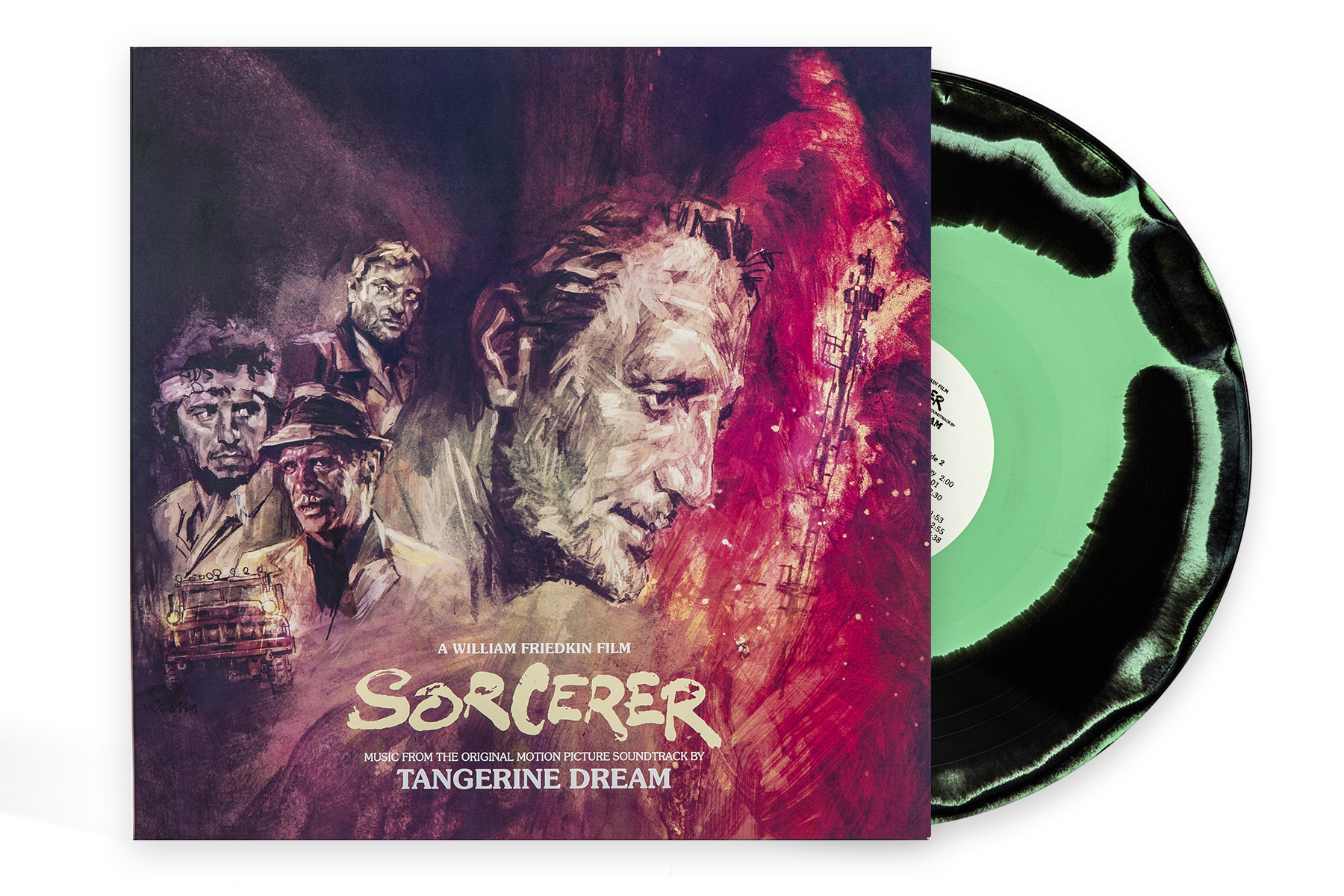 On Friday, Waxwork released the LP for sale, featuring sound remastered from the original master audio press on 180 gram “Rainforest Green and Black” swirled vinyl, deluxe packaging, art by Tony Stella, and liner notes by Friedkin himself. The album features all 12 original tracks.

Sorcerer itself is a fascinating cinematic artifact. The film followed two of the biggest hits of the 1970s, The French Connection and The Exorcist. Friedkin maxed out his commercial goodwill on a project that ran wildly overbudget and suffered from enormous difficulties during production. The budget ballooned from $15 to $22 million; first because of filming costs in the Dominican Republic – all evident on screen given the complexity and logistics of staging the transport of unstable dynamite across unsteady terrain. Later, and perhaps equally unsurprisingly, because of clashes between Friedkin and his crew. Although Sorcerer flopped upon its original release, Friedkin still considers the film to be one of his best. Esteem has grown over the past three decades for its ambition, and of course Tangerine Dream’s score. 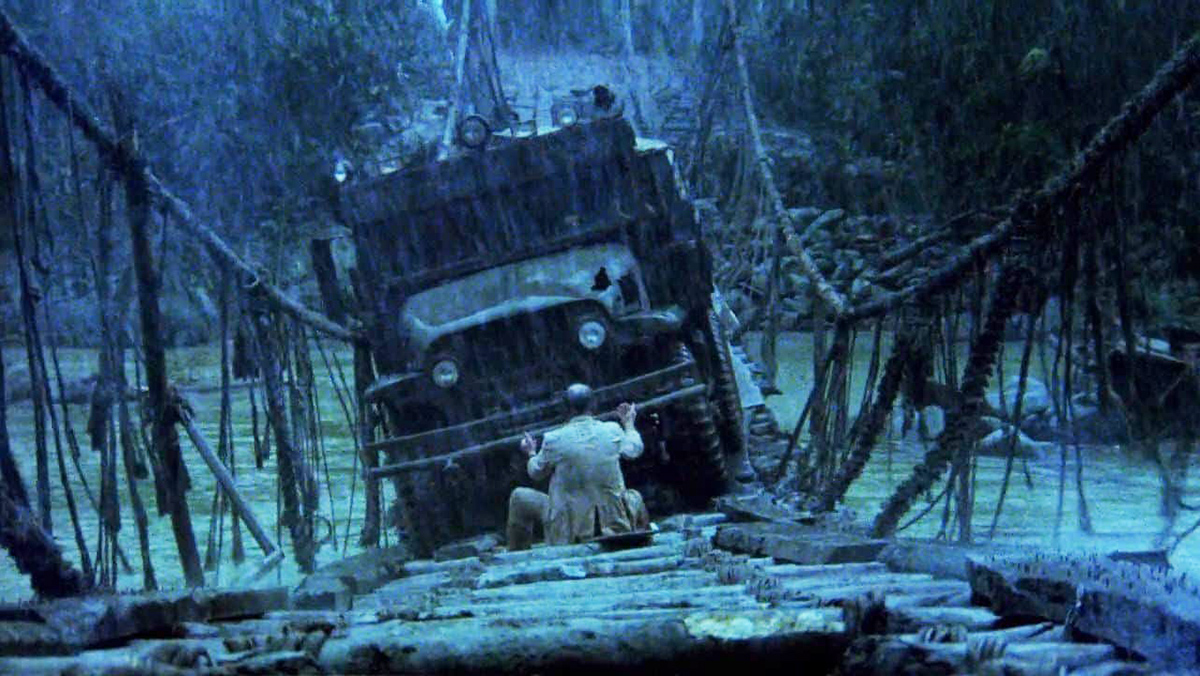 The German band subsequently embarked on a successful second career composing music for Michael Mann (Thief), Ridley Scott (Legend), Kathryn Bigelow (Near Dark) and dozens of other filmmakers. In the LP liner notes, Friedkin describes the process of enlisting Tangerine Dream frontman Edgar Froese to compose pieces for the film:

“I wanted to take only the premise of Clouzot’s film and invent entirely new sequences and characters for a wider audience. When we finished the script, I gave it to Edgar Froese and asked him to write and record the score before I even shot the film, based only on his impressions of the script and what I told him about it. I felt a synchronicity between his work and mine.

…The music was ex-actly what I felt would enhance the film, though the band hadn’t seen a frame of it, nor had I even finished production. Initially, the film was a commercial and critical failure, but its reputation has grown over the years. The music has always remained relevant and in-spirational.”

In the intervening decades, the work of John Carpenter and Giorgio Moroder has become synonymous with electronic scores of that era, inspiring new generations of musicians and composers alike, thanks in no small part to the iconic films they helped bring to life. Tangerine Dream’s discography always ran parallel to theirs, in a broad variety of films and genres. But their cinematic journey began on Sorcerer, and this re-release offers fans the opportunity to add a seminal entry in this expanding canon of electronic scores to their collection.

Check out a playlist of tracks from the score below, and visit Waxworks Records’ website for more details and purchasing information about Sorcerer and many other great film scores, released on vinyl.