Take Your Tabletop to Warp Speed with Star Trek: Ascendency

It looks like Star Trek loving gamers better block out some space in their calendars because Gale Force Nine Games has announced Star Trek: Ascendancy coming this summer. Players take control of one of three major galactic powers (the Federation, the Klingons, and the Romulan Star Empire). From there, it looks like the game is going to involve balancing everything from technological advancement to area control with all the space battles you can fit in the Alpha Quadrant. 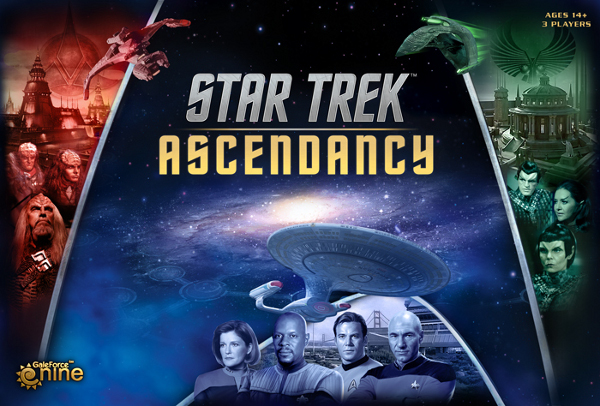 At first glance, there’s a few innovative things to look forward to. Factions build space lanes connecting to new planetary systems they discover. This actually means table size can affect game length. That’s right: if you want a longer game, it’s time to put the leaves back in the table. Systems that only have one connection are floating and not fixed, which allows them to be connected to other established systems to make short cuts or join sections of the galaxy together. In the end, you build your own galaxy but in a much more dynamic way then tile laying games such as Star Trek: Fleet Captains.

The game is also surprisingly modular, with each expansion essentially adding another player slot to the game. So when the Cardassian and Ferengi expansions drop later this year the total possible players jumps to five. The blog Man Battlestations reports there may be as many as nine more expansions in the works, which is going to make for some deep cut factions. Kazon and Breen? Probably. Still, by that math, with 3 factions plus 2 more later this year and 9 more after that… well, who’s up for an epic 14 player game? It’ll probably take a whole weekend but heck, I’ll play. 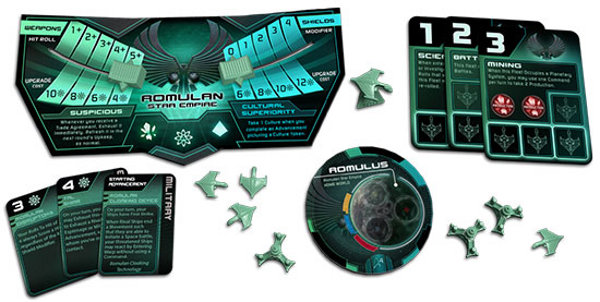 We’ve also learned a little about how planets are developed. Each planet has a number of available resources that can be exploited, represented by colored tabs around the planet. On your turn, you can spend some resources to build facilities on the planet that will then produce resources in the coming turns. These resources can also be used along with research tokens (gained from stellar phenomena) to upgrade ships and invest in technologies. It’s not entirely clear if all the factions have the same victory conditions or each has its own unique options, but managing planets and resources will clearly be a big part of the game.

Its too early to tell exactly how the game will play, but it’s certainly intriguing, and you can’t have too many Star Trek games.


Let us know what interests you about Star Trek: Ascendancy and what deep cut factions you hope are in the first nine expansions. What’s your favorite Star Trek game so far and do you think Ascendancy has a chance to boot it from the top spot? Open a hailing frequency and tell us in the comments.