Try to imagine, if you can, the far-off future of 2009. A time where, as soon as the sun sets, all those corporate suits come out of their high-rise offices and down into the glowing city streets. Your streets. They want your product, to party in your clubs, to feel alive even if it kills them. And if any reckless joovs get in your face, they’ll be the first to get deleted. In Neon Gods, the streets are yours for the taking. 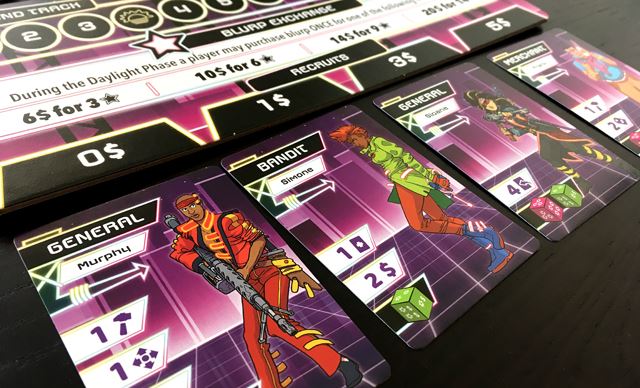 First things first, you’ll need a crew. You’ve got a few loyal thugs in your pocket but there are some heavy hitters out there turned free agents and you better snatch ‘em up before the other gangs do. Some can keep your friends on their feet, others are better at knocking them down, but they’ve all got their specialties. Next you’ll need to build out your territory. Factories are good for making that sweet product that everyone hates to love and loves to hate. You can spend the cash to make your own, but the real money is in taking someone else’s hard work and turning it around for a quick buck before leaving the place high and dry. 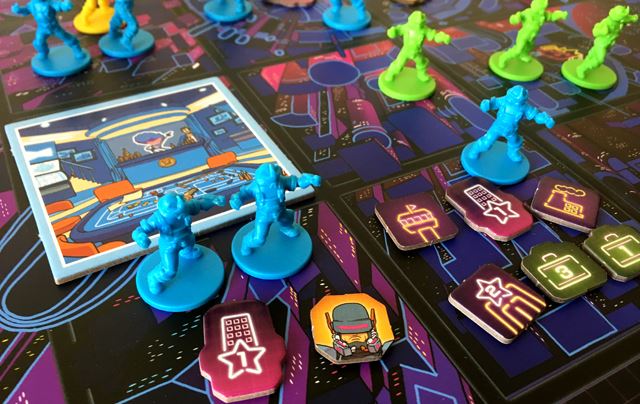 Those other gangs aren’t going to take that lying down, so you’ll have to be ready for a fight. The law is pretty tight around here, so you can’t pack too many strapped yoots into any one space or the Andy’s will get suspicious, but if you keep some reinforcements nearby you shouldn’t have anything to worry about. And if you can build a tower or two, all the better. Lastly, any space your gang controls is great, but those skyscrapers are where the real action is. Capitalize on them and you’ll be golden. Hold on to them all night and you’ll be neck deep in what we came to this city for – what everyone comes here for – Blurp.

As you might have guessed by now, Neon Gods takes you on a somewhat tongue-in-cheek ride through a brilliantly painted cyberpunk cityscape. The game marries deck building a gang of cool criminals with area control mechanics, wherein you only earn Blurp – the victory points of the game – for the locations that your gang members are currently sitting on. As soon as they get knocked off a space, whatever else that might have been there is up for grabs. 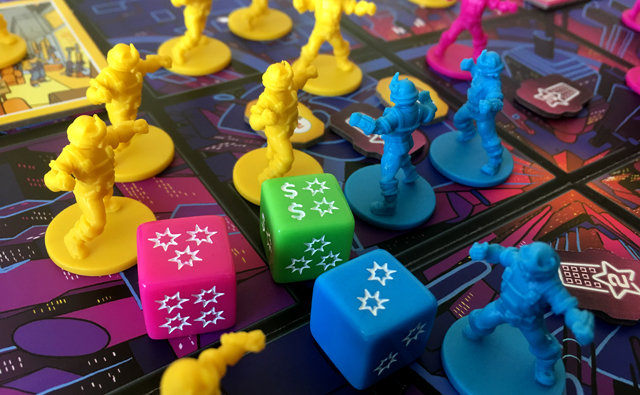 Fighting in the game is snappy, with each player committing gang members that bring different skills to the fight. After revealing their cards, each player rolls different colored dice that will do damage and/or steal money from the opponent, and the high number wins. Combat isn’t too brutal through, as your cards simply go into the discard pile and your gang members head back to your hideout. Because of this, you usually don’t feel too discouraged after losing a fight, so it’s easy to get yourself back in the game. 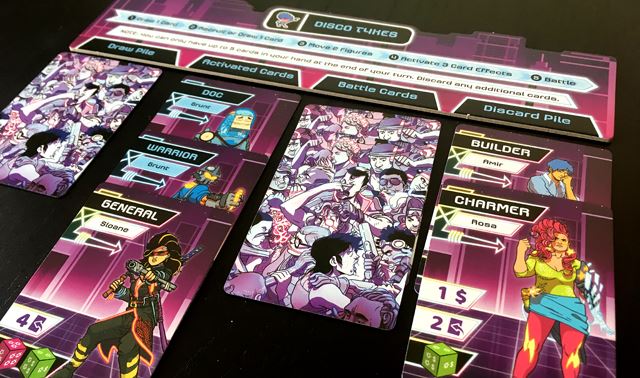 It’s also worth noting that Neon Gods has a bit of a lineage. Back in 2013 Plaid Hat Games released City of Remnants, another game of rival gang members fighting for control of city streets. I’ve always held that, though it wasn’t perfect, City of Remnants deserved a bit more attention than it got. Now, Neon Gods has come around and has greatly streamlined the gameplay from Remnants (with room clearly left for expansions), as well as wrapped it in a beautiful new theme. 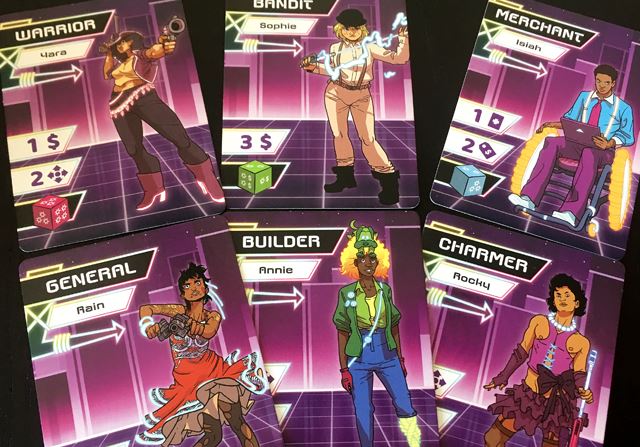 And let’s talk about the theme for a second. Specifically the design choices on these gang members. Plaid Hat Games have always done a great job including a diverse cast of characters, but they’ve really outdone themselves here. Besides the deck that each player starts with, every gang member you can recruit brings something unique to the table. It’s clear that great lengths were taken to be inclusive, and it pays off. Neon Gods has some of the best representation I’ve ever seen in a board game, and it should be safe to assume that everyone in the Geek and Sundry community can appreciate that.

It’s easy to get lost in the world of Neon Gods. From the theme, to the colors, to the inexplicable (but absolutely delightful) inclusion of owls as a gameplay mechanic, there’s a lot to be excited about. And with several different scenarios included in the box, each one requiring a different strategy, it’s going to keep you coming back to these retro-futuristic streets for more.

What are your favorite Psychedelic Neo-Retro Cyberpunk games? Let us know in the comments!

Sparkle*Kitty Nights Brings A Touch Of Naughty To This Nice ...