These Apps Take Board Games to the Next Level - Nerdist

These Apps Take Board Games to the Next Level

With all the tools on our smartphones, it shouldn’t be a surprise that there are dozens of helpful apps to assist board gamers. We’ve covered a few specific ones before. But there are a ton that begin to prove themselves absolutely essential after a few uses.  And most of them are free content created by fans of the games. 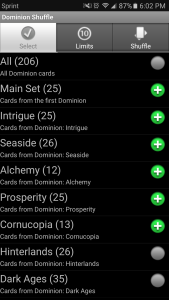 It’s not uncommon for games to give you a huge amount of material and then have you choose some random subset. It’s an easy way to ensure replayability. Deck builders, like Dominion and Puzzle Strike, are built almost entirely around this idea. And they have various methods for choosing random setups, but almost all are cumbersome. Why not use an app?

Just about every deckbuilder has an app that randomizes setup for you (for example, Jack of all Dominion). No tedious shuffling of special cards or having to sort through tokens. One click and boom. These are fantastic because you get to the game so much faster. No tedious preliminary round where the game gets randomized and setup by hand. Nope. One button is pressed and the cards are ready to be selected. It also has the advantage of avoiding the, “I dunno, what cards do you want to use” syndrome.

And it isn’t just deckbuilders. For example, there are a number of apps that will randomize factions for Smash Up. Hand everyone their random pairings or simply use it to select eight factions and then do the draft. With more and more factions becoming available, this is hugely needed. Even complex games, like Argent: the Consortium, have randomizer apps. That game has random buildings, random factions, random powers, and on and on. Having a randomizer take care of it all is a huge boon. 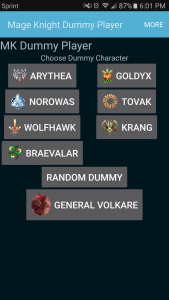 Some games have automated procedures. They can be a little annoying – especially for new players who might not know all the variations. One Night Ultimate Werewolf springs to mind since it has a lengthy “night phase” during which the roles must be called in a specific order. But there are apps that can dramatically help with the gameplay.

One Night Ultimate Werewolf has an official app. But there’s also the Mage Knight dummy – an app that handles the dummy player for you. No need to go about building a whole dummy deck and shuffling it each round. The app takes care of it and saves your table space. Similarly, a lot of games with audio based tracks have great apps. The best is the Space Alert mission generator. It can generate entirely random missions or run any of the tracks on the original CDs that came with the game. And, since it’s on your phone, there’s no need to carry around a CD player.

Timers and Scorers also fit into this category. The Ultimate Werewolf timer is great to make sure the days keep moving. Werewolf is hugely fun, but if it bogs down, it can be miserable. And scorers allow you to save your paper and pens. Specific ones exist for a variety of games (I like the 7 Wonders version, myself), or you can grab a generic scorer. 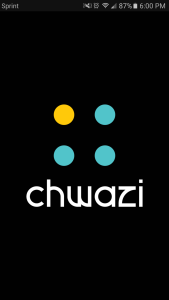 But the app that I’ve found to be absolutely essential is a good start player app. Something easy, quick, and random without getting overly cute. Something that avoids silly start player rules like, “The last person to go on a world tour.” Really? And, my friends, that app is called Chwazi. All you do is put your phone on the table and each person touches it with one finger. The game then randomly selects one person. That’s it. That’s your start player. Easy as pie and the game begins. Quicker than a die roll and more fun. Chwazi can also randomly assign the players to two or more teams. That’s great for titles like Codenames where a random assignment might be preferable.

If you need something a little fancier – maybe you want to establish initial turn order – then you can also use Who Starts Playing? This little number will assign turn order with the click of a button. So there’s no need to come up with fancy systems or a “roll off” among tied dice.

Apps bring more utility in many endeavors. There’s no reason you shouldn’t use them for board games, too.

Tell us about your favorite board game apps in the comments. Maybe we’ll include them with our next article.