The ocean is terrifying. But under the right circumstances timid sea-goers [raises hand] can appreciate even the most intimidating underwater denizens. And there’s no more “right” circumstance than going for a swim with the world’s largest fish from the comfort of you own home. That’s what anyone can do thanks to a stunning new video from BBC Earth. It lets viewers go for a dip with massive whale sharks in a fully immersive, 360-degree virtual reality experience.

Don’t worry. They might be large, but they’re also friendly.

BBC Earth has shared a gorgeous new VR YouTube video as part of their nature series Seven Worlds, One Planet. It whisks viewers to Indonesia to join local fisherman on a gorgeous day. They’ve worked from the same platform for decades, and it’s the same spot where whale sharks approach them. The fish, which are neither whales nor sharks, have learned over the years that the deck is a great source of food. (No, not the fisherman.) Whale sharks are “filter feeders” who eat many tiny fish.

With this 360-degree video you can watch them eat before virtually jumping into the water with a scuba diver to get next to them. Despite their size, these “gentle giants” are friendly. Still, we’re okay with getting comfortable with them digitally. Especially since these are just juveniles who can grow to twice this size. 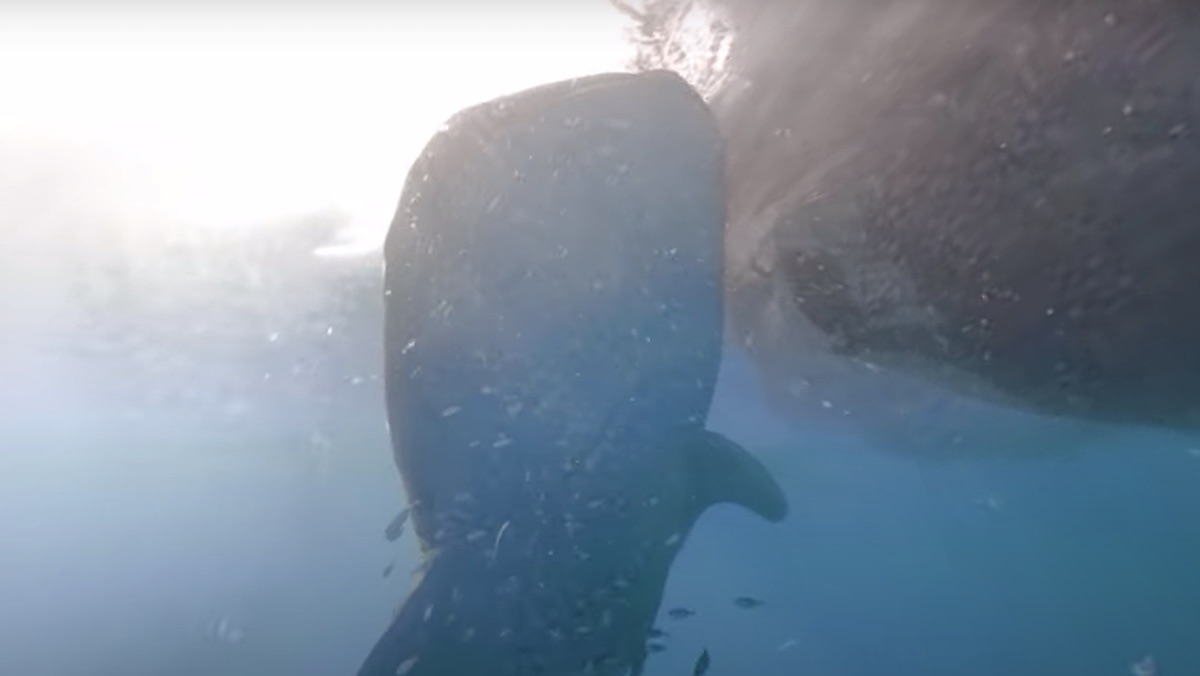 This video is more than an immersive experience. It highlights the “special relationship” that has developed between these sea creatures and these local fisherman. According to the video, these massive fish “were once hunted and killed, but here their numbers are on the rise” thanks to this marine protected area where they can’t be harmed. This bay is a real sanctuary.

Forget terrifying. This video is an example of the ocean being downright beautiful. And we can safely say that since we didn’t have to get wet to appreciate it.