Recently we told you how scientists have created the first ever part-human/part-monkey embryos. We’re not saying that story is the best bit of viral marketing we’ve ever seen. But we hope it was. Because Netflix just shared the first trailer for its new series, Sweet Tooth. And it looks like a weird, intense, heartfelt post-apocalyptic story about a young human/animal hybrid. One that feels like a much more hopeful version of our own possible future.

“Ten years ago ‘The Great Crumble’ wreaked havoc on the world and led to the mysterious emergence of hybrids — babies born part human, part animal. Unsure if hybrids are the cause or result of the virus, many humans fear and hunt them. After a decade of living safely in his secluded forest home, a sheltered hybrid deer-boy named Gus (Christian Convery) unexpectedly befriends a wandering loner named Jepperd (Nonso Anozie). Together they set out on an extraordinary adventure across what’s left of America in search of answers—about Gus’ origins, Jepperd’s past, and the true meaning of home. But their story is full of unexpected allies and enemies, and Gus quickly learns the lush, dangerous world outside the forest is more complex than he ever could have imagined.”

There’s a lot going on in both that official description and in this trailer. This first teaser also makes it hard to know exactly what kind of tone to expect from the series. It has Will Forte talking to a deer child. But this trailer is serious and heavy.

Comic book readers should have a better idea of what’s coming. The show, produced by Robert Downey Jr., is based on Jeff Lemire’s DC comic series. It ran for 40 issues from 2009 to 2013, with a special short story release in 2015. 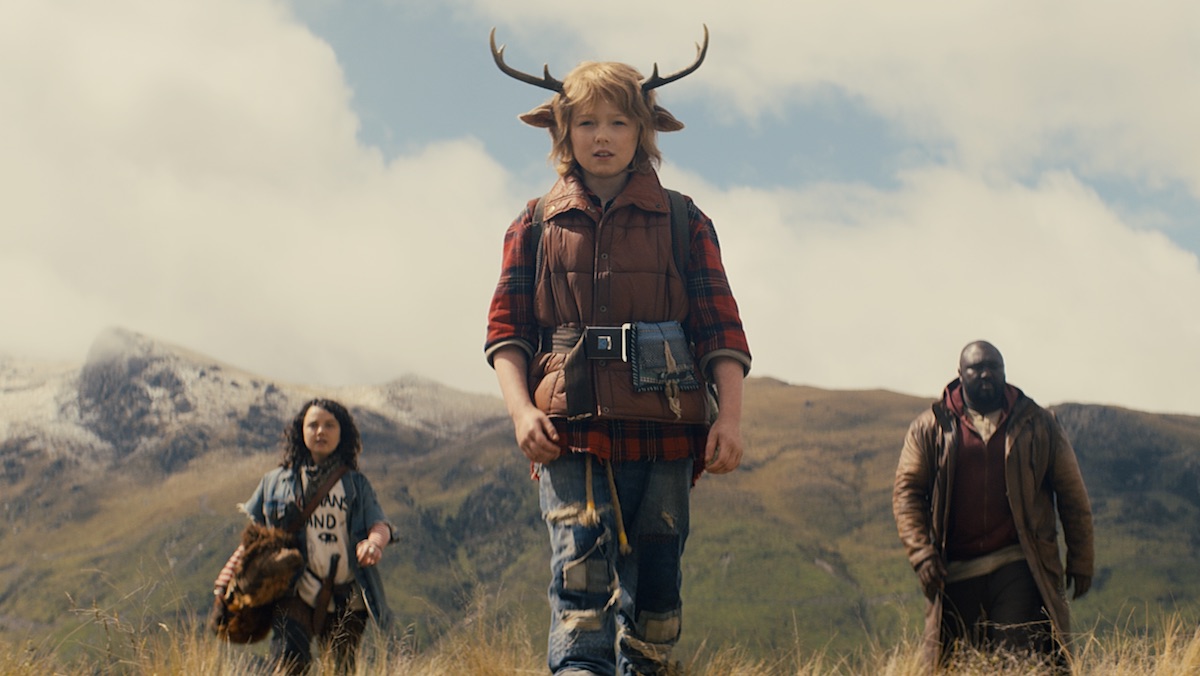 Executive producer, writer, director, and co-showrunner Jim Mickle offered more insight in a statement. “We wanted to make a show that offers escape and adventure, where nature is reclaiming the world and in many ways it feels like a fairytale. Sweet Tooth is a new kind of dystopian story, it’s very lush and hopeful. We want people to come into this world where there’s beauty and hope and adventure. This is a sweeping story—we ride on trains, climb mountaintops, run through forests. This is a show about what makes a family, what home really means, and why it’s important to keep faith in humanity.”

We like that description. Especially after learning about those human/monkey embryos that freaked us out. Hopefully they are nothing more than some excellent viral marketing by Netflix.

So long as there’s not an atcual apocalypse before then, we’ll be checking out Sweet Tooth when it’s eight-episode first season premieres on June 4.