This article contains major spoilers for the most recent episode of Supernatural.

If you’ve been in any fandom space in the last week, you’ve seen the news that sent Tumblr on the kind of meme-generating frenzy that usually only comes with Philadelphia flipping a presidential election: after about ten seasons of slow-burn, Destiel (the ship name for Dean Winchester and Castiel) is finally canon on Supernatural.

At the climax of Tuesday’s episode, the Supernatural team was trapped in their bunker with Death ready to break down the door. In a last Hail Mary, Castiel sacrificed himself to save Dean: calling back to a deal he made with the Empty (a void that existed before God that has a decidedly Venom-like vibe) that he would be taken down to what fans now call “Super Hell”, but not until he’s truly happy. And his happiness, apparently, came in the form of telling Dean, in no uncertain terms, “I love you.” 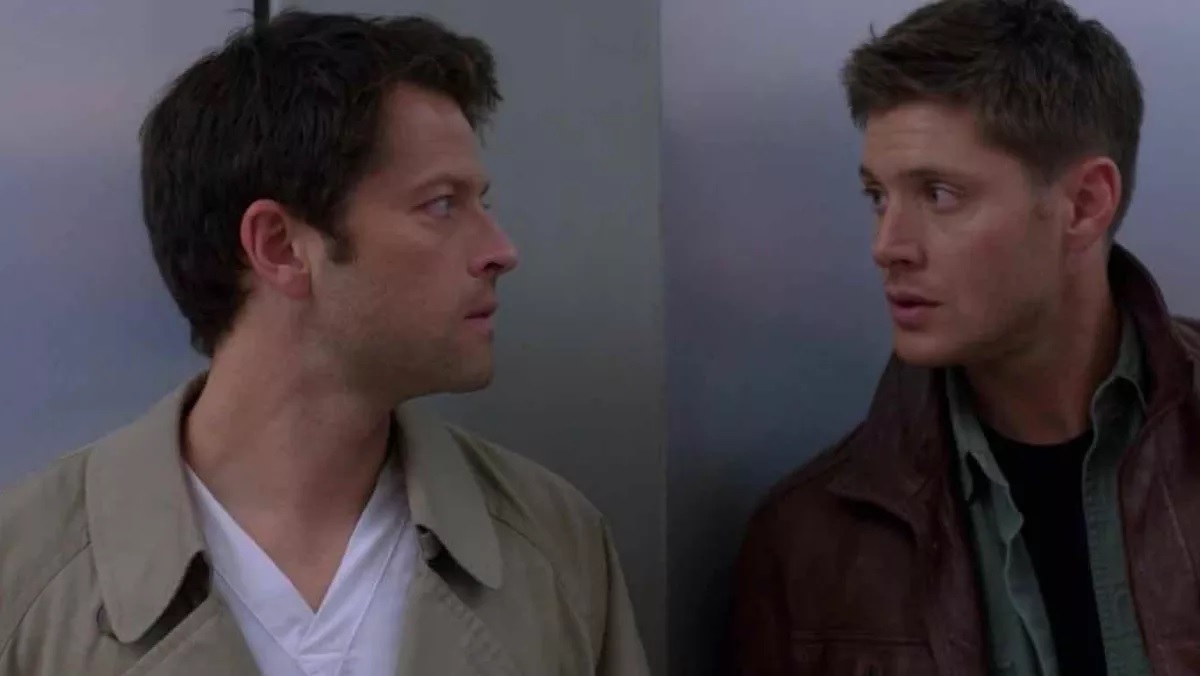 Fandom, unsurprisingly when suddenly confronted with the canonization of a ship that’s held the top spot on fanwork site Archive of Our Own since 2015, went haywire. Supernatural has the sort of fandom presence that everyone is aware of, whether you’re a die-hard fan, never watched the show, or dropped it in pure exhaustion after six seasons of white dudes making the same six mistakes on repeat. Twitter was in top form, and Tumblr returned to the kind of chaos the site hasn’t seen since its heyday in 2012. Other than the complete and utter confusion, it was the sort of day that makes the internet almost seem worth it.

With a fanbase as accurate and long-running as Supernatural‘s, it took less than twenty-four hours for the commentary to take a sharper, more critical edge. Castiel’s death only seconds after his confession of love brought a flood of bury your gays critiques, from the well-researched to the vicious. This isn’t the first time Supernatural has gotten this criticism; they’ve been hit hard before by killing off popular character and member of the Dead Lesbian Club Charlie Bradbury not just once, but twice. 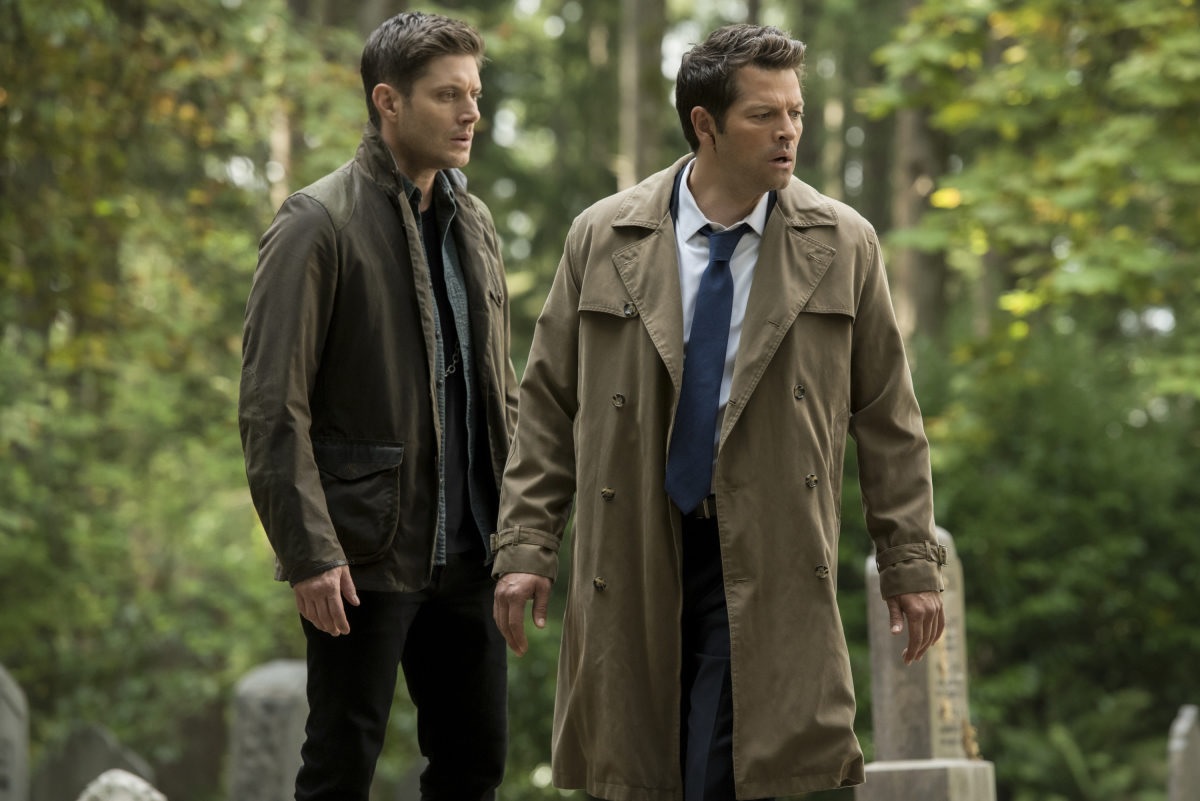 Supernatural has had a challenge with its queer fans for years. Accusations of queerbaiting have followed the show for so long that it has its own page on the Supernatural fan wiki, with articles going back to 2013. Jensen Ackles, who plays Dean Winchester, has been accused of homophobia since allegedly banning fan questions about Destiel at a convention Q&A and signing “no” on a fan’s essay about Dean’s potential bisexuality. In response to Tuesday’s episode, some fans joked that the filming was so uncomfortable that Ackles may have even been in another room to avoid having to be too close to a queer love confession.

Fans and fan reporters alike have been covering the queerbaiting pattern for years, with a number of articles pointing out that if Castiel had been a female character, the relationship would have been canon immediately: “If Castiel had been played by a woman, we wouldn’t be having this conversation,” Emily Dailey Mitchell wrote for The Study Break in 2019. “Dean and Cas would have slept together in Season 4 and in fact Sam and Cas would have hooked up after all the times Dean pushed Cas away, as well leaving them in a strange dramatic love triangle. Instead, Castiel’s male vessel will most likely scare the creators too much to actually bring to light the full story they’ve been writing, whether they meant to or not.” 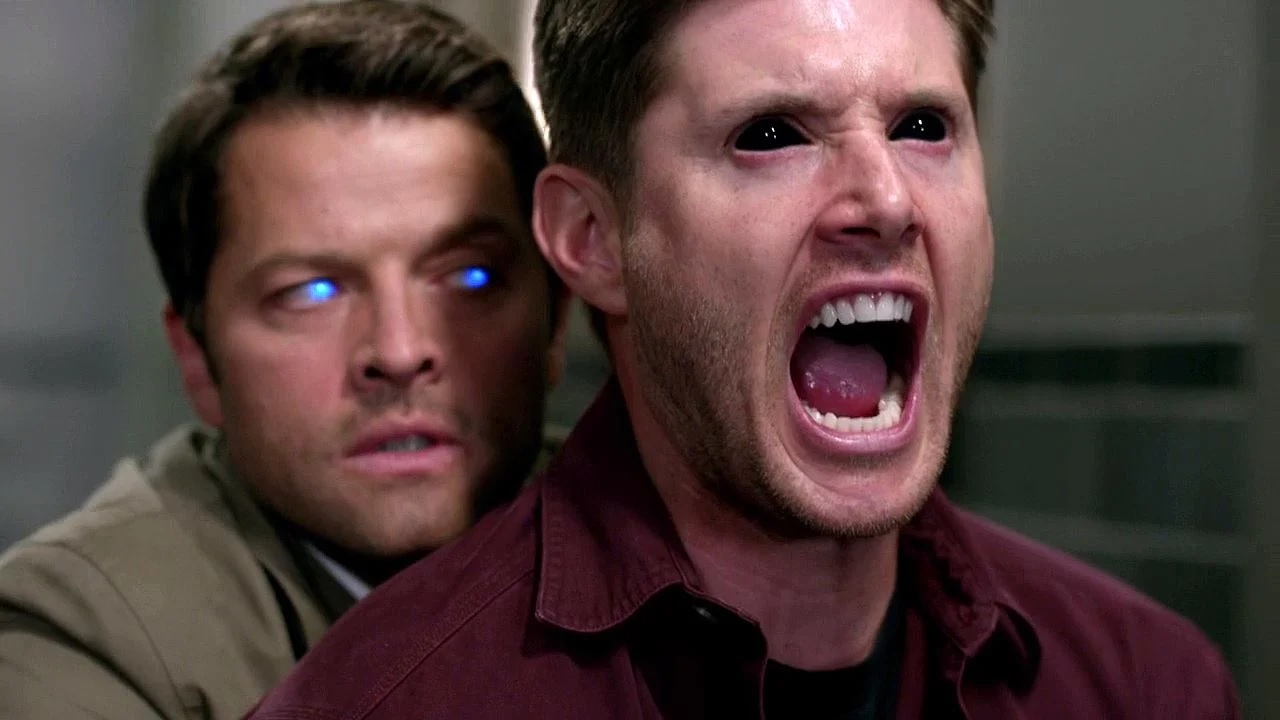 It’s a harsh claim, but not necessarily an inaccurate one, given the show’s frequent one night stands and on-again-off-again relationships, as well as its treatment of its female characters (which has also received its share of criticism). And with only two episodes left in the series, it’s unlikely that even a show with Supernatural‘s tendency to bring characters back from the dead will feature a Castiel revival and a Destiel reunion, with actor Misha Collins telling Entertainment Tonight that he was “happy” with the ending Castiel received. While Collins claimed that Castiel’s death “feels like it makes his arc on the show meaningful, not just in terms of the mythology of the show, but in terms of a message for the greater world and our particular moment in history,” many fans disagreed.

“The fact that Castiel goes to Hell the moment he admits his true feelings, sends another toxic message—that being LGBTQ is a crime so severe that one deserves nothing but hell,” Apeksha Bagchi wrote at TV Web. “While the underlying meaning was supposed to be one sacrificing himself for the person he loves…it just ends up insulting a moment fans have been waiting for for the last 12 years.”

Still, some fans are holding out hope, or at least brainstorming ways that Castiel conceivably could be brought back (and with five revivals to his name already, what’s one more?). It’s not clear yet what the last two episodes will hold, or how Castiel’s confession will impact Dean’s final actions. But if nothing else, the canonization of Destiel, however brief, gave fans one real gift: a return to the simpler, happier, more ridiculous days of fandom excellence. For once, 2020 delivered a treat.