This Supercut Shows Movie Moments That Terrified Us as Kids - Nerdist

This Supercut Shows Movie Moments That Terrified Us as Kids

We all have movie moments from our childhood that still terrify us and always will. And we both love and hate them. There’s just something special about early scares that stay with you. It’s a different experience than being frightened as an adult. But you didn’t have to be a young horror aficionado to encounter those scenes. They sometimes appeared in unexpected places, like an otherwise fun comedy or exciting action film. That’s part of what made them so horrible. We weren’t prepared! Hopefully you are now though, because this great video features some of the scariest moments from the big screen that messed us up as kids.

The YouTube channel BranitFX and Lucamax Pictures has put together a fantastic montage (which we first came across at Digg) of nightmarish movie moments that left us emotionally scarred as children. Set to Queen’s “Don’t Stop Me Now,” it runs through some of the most terrifying scenes, characters, deaths, and reveals from such classics like Who Framed Roger Rabbit?, The NeverEnding Story, Pee-wee’s Big Adventure, Willy Wonka and the Chocolate Factory, Coraline, and so many, many more.

Also making the cut are all three original Indiana Jones films. Raiders of the Lost Ark, Temple of Doom, and The Last Crusade all feature horrifying moments of mutilation and death. For a series designed to be a throwback to the old action-adventure serials kids loved, those movies sure did their best to traumatize young viewers. No wonder they’re such classics. 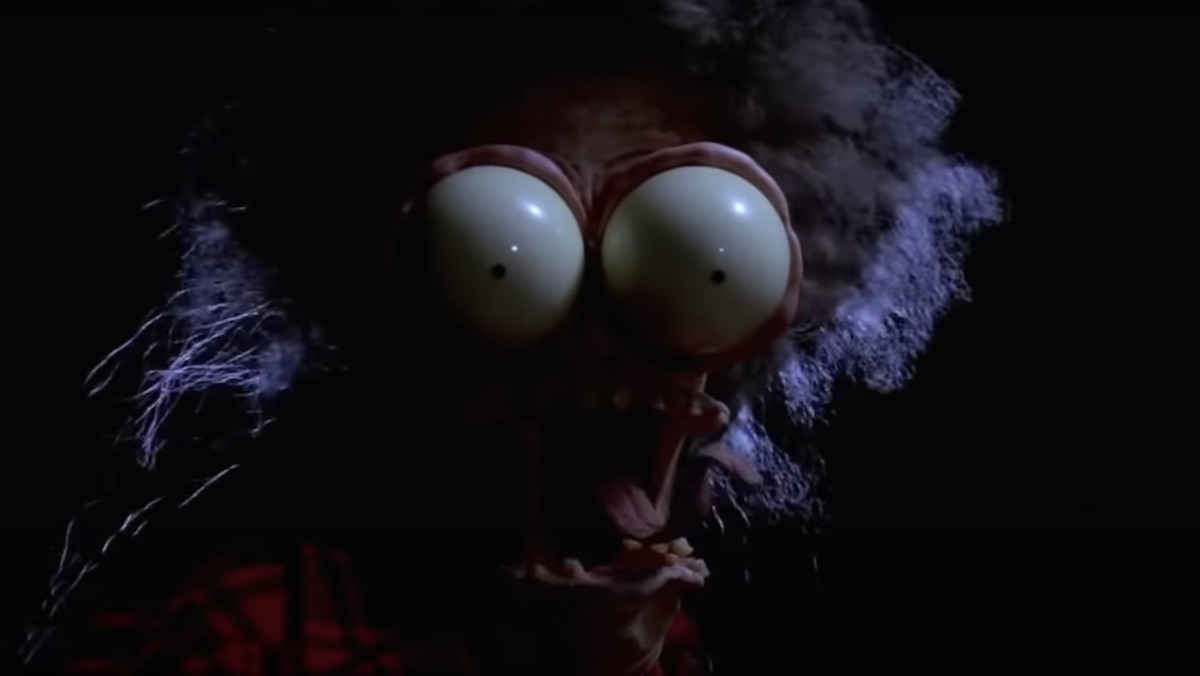 Movies that weren’t afraid of scaring children were movies that treated their young viewers with respect. They knew kids could handle a lot, and so they gave them a lot. And for us, much as those scenes traumatized us, we also loved them.

Well, maybe not Large Marge. She still haunts us and always will.