Smelling like a street fighter may not, offhand, sound like something to aspire to, unless the odors of sweat and dirty bandages are something you have a weird affinity for. But smelling like Street Fighter, the video game franchise? The day this scent graces your body may prove to be the most significant day of your life. Or just Tuesday. Point is, there’s now a Street Fighter perfume, which means the coolest perfume commercial ever has been made to accompany it:

Showing favoritism to those pesky fireball shooters Ken and Ryu, the scents developed for boxing company Everlast are themed after the signature Sheng Long moves hadouken and shoryuken and intended to conjure images of a specific pair of fights. Hadouken has the “strength of citrus and spices united in a powerful and refreshing blow that will electrify this fragrance. Marine chords increase electric charges triggering even more excitement for the final battle.” It’s meant to conjure images of a battle between Ryu and Sagat, with Chun-Li challenging the winner.Shoryuken, meanwhile, inspired by a Ken vs. Balrog battle where Cammy fights the winner, has a “powerful wave of heat caused by notes of woods and spices warms this scent. Burning and spicy herbal nuances instigate competition and fire the final battle.” (Sounds more appropriate for Dhalsim’s Yoga Flame to us, but that Ken is a glory-hog.) 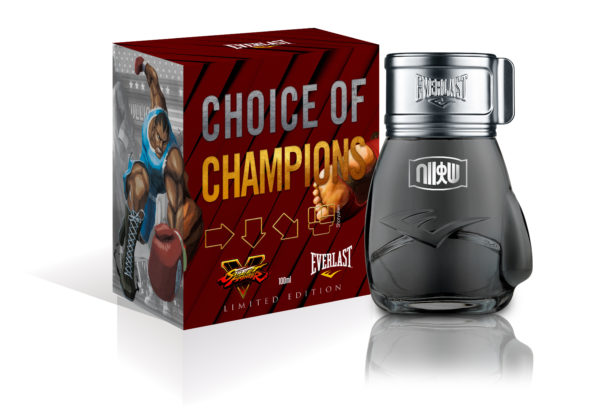 Pre-sales begin Monday, October 15, on the perfume’s official website. You might say here comes a new challenger for your scenting needs. But do you have the guile to order some before the limited quantity runs out? Let us know how you fare in comments.