Pop culture is littered with weird girls, though they’ve never become totally mainstream. They exist in the margins, the cult films and indies and prematurely canceled TV shows, where they become a status symbol; a call to action for other girls who look at the screen and see themselves in their strange hairdos or clothes or outsider status. There are the TV weird girls, like My So-Called Life‘s Angela Chase and Freaks and Geeks‘ Lindsay Weir, or the cinematic ones, many of them played by Winona Ryder: Rina in Lucas, Dinky Bossetti in Welcome Home, Roxy Carmicahel, Lydia Deetz in Beetlejuice.

Now, one of Ryder’s Stranger Things co-stars is picking up the mantle. Maya Hawke’s Robin is introduced to us in Stranger Things 3 as Steve Harrington’s co-worker at Scoops Ahoy, the ice cream shop nestled in the walls of the Starcourt Mall. She has all the markers of a true weird girl: shaggy hair, kohl-lined eyes, a brassy attitude, and contempt for the popular. She’s also a band and theater kid who speaks three languages–four if you count pig latin–and hurls insults like “dingus” with a near poeticism. 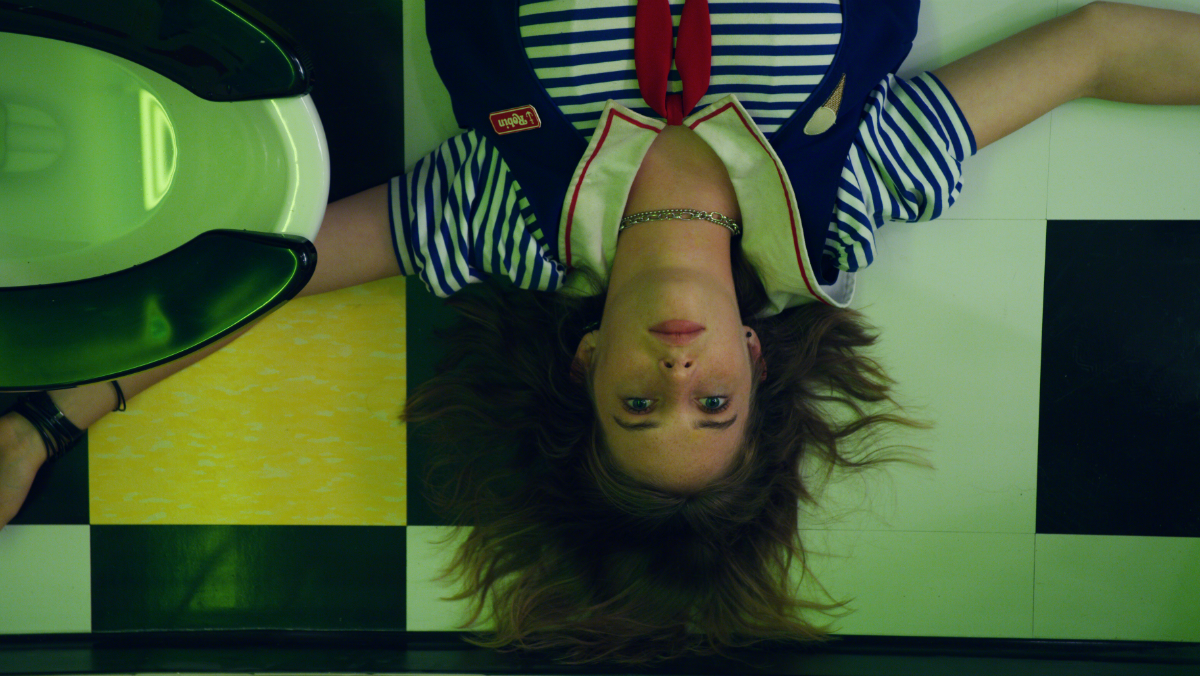 Robin’s addition to the cast of Stranger Things is one of the highlights of the third season, not only for Maya Hawke’s excellent performance–which is witty, soulful, and beautifully honest; she has a comfort with the camera that makes her an instant star–but for how necessary she feels to the story, on a plot and emotional level. She not only uses her smarts to crack the first bit of the Russian code, an act that eventually uncovers the entire plot of the season, but she also deepens Steve’s capacity for understanding. His own journey has been a highlight of the series, and her role as his new best friend is about as joyful as the show has ever been. Their camaraderie and chemistry is especially showy when the Russians drug them, sending them on a loopy wild goose chase through the Starcourt Mall. It ends with the two in the bathroom, and a heartfelt confession from both parties: Steve, convinced he’s finally found the girl of his dreams, tells Robin in third person how he feels about her. But Robin redirects his advances, letting him know in a coded reveal that she’s actually a lesbian.

It’s a moment that could have felt pandering or tacked on in lesser hands, but Hawke and her scene partner Joe Keery handle it beautifully. They realize, in that moment, that they aren’t so different; they both like girls, they both feel directionless, and they’re both stuck in the middle of a conspiracy that could either kill them or change their lives irrevocably. Luckily, it’s the latter, and the season ends with the two looking for another place of work that will employ them side-by-side. They make a hell of a team, after all.

That final scene reveals another side of Robin. Out of her Scoops Ahoy uniform, we get a look at her real personality. Turns out, she’s a bit of a riot grrl, in her black army boots, messy ponytail, belted jeans. She’s also a film junkie. As the two apply for jobs at the local Family Video, she reveals that her three favorite movies are The Apartment, Hidden Fortress, and Children of Paradise. She gets the job immediately, then sweet talks Steve into the role as well, saying he’ll bring the ladies–which is both true and cutely advantageous for the both of them. 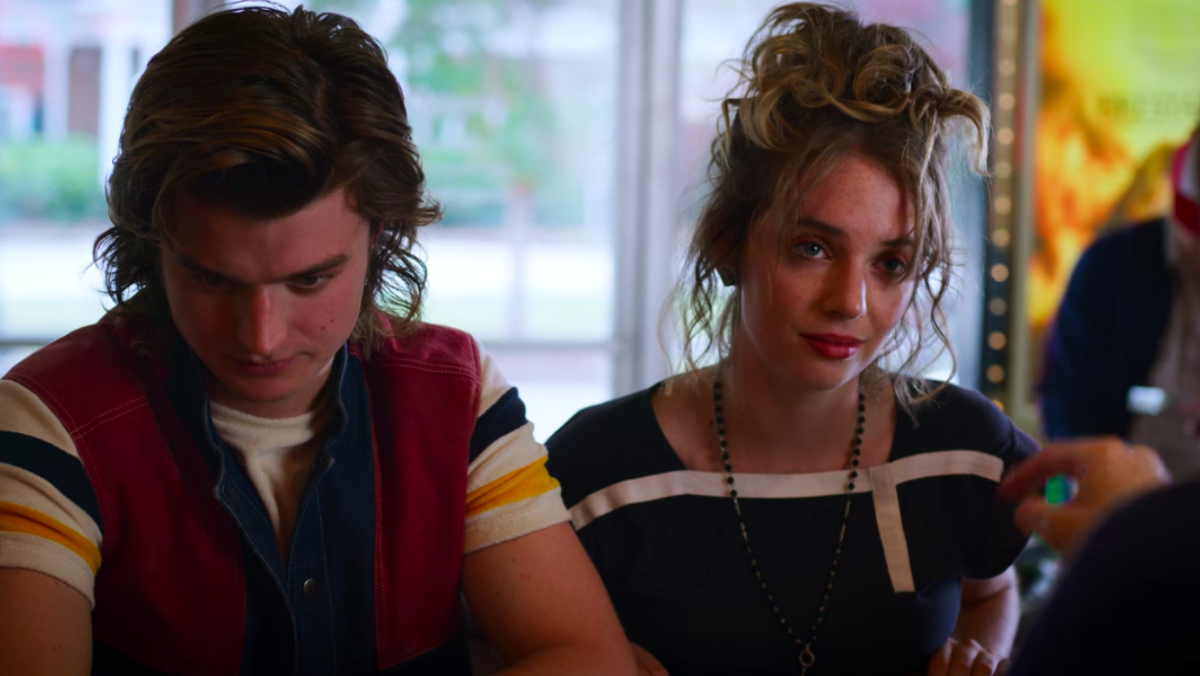 It’s always a win for weird girls when one of us gets a spotlight, especially on a wildly popular show like Stranger Things. Robin is who many of us were in the interim between high school and college: former band nerds, in love with pop culture, our smarts misplaced, just looking for the right spot to land. It’ll be a joy to see how she continues to develop in Stranger Things 4. In the hands of Maya Hawke–who clearly understands what it means to play a character like this–we have to imagine it’ll be a ride worth taking.