Steve Buscemi in GHOST WORLD Was an Unlikely Teen Idol

The big, baleful, hound dog eyes. The crooked teeth, the wiry frame, the reedy, plaintive voice. These physical attributes might make up a compelling character actor but not your typical Tiger Beat teen heartthrob. And yet there I was, sixteen years old, printing out black and white photos of Steve Buscemi and stapling them to the pages of my diary because I had just watched Ghost World and had become every bit as enamored with Steve Buscemi’s weary Seymour as Enid Coleslaw.

Perhaps it’s partly because I already identified with Enid so strongly. As a loser misfit struggling to define my identity in a small town that was becoming increasingly overwhelmed with large commercial chains, I didn’t know how to relate to my fellow teenaged girls who pined after NSYNC and loved Dawson’s Creek. So watching Enid be repulsed by her peers and shifting through various aesthetics—her little old lady phase, her “1977 original punk rock look”—and knowing so strongly what and who she didn’t like, but not feeling able to settle in her own skin, I felt like I was finally watching a depiction of teenage angst that felt authentic to my own lived experience. Her desire to shock, to fight against perceived invisibility. And now upon reflection in my mid-thirties, her selfishness and casual cruelty, all ring true as essential hallmarks of that fraught liminal space between adolescence and adulthood. 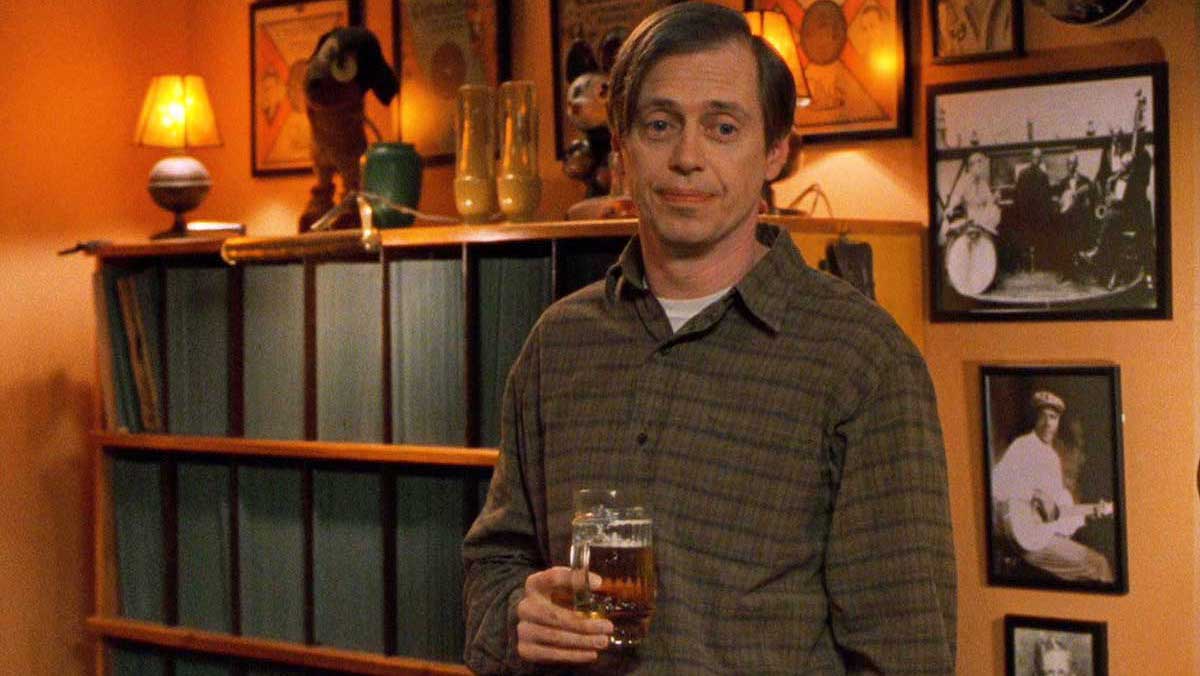 Coming upon someone who also doesn’t fit in, who feels possibly even more alienated from the world than you do, but who can’t help but be themselves—and a man on top of that?! Enid’s obsession felt like a no-brainer to me. I too, harbored secret crushes on my soft, nerdy classmates. And what is Seymour if not the ultimate soft boy all grown up? Even when he has road rage or tries to destroy the Sidewinder, he is still so completely non-threatening that it feels like watching a puppy try to tear up a chew toy. Surrounded by bros, leering perverts, and “extroverted, obnoxious, pseudo-bohemian losers,” Ghost World’s most isolated bachelor stands out because of his gentleness and likability. Buscemi embodies every facet of him. He captures his wry self-deprecation, his frustration, his rage, his self-loathing, and his longing. All suffused with Buscemi’s inherent charisma.

And even though it would ruin the ending and Enid’s trip on the Bus of Magical Realism, part of me still wishes that she had stayed with Seymour, or at least taken him with her.

Ghost World was the film that sparked the flames of my crush, but it was not my first exposure to Buscemi. As a self-identified counter-culture teen—or, at least, what passed for it—in the early ’00s, I was well into my Tarantino phase and had committed monologues from both Pulp Fiction and Reservoir Dogs to memory. So I was very familiar with Mr. Pink. Mr Pink, however, with his stingy, abhorrent (especially by today’s standards) views on tipping and his weaselly tendency to hide and survive, was not particularly crush-worthy. A fantastic performance, yes. Sexy? Not so much. The same with his turn as Carl Showalter in Fargo. While I (unironically) thought he pulled off the mustache and turtleneck combo quite well—a difficult feat!—bumbling kidnappers are just not hot.

And yet once that match was struck, I found myself returning over and over again not just to Ghost World, but most of his body of work and finding new facets of his performances to enjoy. (The exception perhaps being his appearances in Adam Sandler films, as from The Wedding Singer, they just aren’t my thing!) Even his meek, mostly silent performance as Donny, Walter’s punching bag in The Big Lebowski, is iconic.

To this day I still get excited discovering new (to me) Buscemi performances. I filled my days in the first chunk of the pandemic watching The Sopranos for the very first time and yes, one of my reasons was because I very much wanted to see Buscemi as cousin Tony B. I even put aside my irrational distrust of Pete Davidson to watch Buscemi return to his fireman roots in The King of Staten Island. 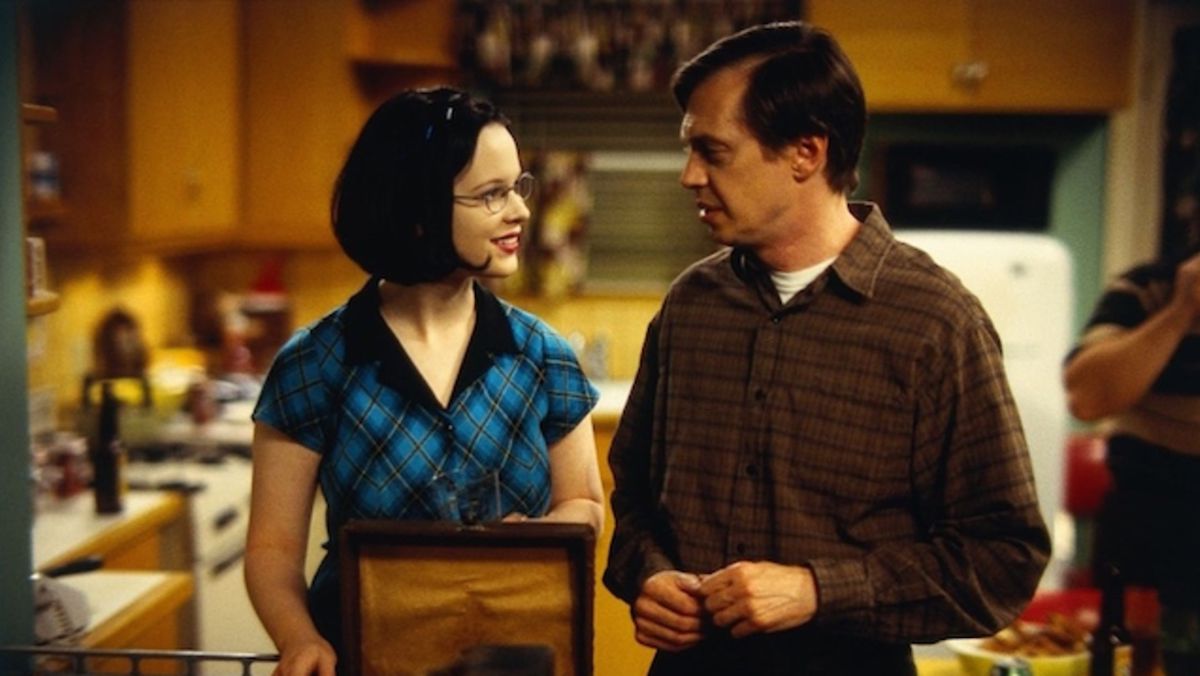 And while Buscemi is perhaps most well known for playing lowlifes, criminals, and gangsters on screen, off-screen, by all accounts, he is a true mensch. Which might be the most crush-worthy thing of all. He’s a devoted husband and father—who recently lost wife, Jo Andres, to cancer in 2019. Early in his career, he was a fireman in New York City. After 9/11, he rushed back to and spent days volunteering to find missing people in the rubble. Even though he is possibly the most famous character actor of the past thirty years, in interviews he comes across as exceedingly modest and humble. He even handled the “Steve Buscemeyes” memes of the 2010s with grace and a sense of humor. Bad guy on-screen, good guy off-screen? Yes, ladies we really can have our cake and eat it too. Even if it did go through a wood chipper that one time.

And of all my possibly problematic older man teen crushes (please don’t ask me how many times my dumb teenage self watched American Beauty), my love of Steve Buscemi causes me the least amount of shame.