Steel Your Nerves, Warhammer 40K Players, Because Kill Team is Back - Nerdist

Steel Your Nerves, Warhammer 40K Players, Because Kill Team is Back

Kill Team is nothing new, we’ve seen it before. Just as its name is a succinct distillation of the essence of 40k, it historically functioned as a stripped down ruleset based on its larger progenitor. The idea is each player fielding a single squad of Space Marines or Eldar or Sisters of Battle in a skirmish match. It held appeal to those of us itching for some 41st-millennium action but not wanting to commit to an entire army. So Kill Team is familiar and old hat at this point. Yeah, but no; this isn’t your grandad’s skirmish game.

This design has been reimagined from the ground up. Its bones are oddly shaped, bearing a familiar yet alien frame. You can find vestiges of Warhammer 40,000 8th edition, as well as tethers to Necromunda and Shadow War: Armageddon. It acts as a full-blown replacement for the latter, bringing the covert small team warfare into the slick modern age. The result is absolutely stellar. 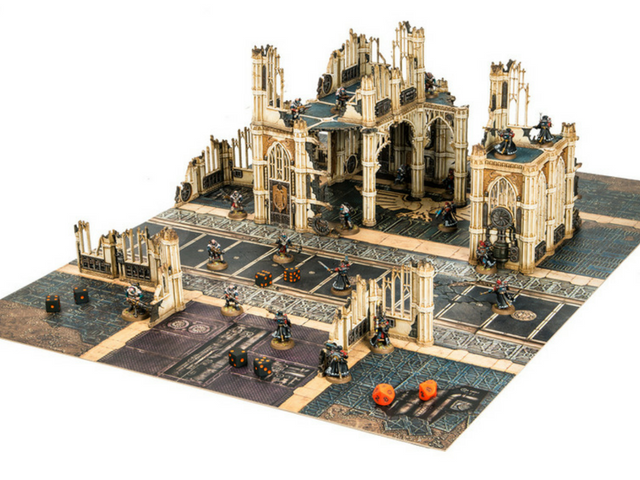 The first thing you’ll notice about the Kill Team starter box is that the bulk of the product is not the actual miniatures making up the namesake. We do get full Genestealer Cult and Adeptus Mechanicus squads, but the bulk of your cash is going towards the excellent sprues of large multi-storied ruins. They bear some similarities to the ubiquitous Pegasus gothic ruin set, but this plastic scenery is much more detailed and versatile.

In an interesting twist, play occurs on a roughly two-foot square board with the aforementioned terrain scattered about. The cardboard surface is sturdy and surprisingly beautiful to the point I wish I could get a larger version for some Necromunda action. You play through a number of narrative or competitive scenarios in this small yet airy battlefield that works wondrously. The ability for this game to compact the 40k experience into this half-square block is remarkable and a huge asset to this design. It makes for a quick setup and a fully realized experience straight out of the box. Contrast this with Shadow War where the Sector Mechanicus terrain was excellent, but not close to being adequate in quantity for play. 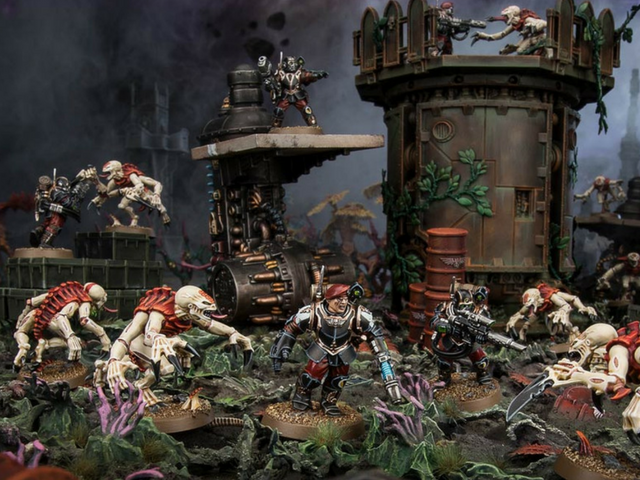 The system itself is mostly what we’ve seen before – alternating movement phases, rolling to hit against your ballistic skill, rolling dice to boost charge range –  with one huge difference: the shooting phase bucks normative Games Workshop philosophy and switches out to alternating activation. This is wild because it occurs in the middle of the round, forming a hybrid system between IGOUGO (I go, you go) and rotating actions. As a concept it sounds wonky, in practice, it’s fantastic and pulls in the best of both systems.

This combination forces a strategic layer of movement where you must commit to an overarching strategy in terms of mobility, yet pulls back and zooms in for some tactical action once the firing starts. It feels cinematic yet cerebral and packs it all into this 45 minute game of back and forth carnage.

In between battles you will spend time levelling up your fireteam and preparing for the next match. In a slick twist, the game has you improving your rank and file troopers as one group while tracking individual improvements on your specialists and leaders. This is smooth as hell because it combines granularity alongside the macro-view for your faceless groupies. Again, the benefit is speed and less upkeep.

Underhivers will notice that the between-game action during your campaign is less detailed and restrained. There’s less color and you don’t spend many-a-hour shopping or rolling on extensive charts. This feeds into the velocity behind the design and opens up space for a competitive framework. It’s expected for the game to push towards that competitive spotlight and it shares some strategic DNA with the most excellent Warhammer Underworlds: Shadespire in that regard. 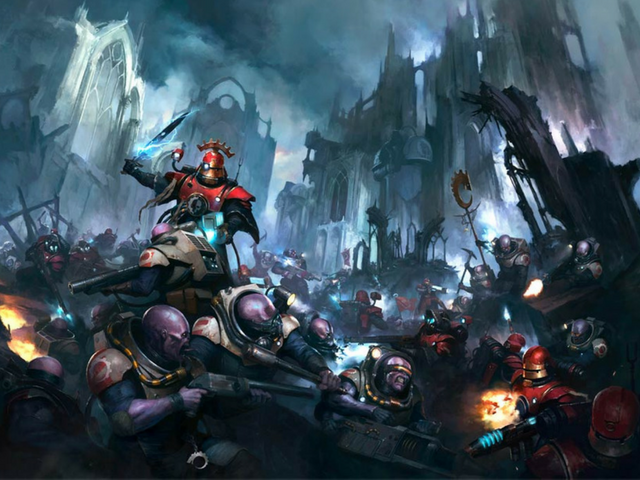 A game such as this lives and dies on customization and Kill Team has it in spades. You can kit out your killmongers in any fashion you’d like, including a large group of models on your roster and selecting special tactic abilities. Each scenario has you using just a fraction of your force and the entire structure is wrapped in a points-system akin to a streamlined 40k. This is how balance is maintained and flexibility achieved.

This is a fantastic release that manages to surpass its skirmish brethren with ease. The product is more fully inclusive featuring nearly every 40k faction and there’s a smaller emphasis on the expansion trickle we’ve seen in Necromunda. Personality and color are the lifeblood of Games Workshop and Kill Team once again comes through.

Are you planning on checking out Kill Team? Let us know in the comments!  And be sure to join host Becca Scott on Game the Game every Thursday here on Geek & Sundry to watch the best boardgames played with fantastic guests!