Steal These RPG Mechanics to Make Your D&D Game Better

New mechanics are coming fast and furious out of Wizard of the Coast’s Unearthed Arcana column. It’s still unclear where and when these new player options will appear in an official capacity, but the new choices have players excited to try out a little something different at their next game session.

Dungeon Masters looking beyond the next playtest release can find inspiration as close of the shelves of their Friendly Local Gaming Store. There are hundreds of different RPGs on the market and each of them offers some ideas on how to modify Dungeons & Dragons to fit a Dungeon Master’s specific style more closely. The options we’ve included below are great first steps in making each game unique while giving long-time D&D players a taste of what might be out there if they open their tables up to new RPG experiences.

13th Age, on its own, has several excellent mechanics that integrate well into a Dungeons & Dragons game. It shares a design structure and designers from earlier editions of the game.  The game encouraged players and DMs to build a D&D world together through things like backgrounds that double as skills and letting players define One Unique Thing about their characters. The big mechanic from this game that would fit in any Dungeons & Dragons game is the Iconic Relationships roll. 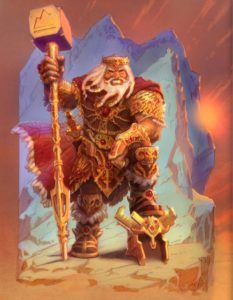 Players choose Icons that are connected to their characters and what their relationship is; positive, negative or conflicted. The Icons of 13th Age are somewhat generic to allow these relationships to define the Icon, but powerful NPCs or factions of a D&D setting could just as easily be used. Establishing that a PC has a positive relationship with Strahd in Ravenloft or a conflicted relationship with the Harpers in the Forgotten Realms opens up some very interesting story avenues. These relationships are also rated from 1-3, with that number of d6 rolled at the start of each session to represent favors from the Icon that the player can use. A result of 6 on the die means the character has access to help from the Icon, while a 5 means they can get help with some strings attached. This help could take the form of an ally in town, some inside info on the main bad guy, or anything that could have a small impact on the storyline. Complicated relationships and favors really ratchet up the drama, because it often means players at cross purposes or needing to do a little something first to get a little something later. Surely, a sweet magical item must be worth whatever tiny favor Strahd might ask in return?

SUCCESS AT A COST

The question at the center of Fate Core is simple but challenging; what are you willing to pay to succeed? Fate players usually spend Fate points and invoke aspects to pay that cost, but there is always the option to succeed. Why? The game offers success at a cost as an option if the player comes up short. Players that choose to succeed at a cost negotiate with the Game Master what they have to give up to succeed. Everything is on the table and the player is always able to walk away if the price is too high. But, sometimes, after an epic lead-up and a less-than-epic roll, adding a little negotiation to the control of the narrative can bring the story to a more satisfying conclusion.

The trick to making this rule work in Dungeons and Dragons is to gauge the cost of success versus what the player might be willing to pay. Delivering a critical blow to a hated villain might be worth the cost of a beloved magical item breaking. Picking the lock to the dragon’s vault might be worth the cost of being haunted by the master thief who failed 200 years ago. Dungeon Masters will be surprised what sorts of trouble players will agree to in exchange for a sure thing. And if the teams can’t come to a deal, failure still stands as an interesting option.

One of the hallmarks of Apocalypse World style games like Dungeon World is establishing relationships between the characters from the start of the game. PCs getting to know each other during game can sometimes bog down play and encourage disruptive behavior if party members mess with each other because they don’t strong narrative reasons for trust or teamwork. Playbooks offer a short list of connections that players fill in the blanks with other characters. If you establish from the start that Devlin can’t be trusted and Falco saved my life, the game can get on with the adventure and leave the awkward first date phase behind. 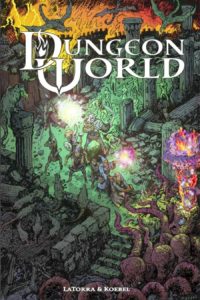 Dungeons and Dragons Fifth Edition already has a similar mechanic for bonds that connect players to the world and reward roleplaying character Ideals and Flaws with inspiration points. Adding a strong Relationship bond to the character sheet doesn’t take much space at all, possibly even replacing one of the Personality traits for Dungeon Masters who don’t want to add more chances to receive inspiration. The DM could whip up a quick chart for random roles, which could let her seed in some story elements like [blank] and I are on the run from the Thieves’ Guild, or she could just let the players hash out short statements toward the end of character creation that fit. The rewards are the same: playing into an established relationship awards inspiration, but relationship bonds are slightly more temporary. Whenever a character levels up, they should change their relationship bond to reflect a change in opinion about their friend, or decide to focus on a new relationship for the next few sessions.

What is your favorite non-standard D&D mechanic? Let us know in the comments.