If you’re anything like me, TableTop gaming is a family experience. Raising a young geek means sharing passions with them unabashedly, but as most parents know, finding games that are fun to play together is like trying to find television shows that are fun to watch together: it can be challenging.

When looking for a family-friendly game for preschoolers, my search skews towards shorter games that don’t require reading, games that reinforce math and spacial skills, and games that still let me feel smarter and more skilled than my child (pure luck games can die in a fire).  I love games where I can still feel accomplished at winning, even against my child. Be forewarned: your child still has a good chance at beating you at many of these games. Check out the list of my go-to’s below. These are not just your regular Snakes and Ladders. 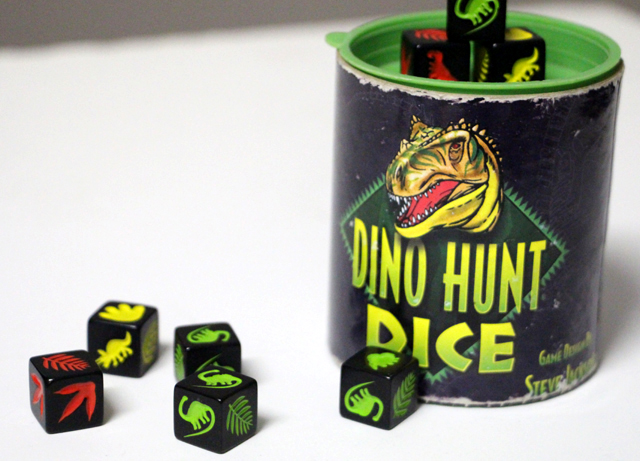 Dinosaur Hunt is a kid-friendly Zombie Dice skin; all the mechanics are the same as the undead version.  Shotguns are replaced with dino stomps and zombies are replaced with one of three kinds of dinosaurs: sauropod dice are green (they’re easy to catch and dodge), triceratops are yellow, and T-Rex are red.

At it’s most basic, it’s a fantastic game to practice numeracy. We make the youngest player the scorekeeper–working with score and adding totals is a great way to develop those math skills. Furthermore, developing a basic strategy and a base understanding of probability are also great skills for gaming, as well as life. My daughter used to play by a hard rule of stopping and counting points after 2 stomps, lest she lose her entire pot, but eventually began incorporating the probability of a final risky roll based on the colors of the dices still in the cup. The game is the perfect way to slowly develop strategic thinking through risk assessment.

The game plays in less than 15 minutes, comes in its own dice cup (meaning it can be played at family restaurants or at picnic tables) and is the perfect road trip game. 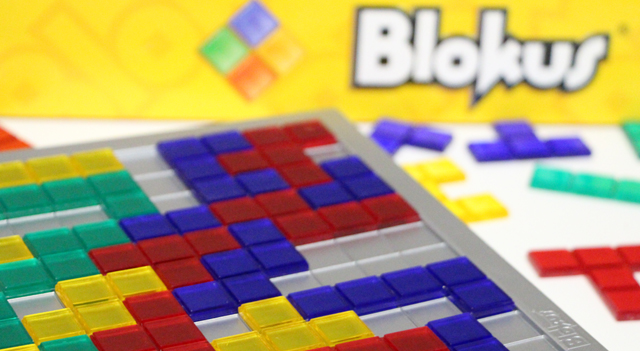 Blokus is such a fantastic game for preschoolers. So good, in fact, that I ended up selecting my child’s day care partly based on the fact that they had this game on the shelf.

Players are given a set of Tetris-inspired shaped pieces that they must put on a board, creating a path where each piece can only touch their own color by the corners. If there are no more available spaces for your tiles, you stop playing. When no more pieces can be played, players count the number of squares left on their remaining pieces; the player with the lowest number wins.

This game is fantastic for developing spacial skills and forward planning, such as making logical decisions (like playing the biggest pieces first and the smallest pieces last) as well as responsive decisions (like cutting off an opponent’s path), as well as personal strategy development. 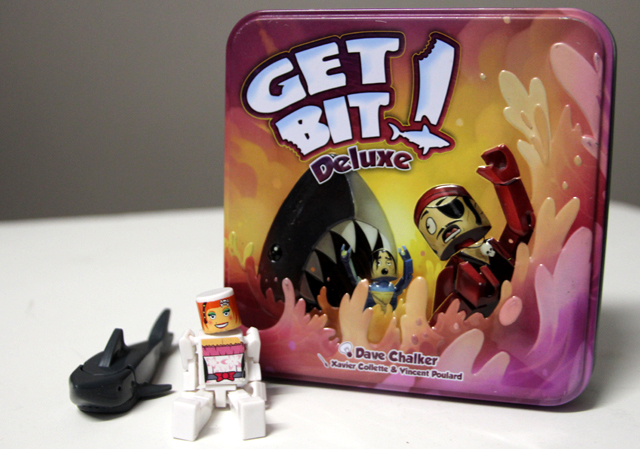 Wil showed how great GET BIT! is for a group of grown adults, but it is also a fantastic game for families. Put the little ones in charge of moving the swimmers and chomping down on the sharks based on the numbers shown on the cards.

With younger kids, older players can play random/blind pull numbers, and as children get older, can play a little more strategically and leverage the bluffing mechanic. It’s also great for a bunch of kids playing together since they love the components and the game rules are less complicated than playground tag. It’s a great game to pack for sleepovers. 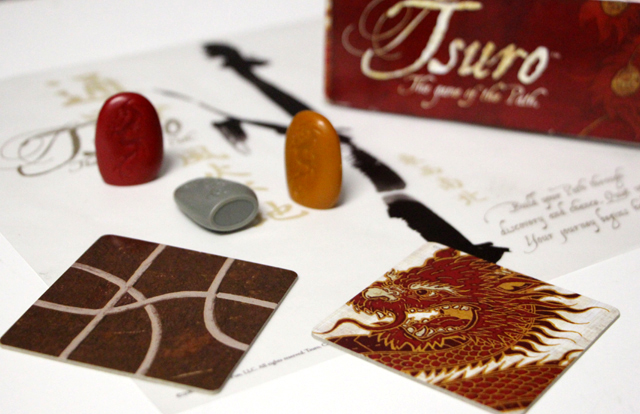 The original Tsuro is a fantastic strategy game for the younger ones. Not only does it reinforce the importance of turn sequence and spacial skills, but it also plants the seeds for personal strategy–a player can choose to be aggressive or evasive and that choice manifests differently on the board. Children have a chance to learn the benefits of both types of strategies playing Tsuro. Victory has multiple paths is a lesson best learned early on.

Are there games you love to play with your preschooler? What games do you remember playing as a youngster? Let us know in the comments below!