The upcoming Stargirl series on the DC Universe streaming service just added an important new character, asÂ  Variety is reporting that Community star Joel McHale has been cast asÂ Sylvester Pemberton aka Starman. The character is being described as “the Golden Age Starman,” a member of the Justice Society of America. It will be a recurring role, as he’s the one who passes on the cosmic rod to the show’s lead character, Courtney Whitmore, played by Brec Bassinger. 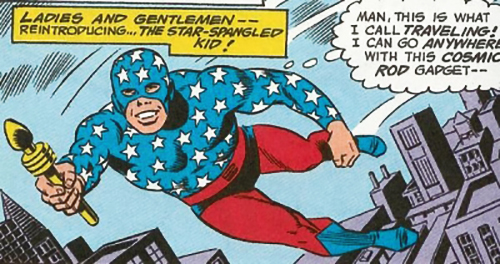 Here’s where things deviate from the comics quite a bit though; in the books, Sylvester Pemberton was known as the Star Spangled Kid, a teenage hero and JSA member during the days of World War II, and not Starman. His sidekick was a guy named Stripesy Dugan, who later grows up to become the future Stargirl’s step dad. But Pemberton was never Starman, that was another hero named Ted Knight, who created the cosmic rod. 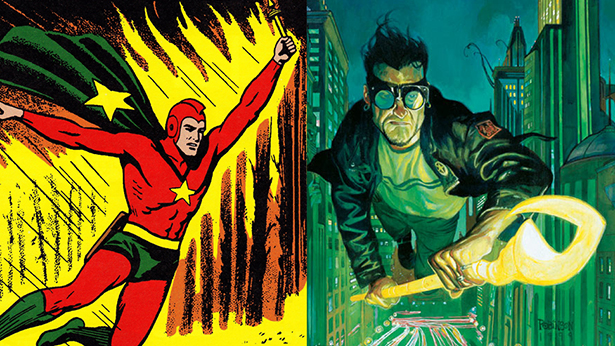 While Pemberton was always Ted Knight’s first choice to pick up the mantle, it never happened, and he chose to call himself Skyman instead. When Skyman was killed off, Ted Knight passed his cosmic rod down to his son Jack Knight, in the seminal ’90s comic Starman. It was Jack who then bequeathed the cosmic rod to Courtney, not Pemberton, so this will be a big change from the comics.Stargirl will focus on Courtney Whitmore, “a high school sophomore who inspires an unlikely group of young heroes to stop the villains of the past” in the series’ official description. This is the first mention of other young heroes on the show, so expect more familiar faces to pop up when Stargirl premieres in late 2019.