Since its initial release in February 2016,  Stardew Valley has become one of the most beloved indie games in recent memory.

In fact, it was so well loved developer ConcernedApe created a multiplayer expansion. The beta began a few months back, so some of us have already experienced farming, fishing, and mining with the squad. However, we now have an official release date for the full multiplayer: August 1. That’s when the game drops on PC, which means you can grab the expansion on Steam, GOG.com, and WeGame. Sadly, we don’t have a release date yet for PlayStation 4, Xbox One, or the Nintendo Switch.

The co-op mode allows you to play with up to three other players. You share a farm, money, and world updates, but the skills, the resources you gather, and the NPC relationships are your own. Players can even marry or divorce each other if they want. Although, if you ask me, the best feature that comes along with the update is that you can put hats on horses. Look how adorable! 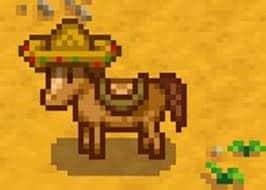 I’ve been playing the multiplayer for the past few weeks with a friend, and it puts a fun spin on a game I already love but have been playing a long time. It’s amazing how much more you can get done with two people, so I can’t imagine what it must be like with four! I’m definitely down to try it.

What do you think? Is multiplayer for Stardew Valley something you’d like to pick up? Let us know in the comments below!