STAR WARS: THE ULTIMATE POP-UP GALAXY Is the Ultimate Pop-Up in the Universe - Nerdist

STAR WARS: THE ULTIMATE POP-UP GALAXY Is the Ultimate Pop-Up in the Universe

Much like Star Wars itself, Star Wars: The Ultimate Pop-Up Galaxy combines innovation and storytelling to create something extraordinary. Although pop-up books have been around for hundreds of years, the level of artistic detail and paper engineering required to create this massive book make it a jaw-dropping experience. You’ll gasp, grin, and won’t be able to resist saying “pew pew” as you unfold each page in Star Wars: The Ultimate Pop-Up Galaxy.

The Ultimate Pop-Up Galaxy, created by paper engineer Matthew Reinhart and illustrated by Kevin M. Wilson, is part of the series of books leading up to the release of Star Wars: The Rise of Skywalker. The book captures some of the most powerful moments from the first eight movies of the Skywalker Saga in paper form, along with mini-scenes from Rogue One and Solo: A Star Wars Story.

Not only does each scene have accompanying text that succinctly summarizes the major events in the films, within each unfolded vignette you’ll find all of your favorite details from the movies. Tiny, instantly recognizable versions of your favorite characters, settings, and starships populate the entire book. 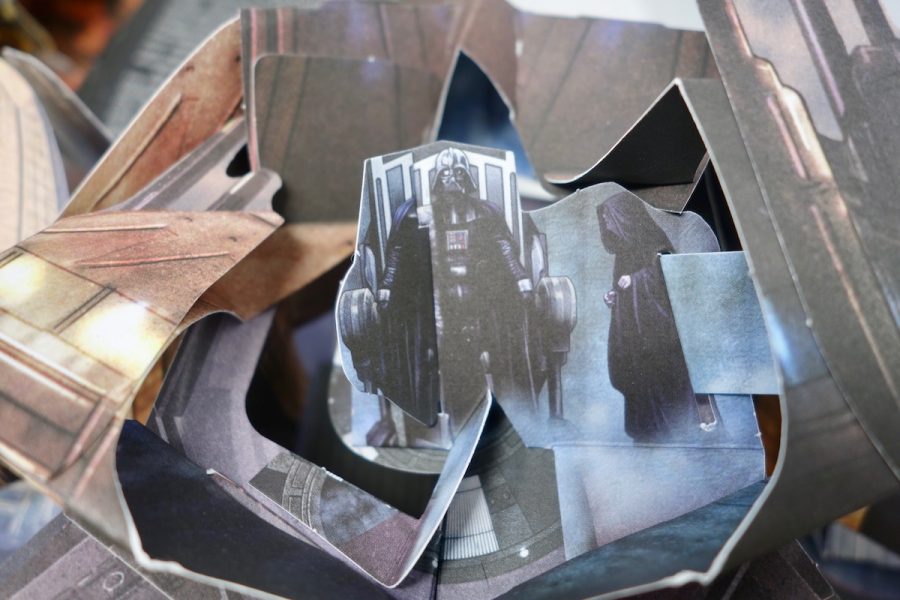 Tiny paper tabs, when gently pulled, reveal even more secrets or kick up the action. As with all pop-up books, the key word is gently; this probably isn’t a book for the smallest Star Wars fans unless you read it together.

To say this book is massive is an understatement. Most incredibly, the entire book unfolds to create a sprawling scene made up of all eight episodes. (You’ll probably have to move it to the floor because the completely opened book likely won’t even fit on your table!) Instructions are included—and necessary—to assemble this graphic rendition of the story of Star Wars, but it’s absolutely astonishing when complete. 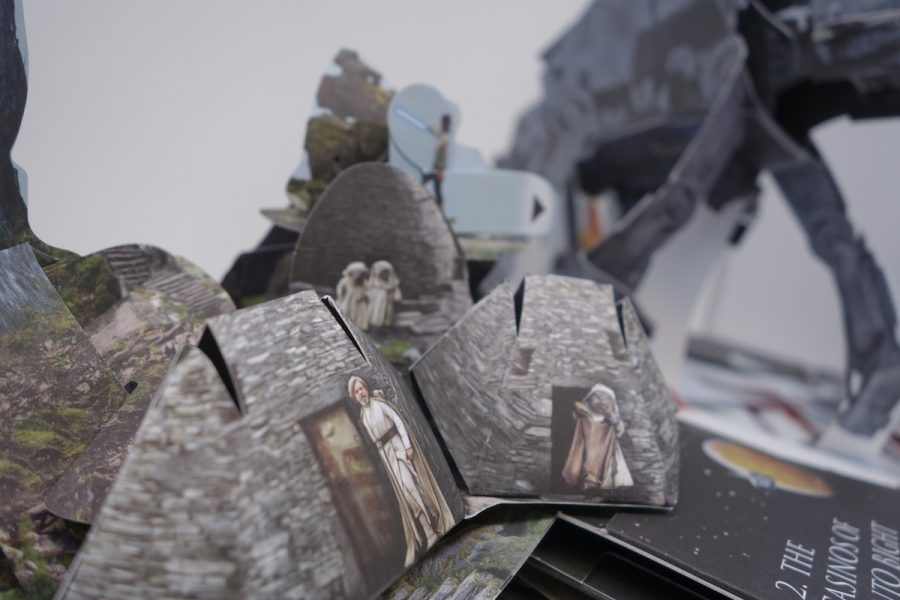 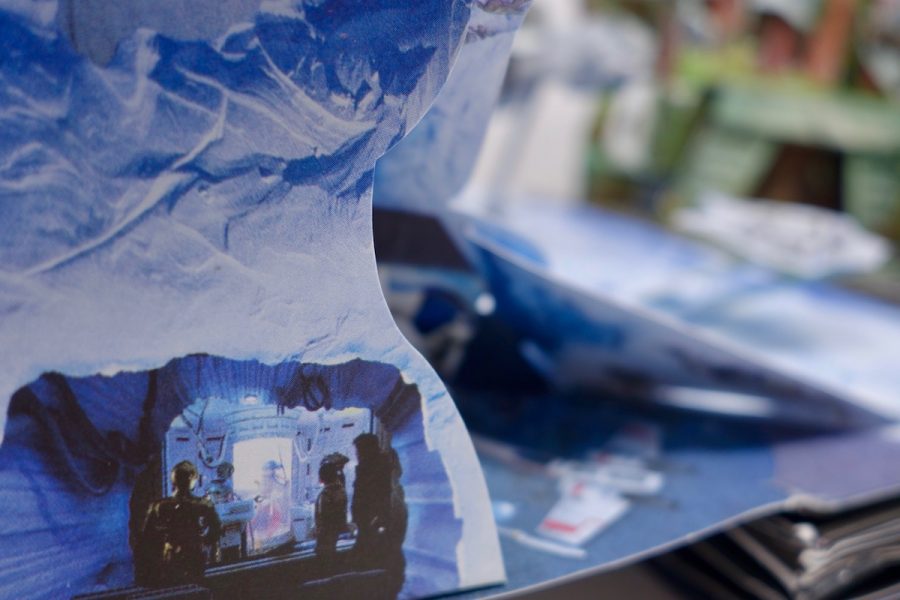 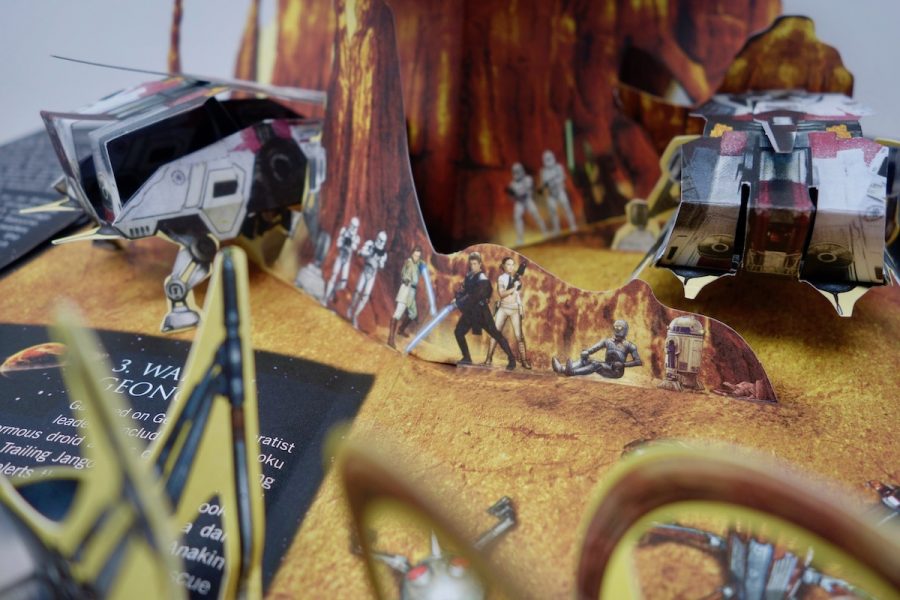 It’s cliché to say that anything makes you feel like a kid again, especially when it comes to Star Wars, but Star Wars: The Ultimate Pop-Up Galaxy actually imbues that delightful sense of wonder in readers of any age. Find it at bookstores and online on October 22, 2019 at a suggested retail price of $85.