The Star Wars Skywalker Saga came to an epic conclusion last December with The Rise of Skywalker. The film wrapped up three trilogies and put a bow on the family legacy. It feels good to be on the other end of it, and to know the fates of our favorite characters, like Luke, Leia, Rey, Kylo Ren, Finn, Poe, and more. But we’re already exited to revisit the film and to watch the journey unfold from the beginning.

Luckily, we don’t have to wait long. Star Wars: The Rise of Skywalker arrives and Blu-ray and DVD on March 31, with a digital release on March 17. Additionally, all nine saga films and Rogue One will get 4K Ultra HD releases on March 31. Best Buy will also release the nine Skywalker Saga films–A New Hope, The Empire Strikes Back, Return of the Jedi, The Phantom Menace, Attack of the Clones, Revenge of the Sith, The Force Awakens, The Last Jedi, and The Rise of Skywalker–as an exclusive 4K UHD box set for $249.99.

All versions of The Rise of Skywalker will come with new bonus material, which may differ depending on retailer. Here’s the full list of expected features: 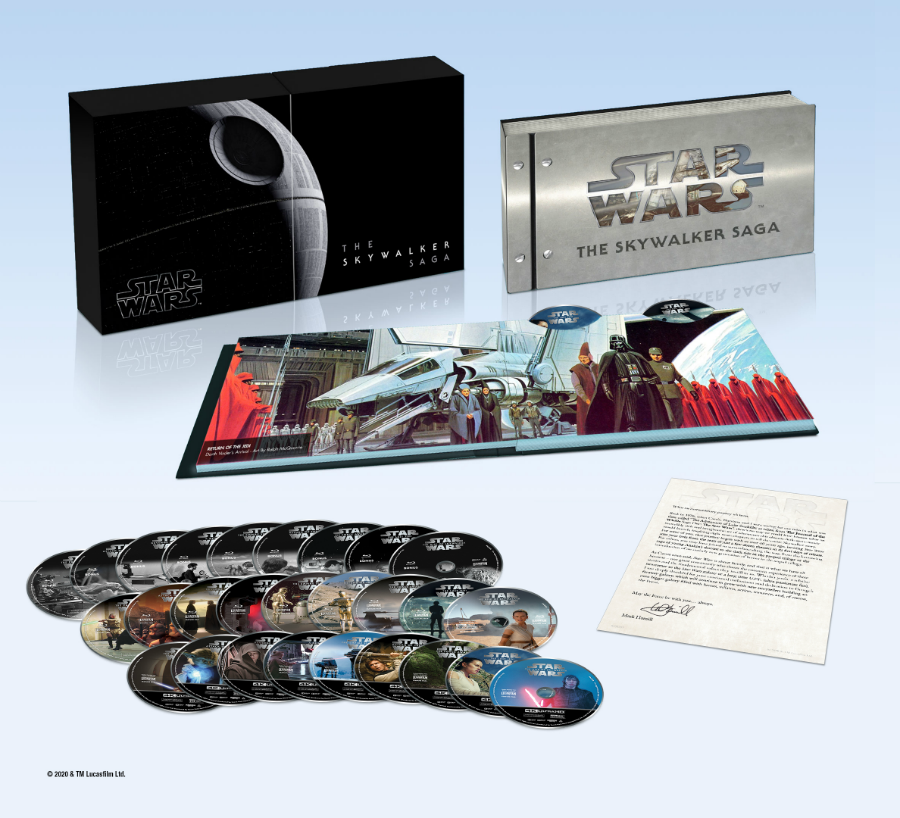 The release sounds like a huge treat for Star Wars fans, although there are a few curious omissions. For instance, there are no deleted scenes or commentary tracks listed. It’s possible that those will appear on future editions (J.J. Abrams released a commentary track for The Force Awakens’ 3D release, for instance), but it still seems a bit odd that the first big push won’t include them. But they know their audience, and true fans will always buy multiple editions just to keep up with all officially released material.

If you aren’t one for physical releases and don’t want to pay big bucks for the digital release, worry not. Star Wars: The Rise of Skywalker will also hit the streaming service Disney+ later this year.