The Skywalker Saga may be over, after 42 years and 9 chapters. But that doesn’t mean there aren’t new angles to examine the core story of Star Wars. Announced via Star Wars’ official site, the upcoming book Skywalker: A Family at War takes a new look at how one family shaped the destiny of a galaxy.

Written by author Kristin Baver, the book will “examine the events that unfolded in the Skywalker Saga on screen as well as through books, comics, and other canonical storytelling. It gives a detailed account of the lives of key members of the family amid their travails and triumphs.” This will be the first time that the entire saga will be told this way. In a statement, Baver said “I’m so thrilled to be able to tell the story of the Skywalkers through the lens of a biographer.” 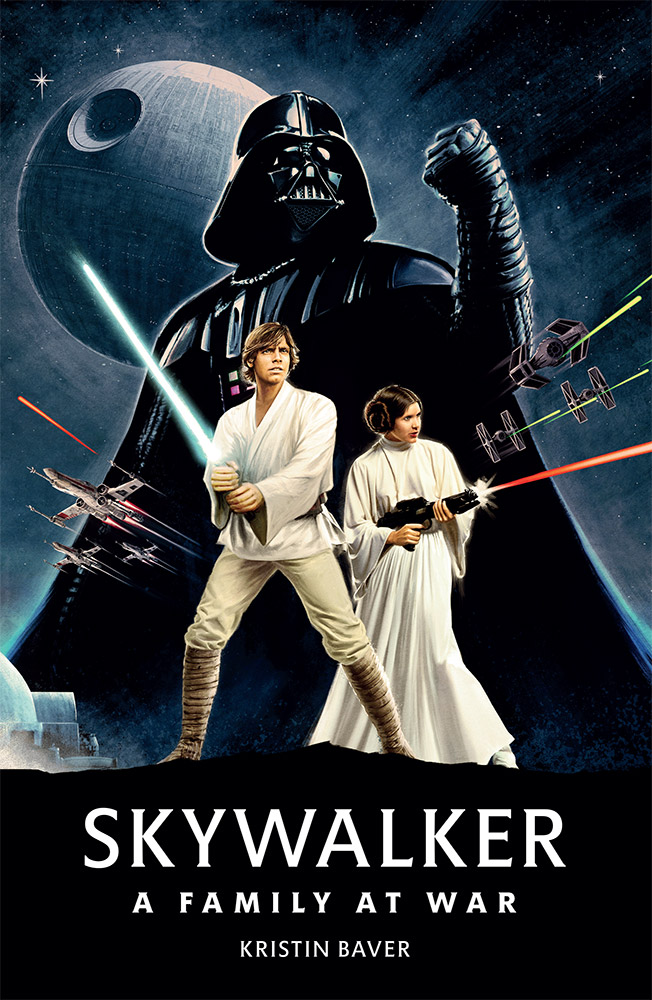 The book will be released on May 4, 2021, better known to fans as Star Wars Day. The book’s cover art by artist Matthew Ferguson pays tribute to the iconic original posters for A New Hope. It also pays homage to concept art that become the cover of the original film’s novelization. All of those early promotional materials always put Luke and Leia front and center. Daddy Vader always looked behind them of as well.

This new book tackles the Skywalker Saga as if it were a historical biography. It will trace the family from Shmi Skywalker all the way to Leia’s son Ben Solo. Rey Skywalker, who carries on the legacy and surname, is also a key part of the family history. It will be fascinating to see what canonical details Baver adds to the family story. Especially in regards to Anakin’s mother Shmi, who we know so little about.

Skywalker: A Family at War is available now for pre-order, and hits shelves on May 4.