Warning: Serious spoilers are ahead for the Star Wars Rebels season four episode “Jedi Night.” Jump into hyperspace and away from this page if you haven’t watched the episode yet.

When you get so invested in a story and its characters that you cheer their victories and experience their losses in your heart, it’s a gift. Albeit, sometimes it’s a painful gift that makes you say the storyteller’s name like a curse word, but a gift nonetheless. Star Wars Rebels is one of those stories that has claimed intense devotion of fans over the last four seasons, and in Monday night’s episode, the Ghost crew—family, really—said goodbye to one of their own. The fight against the Empire just got very personal for them. 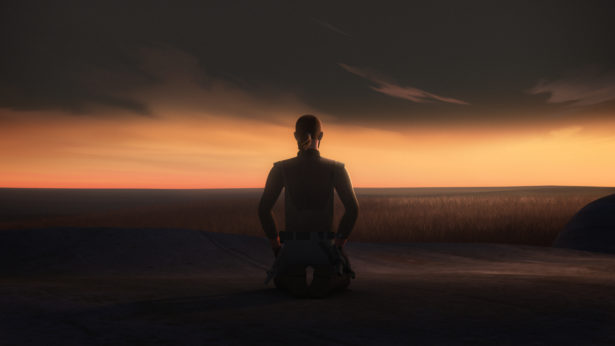 Losing Kanan Jarrus, voiced by Freddie Prinze Jr., wasn’t easy to watch. But given where the character started and his struggles and developments over the course of the series, I understand. Star Wars Rebels executive producer Dave Filoni spoke about Kanan’s death after a screening of “Jedi Night” and other episodes on Friday at Lucasfilm. He confirmed, no, it wasn’t about Yoda’s line in Return of the Jedi. “It has nothing to do with that. I can’t stress that enough. Rebels exists apart from whatever the consequences of all the other characters are, and you don’t know when Yoda tells Luke that what he’s trying to drive Luke towards,” Filoni said. “It’s like when Obi-Wan tells Luke, ‘Your father’s the best starfighter in the galaxy.’ I’ve always been like, ‘Well, we sure shot Anakin down a lot in Clone Wars.’ So, that’s not necessarily true either.”

He continued, “People take every line as this complete doctrine, and that’s absolutely not the case. To try to believe–you have to then parse that line out and start dividing it. Like what does it mean even to be a Jedi and does Yoda get to be the only person to define that. What he’s saying is, ‘You’re the only person left, Luke, trained in the art of a Jedi and being a Jedi that is around right now the way that Obi-Wan and I taught people.’ I could take it that way.” 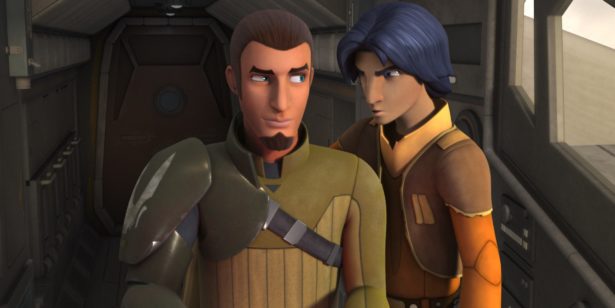 Instead, it was about getting Kanan to a place that could help Ezra. Kanan, as the mentor, had to figure it out first. Filoni related Kanan to Gandalf. He explained, “A lot of my modeling comes from a lot of my exposure to reading Tolkien. Gandalf is not a complete mentor. He’s way more down the path than anyone else, but he’s not complete. That’s why he’s very symbolically gray. He has to figure it out along the way and then attain a new level. Kanan has to also attain a new level before his apprentice can attain anything. And then you see the consequences of Ezra’s actions. He doesn’t get the lesson immediately. He doesn’t understand what’s going on there and he falls into self pity and he falls into fear, and all of those things start to consume him again. The wolves go, ‘Whoa. This is what he did for you, and this is what you give back?’ They get angry. They sniff that out. The biggest thing the wolves smell on him is fear.”

The cast and crew discuss that more in the newest Rebels Recon.

In Kanan’s final heartbreaking moment, the Jedi regained his sight. That was with purpose. “In that moment he’s not bound as this material thing that the physicality of sight would be a limitation to him,” Filoni said. “He tells Hera at one point before they go to Malachor, ‘We’ll see each other again.’ I felt that this was a follow through. And it happened because when I was drawing the storyboards for that scene at my desk–a lot of those scenes I’ll sit there and personally pick all the shots and how I want it–I was drawing Kanan and I had drawn his eyes in. I was looking at it and thought, ‘Yeah, he should look at her.’ It happened that way. You have to seize the moment when you’re telling stories, and it was just a fluid thing.”

Sketching out those scenes wasn’t cheerful. Filoni teased that despite what fans think, he’s not gleeful about killing off a character. He recalled, “When I was drawing that scene, it was getting depressing. I’m in my office, I’m by myself. I called Freddie [Prinze Jr], and I was like, ‘Man, what are we doing? This is depressing.’ And he was like, ‘You gotta do it. Go on. Kill me.’ He was so sure about it from years ago. When we would first talk about the character, he was resolute about the fact that his character needed to die. And he’s right. But it was really difficult. It was a challenging thing to do, and I didn’t take it lightly.”