One of the major revelations of Star Wars: The Last Jedi was that Rey, the leading heroine of the new trilogy, had truly come from nothing. She’s not a Skywalker, a Solo, a Kenobi, or even a Palpatine. Not everyone was happy about that creative decision, but it’s something that could potentially be revisited in Star Wars: Episode IX. Director J.J. Abrams is set to begin production on Episode IX in just a few weeks, and he may be joined by a familiar face: Ewan McGregor as Obi-Wan Kenobi. Today’s Nerdist News examines how Obi-Wan’s return could change everything we thought we knew about Rey.

[brightcove video_id=”5802223126001″ brightcove_account_id=”3653334524001″ brightcove_player_id=”rJs2ZD8x”]Join host and future Force ghost,  Jessica Chobot, as she goes over a report from The Sun that McGregor is set to return to the Star Wars franchise. Normally, we don’t put a lot of stock in the British tabloids, but there are a few reasons to believe this could happen. First, McGregor has already returned for a quick vocal cameo in The Force Awakens during Rey’s Force vision. Of course, there’s also a rumored Obi-Wan Kenobi film in development, an idea which McGregor has repeatedly expressed interest in.

It’s possible for McGregor to spend a few minutes on screen as a Force ghost. If Anakin Skywalker gets to choose to be his younger self in the Force afterlife, then surely Obi-Wan would do it too. Alternatively, McGregor’s iconic character could appear as part of a Jedi Holocron message for Rey to discover. 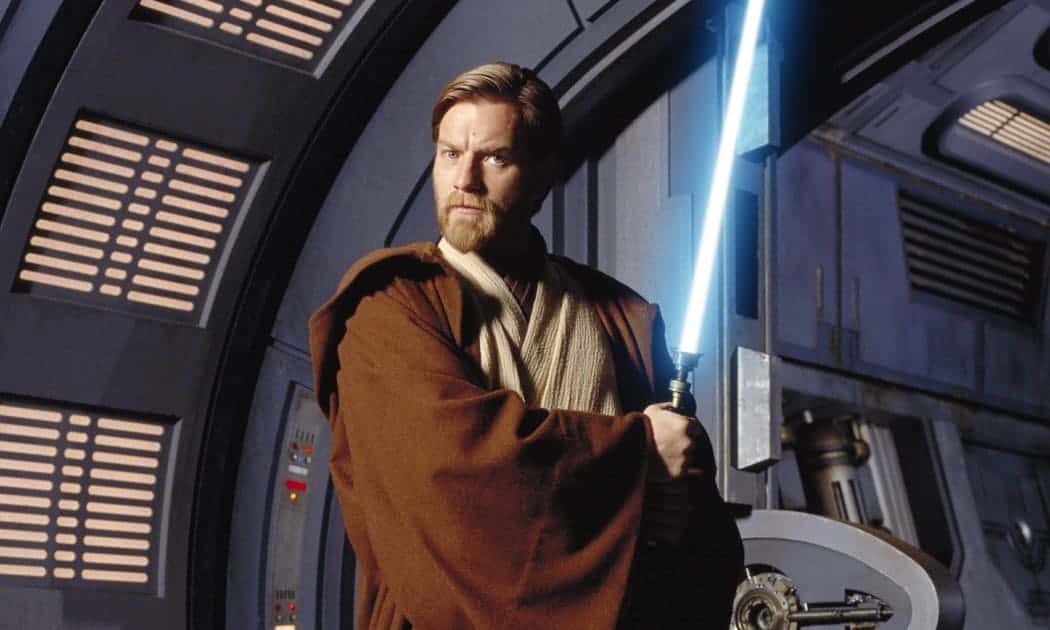 As far as we know, Obi-Wan never had any children of his own while he was living on Tatooine and watching over Luke Skywalker. Then again, we haven’t seen the vast majority of his life on that planet. If Abrams were to retcon Rey as a lost Kenobi, it’s not without precedent. George Lucas didn’t settle on Leia as Luke’s sister until Return of the Jedi, when Obi-Wan delivered his infamous line: “from a certain point of view.” If anyone should hand down a complete reinvention of Rey’s history, it should definitely be Obi-Wan.

Do you think Rey’s parentage should be revisited in Episode IX? And do you still want an Obi-Wan Kenobi solo film? Let us know in the comment section below!