People sometimes describe Star Wars‘ Yoda as a Muppet, but he could have been a lot more Muppet-like. Conceived as a science-fantasy take on the archetype of the wise old martial-arts master, his design began humanoid and gradually went through stages that evolved him into something stranger, more alien, and ultimately easier to love. The closer puppets get to humans, the more likely they are to have a bit of an “uncanny valley” effect in three-dimensional motion. But take a good look at this early concept, now immortalized in a bust by Gentle Giant, and you see the start of several ideas that wound up going in other directions. Labyrinth‘s Hoggle and The Dark Crystal‘s Gelflings, for example, look to share some DNA with this green guy. And Mel Brooks definitely got some Yogurt inspiration. 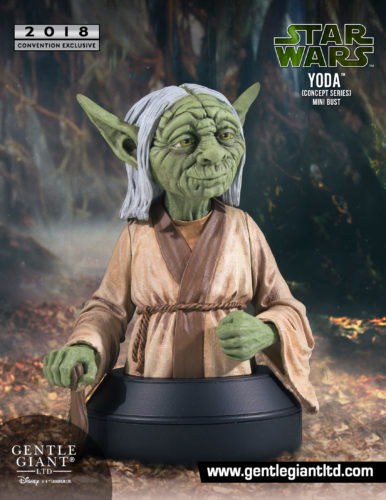 The concept Yoda is a San Diego Comic-Con International exclusive, limited to 750 pieces (i.e. if you want one, go line up at GG’s booth before you do anything else) and costing $100. However, a handful are available to current members of the company’s Premier Guild premium membership, with platinum-level members having access right now, gold-level getting it starting at 9:30AM Pacific on Tuesday, June 18, and all guild members starting 9:30AM PT on Wednesday at Gentlegiantltd.com. 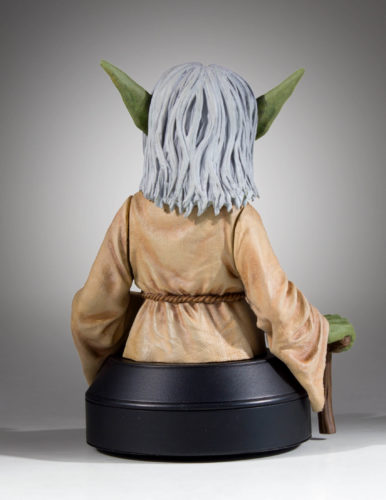 Check out some more pics of this alternate-universe Jedi master below. And should you decide you’ve gotta have one, may the Force be with you.

Do you like this different spin on a classic? And how do you think Dave Filoni will inevitably find a way to work him in to the new canon as a totally different character? Let us know in comments. 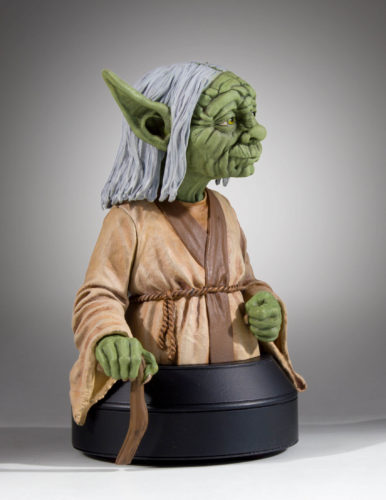 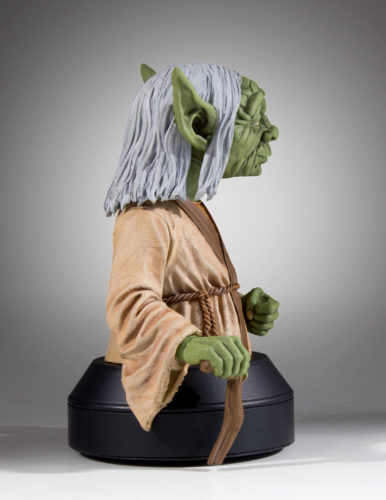 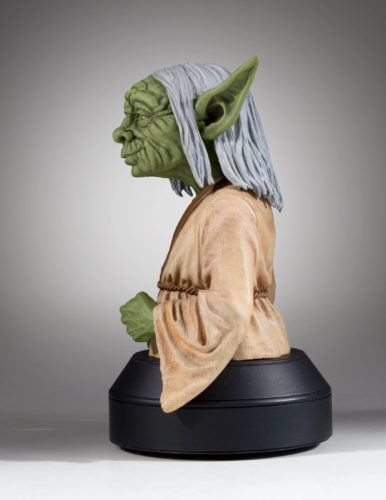 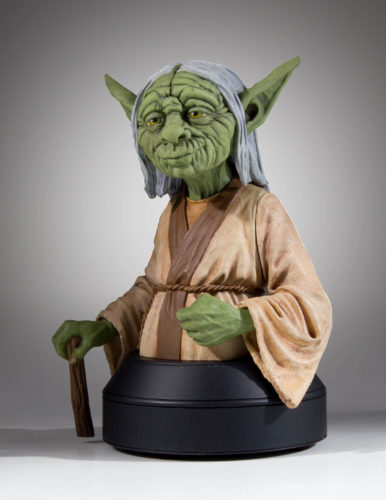