The vision of the future that Star Trek painted for us is one that remarkably resembles our world today. With video conferencing, widespread use of tablets (a.k.a. datapads), voice recognition, and 3D printing that looks like a solid precursor to replicators, it’s clear that a lot of technological innovations have been influenced Star Trek.

Transparent aluminium is one technological advancement that is quintessentially Trek, wholly due to it being a substantial plot device in Star Trek IV: The Voyage Home. Scotty barters the chemical structure of transparent aluminium for materials to transport some whales to save the world in the future, after which Bones raises the concern of having just created a time paradox. Yes, it sounds ridiculous, but there really isn’t anything more Star Trek than that, unless you also include transporter and holodeck malfunctions.

But here’s the thing: it’s real and has been around for years. Surmet, an engineering firm, has been manufacturing a transparent aluminium material for industrial, military, and scientific applications, for things like body armour and bulletproof barriers that can deflect a .50 caliber bullet. 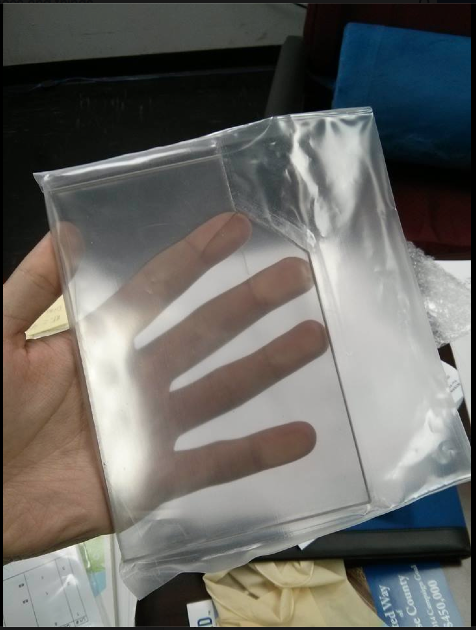 Moreover, we could be seeing its application in consumer products, as a group of scientists at the University of Tokyo’s Institute of Industrial Science have published a paper about a transparent aluminium material that could potentially be used for electronic displays, like those of tablets, smartphones and laptops. Perhaps our future holds impossible-to-crack smartphones screens, or perhaps this material even becomes the glass consoles on the bridge of a starship.

What do you think? What Star Trek-inspired innovation is the one you’re looking forward to seeing the most? Let us know in the comments below!