Thanks to the original Star Trek series, over the past several decades the word “red shirt” has become synonymous with “expendable, soon-to-be-dead extra” This is because on the classic series, security officers wore red, while command wore gold, and science and medicine wore blue. And of course, those poor security dudes seemed to always get killed offed by some random alien on an away mission, while Kirk and Spock got away unscathed. And usually they got killed without even getting any speaking lines! Oh, the indignity.

But what if this notion that “red always equals death” has been wrong these past 50 years? Thanks to the folks at Space.com, we’ve learned that at the recent Star Trek: The Math of Khan talk, which happened on April 6 at the Museum of Mathematics, it was revealed that wearing a red shirt might not have given you the greatest odds to an untimely demise after all. The talk was introduced by Connor Trinneer, who played Commander Trip Tucker on Star Trek: Enterprise, but the star of the talk was mathematician and lecturer James Grime, who dropped the hard statistics on the Trekkers in the audience.

Thanks to Grime and his statistics, we learned that, yes, it is true that more red shirts died on-screen than any other kind of member of the crew (10 gold-shirted, which are command personnel; eight blue-shirted, who are scientists; and 25 red-shirted). However, those calculations do not take into account that there are apparently way more red shirts on the Enterprise to start with than any other crew type. This skews things a bit. (There were a couple of red shirts who always came away unscathed…what were their names again??)

According to Grimes, who referred to the handy old Star Trek Technical Manual, over the course of three seasons, out of 239 red shirts, 25 died, which is 10 percent. Out of 55 goldshirts, 10 died, which is 18 percent. So you are more likely to die as a gold-shirted command officer, it seems. Oh, and only a mere 6 percent of the blue-shirted scientists died over the course of the show. So if you’re going to join Starfleet, kids, remember, science is where it’s at. If you want to make it back from that five-year mission in one piece, that is.

What do you think of this mathematical reveal? Are you changing your Star Trek cosplay from “dead red shirt” to “dead gold shirt” at the next convention? Let us know down below in the comments.

From math to science… 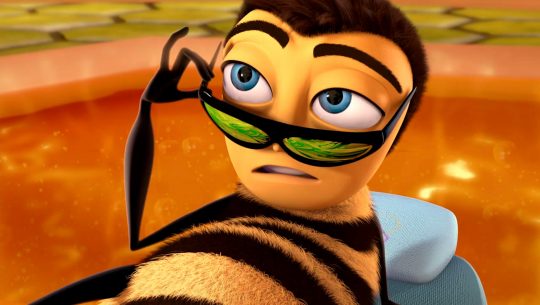