With the trailer for Spider-Man: Far From Home, we now have confirmation that two of Spidey’s less popular and well known villains are making their live-action debuts. Yes, both Molten Man and Hydro-Man are coming to the big screen. Or at least, the water and fire elementals of the film take direct inspiration from those two baddies. Which leads us to wonder, what other deep catalog Spider-Man villains could use a Hollywood face lift? Here are our five choices for deep-cut Spidey antagonists who could use some cinematic redemption.

Although debuting as an enemy of the Fantastic Four’s Human Torch in the early ’60s, the armored criminal called the Beetle would become a recurring baddie for Spider-Man over the decades. Although he popped up over and over for years, he was more or less a C-lister for most of his existence. But he has a lot of attributes that if executed correctly could make for a cool on screen villain.

The first and most famous Beetle was Abner Jenkins, a former master mechanic who got bored of his life and became a criminal to seek fame and fortune. He designed an Iron Man style armor for himself and set out on several crime sprees, and clashed many times with Peter Parker. Given Peter’s own relationship with Tony Stark, a villain who is essentially a mirror image of his mentor could be cinematic gold. Maybe just give that armor design a once-over. 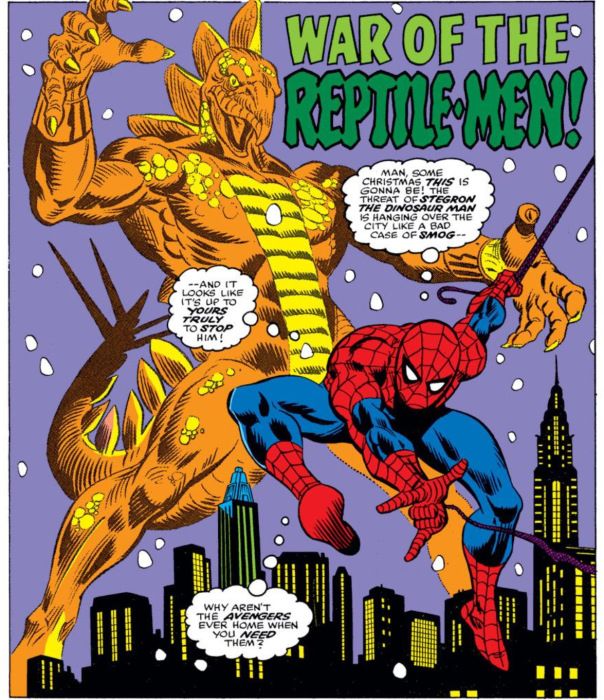 One of Spidey’s most beloved and classic villains is Doctor Curt Conners, a.k.a. the Lizard. Essentially a “werelizard,” this reptile man appeared in human form in two of Sam Raimi’s original films, and and as the Lizard in 2012’s The Amazing Spider-Man. But there is yet another reptilian man who has fought Peter Parker over the years that gets no where near as much love from fans, and that is Vincent Stegron, the Dinosaur Man.

An associate of Dr. Conners, he used a similar formula to infuse dinosaur DNA into himself and became a monster who fought Spider-Man several times. He made his comics debut in Marvel Team-Up #19 in 1974. His motivations and character in the books are not as rounded as Conner’s, but the basis for a cool and dangerous on screen villain is all right there. Who doesn’t want to see Spidey fight an evil version of Barney? 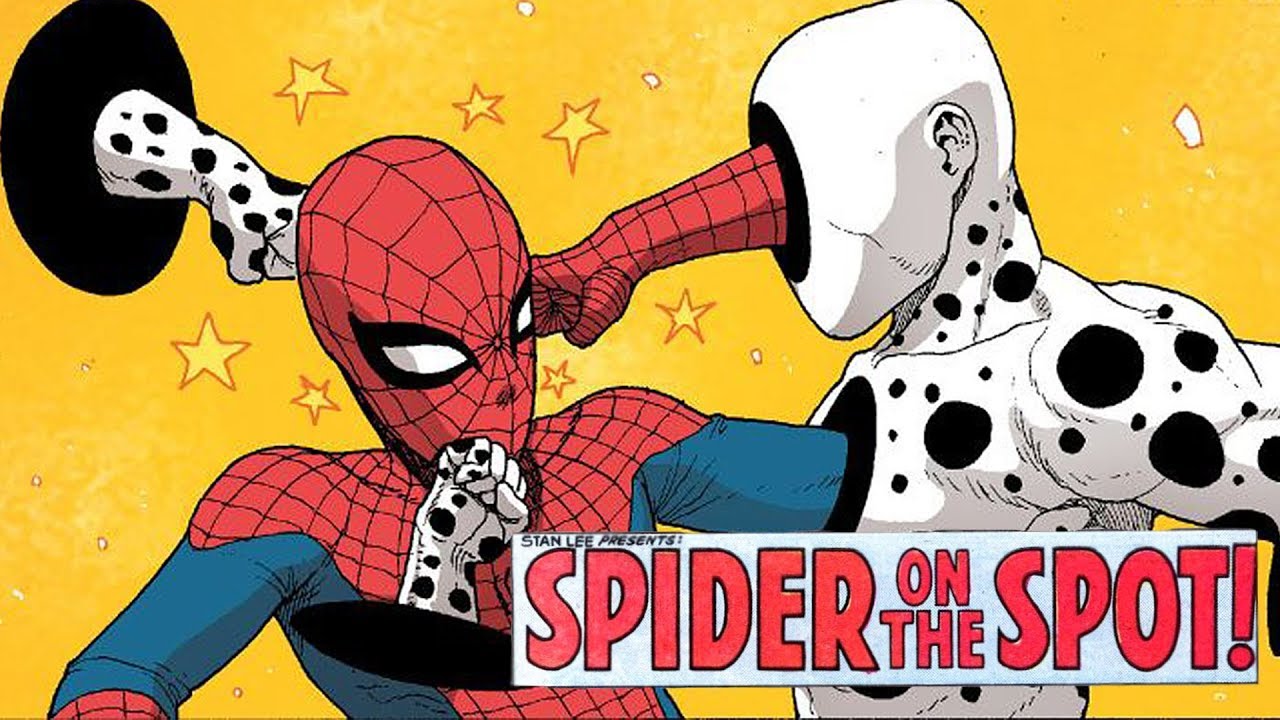 First appearing in Spectacular Spider-Man #97  in 1984, this character’s whole look is really campy. The Spot was originally Dr. Jonathan Ohnn, a scientist who  discovered a series of circular portals to other dimensions. These portals later attached themselves to his body, covering him in black circles that were actually doorways through time and space.

Of course he became a super criminal, but his entire visual aesthetic just looked like black polka dots on a white bodysuit, and therefore he appeared very un-menacing. But despite his status as a joke villain, those powers could be super cool on screen. Just ditch the costume from the comics (and probably the name “the Spot,” he sounds like a dog) and you could have a winner.

Not that many filmmakers probably wanted this third-tier Spidey villain in their movie, but he does have potential. William Turner first appeared in The Amazing Spider-Man #138 and popped up only a handful of times thereafter. Born with his telepathic powers turned on instead of developing at puberty like other mutants, Turner had a giant cranium that made him look like an alien from a 1950s sci-fi B-movie.

Unable to control his powers he turned to a life of crime, as one does in comics. With his mental abilities too much of a burden, he actually welcomed his own death so his torment could end. But despite the cheesy name and look, a villain with these powers could be one of movie Spidey’s biggest threats. Just as long as he doesn’t look too much like Peter Sarsgaard in the Green Lantern movie.

First appearing in 1965’s Amazing Spider-Man #25, Spencer Smythe was a robotics genius who created a series of deadly machines known as the Spider-Slayers. Spidey’s #1 non-fan J. Jonah Jameson paid Smythe to create a series of deadly robots to go after Spider-Man. One of these had Jameson’s face on its screen for taunting. All so Spidey would know it was Jameson behind it all. The character was eventually killed off (then cloned, because comics), but the basics of a guy who makes killer robots for Spider-Man to fight against is truly movie worthy.