All mammals need milk when they’re born. That’s true of creatures that live on both the land and in the sea. But while we’re all familiar with how human mothers breastfeed their children, it’s only now that we know what it looks like when a sperm whale does. National Geographic has captured the first-ever footage of the animal nursing. And it’s even more incredible than you’d think.

Disney+ has shared a scene from its upcoming nature documentary series Secrets of the Whales. It comes from executive producer James Cameron, with Sigourney Weaver narrating. The series “ventures deep into the world of whales to witness the extraordinary communication skills and intricate social structures to reveal life and love from their perspective.”

That will include never-before-captured footage of a sperm whale calf nursing from its mother. It’s the first time the feeding has ever been filmed. As you might imagine, the process is a little bit more complicated for the giant sea creatures. The mama can’t exactly pick her child up in her arms. (Because she doesn’t have any.) It requires a seemingly complicated, very careful series of maneuvers that also looks like a graceful dance. 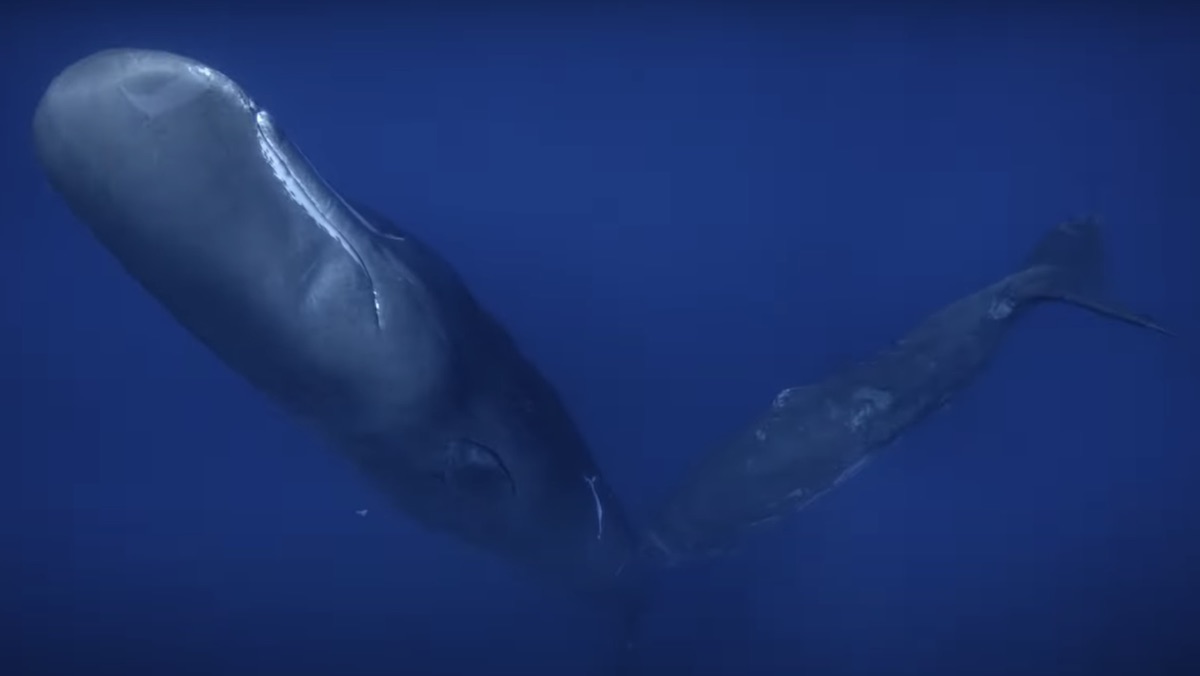 This clip is one heck of a promo for the show, which required three years of filming at 24 locations around the world. Disney+ says the series will offer viewers an in-depth look at the life of whales. That will include many other amazing new moments. From an official press release:

“Additional never before seen moments featured in the series include: evidence suggesting that Belugas give themselves names so groups can keep track of each other; baby belugas sharing their moms’ call signs, scientists learning that a baby sperm whale suckled from its mother when they saw the footage, 30,000 humpbacks charging down the coast of Australia towards Antarctica and using breeches to talk to each other, and the first cross-species adoption ever recorded; Beluga pod adopts narwhal as part of the pod.”

All four episodes of Secrets of the Whale debut exclusively at Disney+ on Earth Day, Thursday, April 22, 2021. If the whole show is as good as this clip it should be a beautiful journey.