'Spanish Stonehenge' Re-emerges after 50 Years Due to Drought - Nerdist

‘Spanish Stonehenge’ Re-emerges after 50 Years Due to Drought

Many parts of Europe have experienced record-setting heatwaves this year, with some countries reporting new national temperature highs of more than 104 degrees Fahrenheit. Thanks to this frightening heat, Spain, which has been hit especially hard, has suffered from a drought that has wilted farmers’ crops, and negatively affected tens of millions of Spanish citizens. But Spain’s drought has also revealed something that had been lost to observation for over 50 years: A 7,000-year-old structure dubbed the “Spanish Stonehenge.” 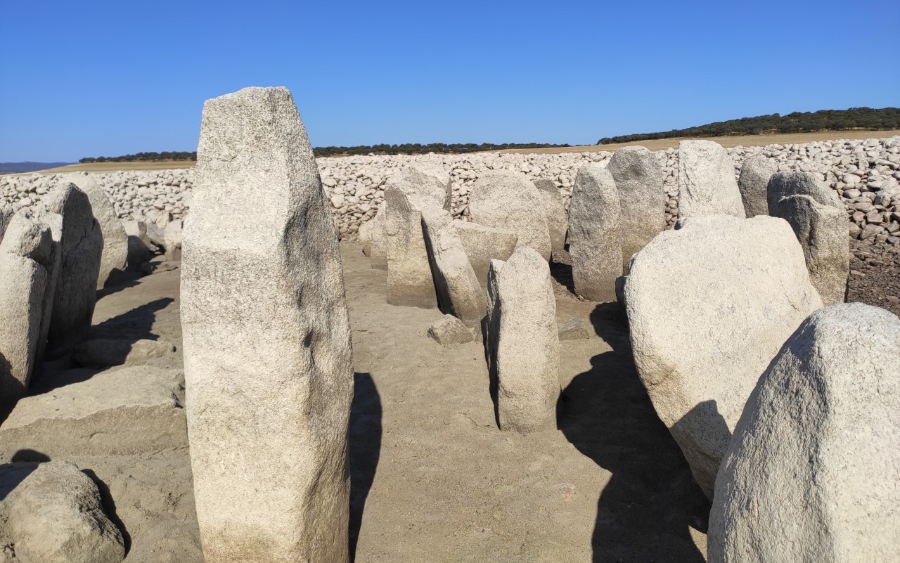 The “Spanish Stonehenge,” which is known officially as the Dolmen de Guadalperal or “the treasure of Guadalperal,” is located in the Valdecañas Reservoir. The reservoir—which is located 188 kilometers southwest of Madrid—was constructed by the Spanish government under Francisco Franco in 1963, and while the Dolmen de Guadalperal had already been discovered in the 1920s by at least one archaeologist, Hugo Obermaier (from Germany), it wasn’t until after the reservoir had been filled in that Obermaier’s findings were published. 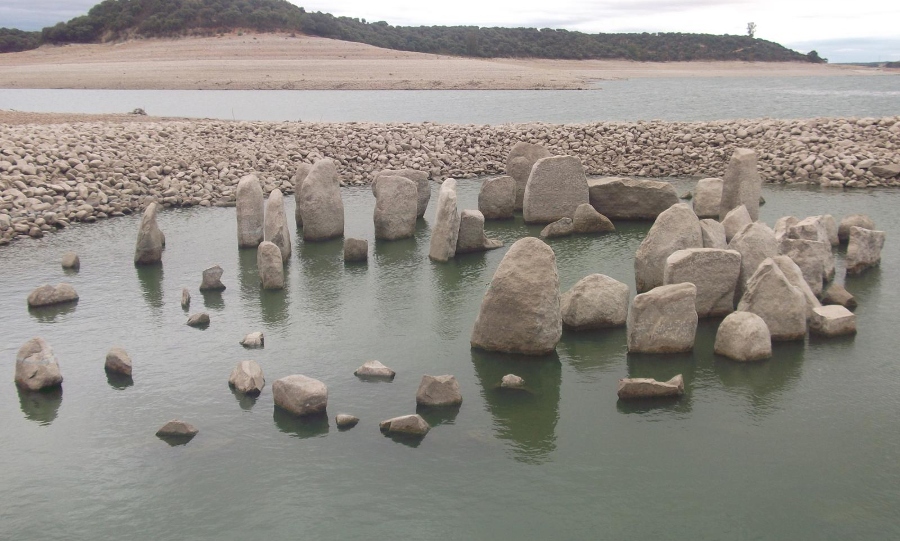 But the severe drought in Spain has caused water levels to drop in the Valdecañas Reservoir, once again exposing the lost stone treasure. According to an article published by NASA’s Earth Observatory ( via Gizmodo), the treasure of Guadalperal is a circular monument made up of more than 100 standing rocks, and was likely used as a site for religious rituals, a trading hub, or even as a tomb. And while it’s obviously impossible to say for sure, we’re going to guess trading hub, because, as NASA notes, this would’ve been a good point at which people could’ve crossed the Tagus river. Also, one of the large stones has a “squiggly line” carved into it, which may have been a map of the Tagus river.

The Dolmen de Guadalperal is likened to Stonehenge because of its use of large vertical stones, which are placed in a circular formation and were likely dragged over to their construction spot from miles away. The vertical stones were also likely topped with horizontal ones, which again is reminiscent of Stonehenge. 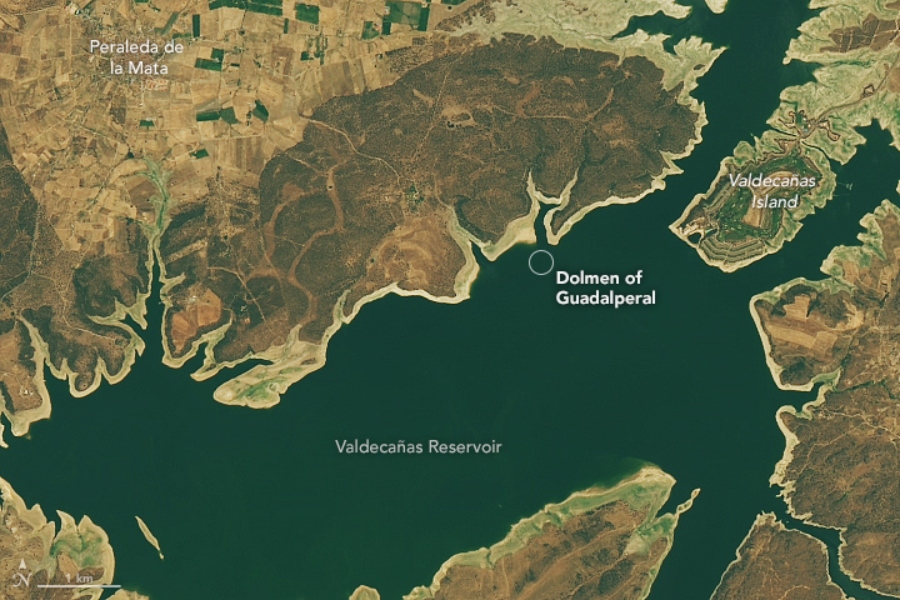 Moving forward, the Dolmen de Guadalperal will likely be resubmerged again soon when fresh rains come, although a local cultural association, Raíces de Peralêda, is trying to have the stones that make up the monument moved to a location that would allow them to be permanently visible.

What are your thoughts on this “Spanish Stonehenge”? Does it blow your mind that early peoples set up these kinds of structures independently at different spots in the world? And what do you think should be done with the stones that make up the monument? Let us know in the comments!